Natan Sharansky has dedicated his life to the Jewish People.  As a dissident in the Soviet Union, Natan fought for the freedom of Jews to leave the Soviet Union and spent 9 years in Soviet prisons for it.  On his release from the Soviet Union, due, in part to the hard work of the Worldwide Jewish Community, Natan made Aliyah to Israel eventually spending another nine years in Israeli politics, with the goal of helping his fellow Soviet Jews make a new life in Israel.  After leaving politics, Natan became the head of the Jewish Agency a position he held for another 9 years.  Natan is the author of four books and has received many awards and accolades over the years including the Congressional Medal of Freedom, and the 2020 Genesis Prize.

Dr. Charles Asher Small is the founding Director and President of the Institute for the Study of Global Antisemitism and Policy (ISGAP).  He is also the Director of the ISGAP-Woolf Institute Fellowship Training Programme in Critical Contemporary Antisemitism Studies, Woolf Institute, Cambridge, UK; and was an Academic Visitor, St. Antony’s College, Oxford University.  He is also the Goldman Fellow, Harold Hartog School of Government and Policy, and a Senior Research Fellow, Moshe Dayan Centre for Middle East and African Studies, Tel Aviv University.  Previously, he was the Koret Distinguished Fellow, Hoover Institution, Stanford University.

Charles was the founding Director of the Yale Initiative for the Interdisciplinary Study of Antisemitism (YIISA), the first interdisciplinary research center on antisemitism at a North American university. At Yale he taught in the Political Science Department and the Program on Ethics, Politics and Economics, and ran a post-doctorate and graduate studies fellowship program at YIISA. He was an Associate Professor and the Director of Urban Studies at Southern Connecticut State University (SCSU), and an Assistant Professor at Tel Aviv University in the Department of Geography. He lectured internationally and worked as a consultant and policy advisor in North America, Europe, Southern Africa, and the Middle East. Charles specializes in social and cultural theory, globalization and national identity, sociocultural policy, social movements, and racism(s) – including antisemitism(s). 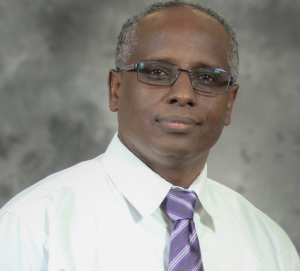 Fentahun Assefa-Dawit has been appointed Director of Operations to expand research initiatives and partnerships with the African Union, universities and research centres in Morocco, Rwanda, and South Africa. Fentahun has been fully engaged in community service, advocacy and leadership development. He has managed two Jewish Agency absorption centres and was responsible for the oversight of more than a thousand new immigrants from Ethiopia. His work included the protection of the immigrants during the harrowing days of the second Lebanon War in 2006. Fentahun also served as Executive Director of Tebeka, an advocacy organization for justice and equality for Ethiopians living in Israel. 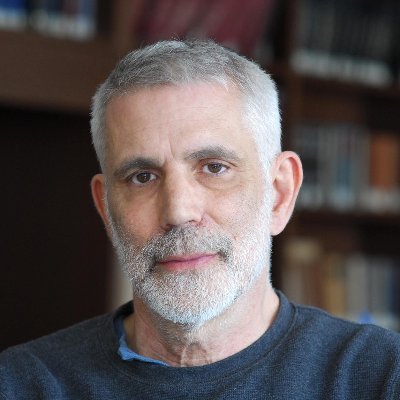 Professor William Kolbrener is currently a fellow at the Institute for Advanced Studies at the Hebrew University in Jerusalem. An expert on the English Renaissance, Kolbrener has written books on John Milton and Mary Astell. He has also written Open Minded Torah: Of Irony, Fundamentalism, and Love, as well as The Last Rabbi, Joseph Soloveitchik and Talmudic Tradition. His work Literature and the Sacred: God and Reading in a Time of Pandemic is forthcoming. 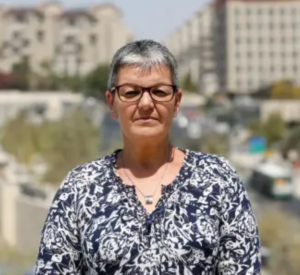 Sima Vaknin-Gil, Strategic Advisor, ISGAP
Sima Vaknin-Gil is a a Strategic Advisor at ISGAP. She is engaged in several initiatives fighting against global antisemitism, one of which is the Combat Antisemitism Movement (CAM), of which she is a member of the founding team. Sima served as the Director General of the Ministry of Strategic Affairs, of the State of Israel, during which she formulated the strategic campaign against the delegitimization and BDS of Israel. Sima has a distinguished career in the IDF as a former Intelligence Officer in the Israeli Air Force, and the Chief Censor of the State of Israel. 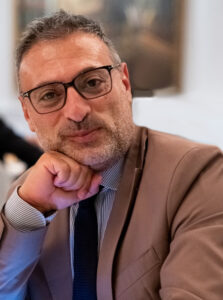 Dr. Robert Hassan, Director, ISGAP Italy
Robert Hassan is the Director of ISGAP-Italy, where he runs the seminar on critical studies of contemporary forms of antisemitism at Sapienza University in Rome. He holds a Law Degree from Sapienza University, where he specialized in Comparative Constitutional Law. Dr. Hassan is an entrepreneur in the field of strategies and communication. With more than 15 years of experience in managing complex projects with organizations, he has achieved much success with the media in Italy.

Dr. Ahmed Shaheed, Co-Director,
ISGAP-Oxford Civil Servants Programme
Dr. Ahmed Shaheed assumed his mandate as United Nations Special Rapporteur on freedom of religion or belief on 1 November 2016. Mr. Shaheed is Deputy Director of the Essex Human Rights Centre. He was the first Special Rapporteur of the Human Rights Council on the situation of human rights in the Islamic Republic of Iran since the termination of the previous Commission on Human Rights mandate in 2002. A career diplomat, he has twice held the office of Minister of Foreign Affairs of Maldives. He led Maldives’ efforts to embrace international human rights standards between 2003 and 2011. In 2015, Mr. Shaheed won the UN Foundation Leo Nevas Human Rights (Global Leadership) Award. In 2010, he was granted a Presidential Medal of Gratitude by Albania and in 2009, he was recognized as the Muslim Democrat of the Year by the Centre for the Study of Islam and Democracy.

Dr. Lev Topor, ISGAP Visiting Scholar in Critical Antisemitism Studies, Discrimination and Human Rights, Woolf Institute, Cambridge
Lev Topor is currently an ISGAP Visiting Scholar at the Woolf Institute where he focuses on Critical Antisemitism Studies, Discrimination and Human Rights. Lev Topor is also a Senior Research Fellow at the Center for Cyber Law and Policy (CCLP) in the University of Haifa and a visiting Research Fellow at Yad Vashem in Jerusalem (Summer 2022).

Lev is the co-author (with Jonathan Fox) of Why Do People Discriminate Jews?, an innovative and ground-breaking book published by Oxford University Press in 2021 that combines traditional theories on antisemitism with empirical evidence from 76 countries to explain the reasons that drive discrimination against Jews. Lev is an interdisciplinary researcher that studies antisemitism alongside cyber-related topics like international cyber policies and anonymous communications.

Lev is frequently invited to lecture about his study of racism and extremism on the Dark Web. Lev is the recipient of the 2019 Robert Wistrich annual award from the Vidal Sassoon International Center for the Study of Antisemitism (SICSA) and the recipient of the honorary award from the Association of Civil-Military Studies in Israel for his research about the Dark Web. 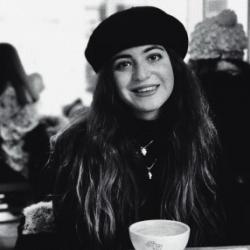 Chloe is a final year PhD Candidate in English (Criticism and Culture) at Pembroke College, University of Cambridge. Her doctoral research focuses on the relationship between artwork and antisemitism in Ezra Pound’s work and thought, and lies at the intersection between the politics of exclusion and the interplay between text, ideology and image. She previously co-convened Cambridge’s Theory, Criticism and Culture seminar series and currently supervises undergraduate and postgraduate work on poetry, film and literary theory.

Before beginning at Cambridge she graduated at Valedictorian from the New College of the Humanities where she was awarded the Sir Charles Harris Prize for achieving the highest degree results for the University of London English BA worldwide. Following this, she completed the MSt in Literature (1900-The Present Day) at The Queen’s College, University of Oxford (Distinction). Chloe is a Research Fellow at ISGAP and has been invited to lecture on numerous topics relating to contemporary antisemitism and literature. 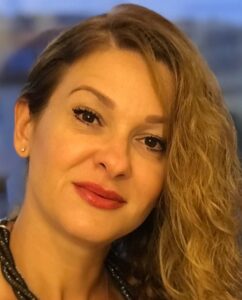 Larissa Ruthman, Chief Administrator, ISGAP Israel
Larrisa Ruthman is based in Jerusalem, where she manages ISGAP Israel’s activities. She is also the personal assistant to the Chair of ISGAP, Natan Sharansky. Larissa earned her Bachelors Degree in Public Administration and Policy at Beit Berl University in Israel. 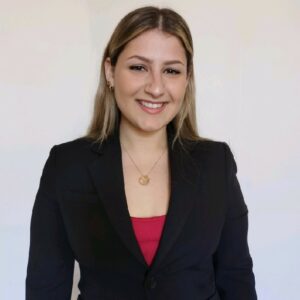 Daphne Klajman, Research and Programming Coordinator, ISGAP
Daphne Klajman holds a Masters’s Degree in Conflict Studies and Diplomacy from Reichmann University, Herzliya, Israel. She joined ISGAP in 2020, after completing her undergraduate degree in Psychology with a minor in Religious Studies at Saint Mary’s University, Halifax, Canada. During the four years of her degree, Daphne sat in the Academic Senate of her University as an elected member of the Student Government where she advocated for student rights. She was also a Hasbara Fellow, and an intern for the Atlantic Jewish Council. Prior to working full-time at ISGAP, Daphne completed an internship at United Nations Watch. 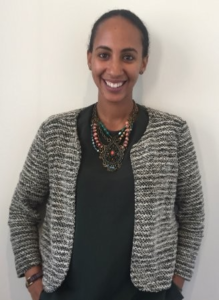 Elshaday Abraham, Research and Programming Coordinator, ISGAP
Elshaday Abraham joined ISGAP following the completion of the MPA Public Administration and Management program at University College London. She completed her BA in International Affairs at the University of Virginia. Prior to her time at ISGAP, Elshaday served as a Program Manager for a USAID-funded project on global health in Washington D.C. She also served the United Nations High Commissioner for Refugees as a Protection Intern in Addis Ababa, Ethiopia. Elshaday drives the publication and programming efforts at ISGAP.

CO-CHAIRS OF INTERNATIONAL ACADEMIC BOARD OF ADVISORS

EXECUTIVE COMMITTEE OF THE INTERNATIONAL ACADEMIC BOARD OF ADVISORS

INTERNATIONAL ACADEMIC BOARD OF ADVISORS