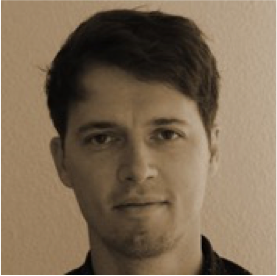 Dr. Matthias Jakob Becker is a Research Associate at the American Jewish Committee (AJC) of Berlin and the Moses Mendelssohn Center at the University of Potsdam, Germany. He studied Linguistics and Philosophy at the Free University Berlin, where he received his MA for his thesis about the use of metaphors in French election campaigns. In 2012, he started working as a research assistant and lecturer at the Institute for Applied Linguistics at the Technical University of Berlin. He participated in a variety of research projects analyzing political metaphors in the media as well as the presence of antisemitism within German mainstream discourse.

In his PhD thesis, he conducted a qualitative content analysis regarding antisemitic hate speech and demonizing analogies of more than 6,000 readers’ comments in the left-liberal newspapers Die Zeit and The Guardian. He has lectured throughout Europe and the United States about his research. Since 2016, he has been coordinating a prevention project at the AJC in which he informs and prepares teachers about antisemitism and Islamist radicalization in the context of schools throughout Germany.