Mosaic Magazine Feature Article on ISGAP Research
“Qatar’s Unreported Donations to American Universities May Feed Campus Anti-Zionism”
“On February 12, the Department of Education announced that it suspects Harvard and Yale of failing to report millions of dollars received from China, Iran, Russia, Saudi Arabia, Qatar, and elsewhere. The department has also accused several other schools of similar violations, and one professor has been arrested in the course of the investigation. Meanwhile, the Institute for the Study of Global Anti-Semitism and Policy has for years been researching Middle Eastern countries’ donations to American institutions of higher education, and believes there is a connection between these donations, especially those from Qatar, and campus anti-Semitism…”
To read the rest the article as a PDF, click here
To read the latest results of ISGAP’s research, click here
To watch Dr. Charles Asher Small’s Department of Justice Testimony, click here 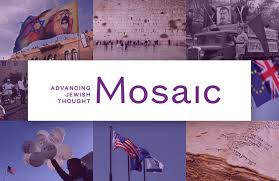