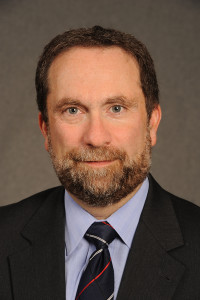 The message Hagel carries on Iran

Let’s stipulate that Chuck Hagel may make an exemplary defense secretary. That possibility doesn’t alter the fact that his nomination by President Obama almost certainly raises doubts among allies and adversaries alike that Obama may not be nearly so committed to using all means necessary to prevent Iran from achieving a nuclear weapon as he pledged during his reelection campaign. If the White House does not take steps soon to correct that impression, the chances for a negotiated resolution of the Iran nuclear crisis will fall nearly to zero and the likelihood of Israeli military action will rise dramatically.

The Hagel nomination comes at a critical moment. Some experts believe that Iran may soon amass enough enriched uranium to give it “breakout capacity” — allowing it to quickly produce a nuclear weapon at a time of its choosing. Meanwhile, there are signs that the Obama administration’s strategy of tough international sanctions, backed by the threat of force, may compel Tehran to negotiate a deal that would forestall a confrontation.

Achieving success in nuclear negotiations requires the administration’s full commitment to increasingly painful sanctions, a credible threat of military force and a reasonable diplomatic alternative. This approach may not be sufficient; Iran may be bent on achieving a nuclear weapon. But any deal will be built on a stool with those three legs. If the administration goes wobbly on any of them, the stool collapses, at which point either Washington employs military force to destroy or delay Iran’s nuclear program or Israel becomes likely to act on its own.

Even supporters of Hagel’s nomination must admit that it is nearly impossible to find any support in his record for the idea of “prevention” that undergirds the strategy toward Iran. This concept, which has been publicly embraced by Obama, means that the United States should deter Iran not from using a bomb but, rather, from acquiring one — preventing Tehran peacefully, if possible; through military means, if necessary.

While Hagel has not specifically repudiated prevention, he has criticized key elements of the policy. He has expressed skepticismthat the United States should threaten Iran militarily; he has suggested that U.S. muscle-flexing in the Persian Gulf sours the possibility for a negotiated settlement with Iran; and he has been critical of the military option to delay or destroy the Iranian nuclear program.

In this context, the looming fight over Hagel’s confirmation has obscured the strategic repercussion of the nomination. That Obama chose a Pentagon nominee whose public record differs from his own on this critical issue says more about the president than it does about the nominee. Quite apart from the internal U.S. debate over Hagel’s worthiness to run the Defense Department, foreign leaders will have serious questions about the credibility of the president’s commitment to prevention. None is likely to talk openly about it; they will simply adjust their expectations accordingly.

It’s a non-issue, Hagel advocates say; the nominee will clear the air in his confirmation hearings. To be sure, Hagel can be expected to provide a ringing endorsement of the prevention policy, with appropriate urgency and fervor. And he will underscore the fact that, in the end, the president — not the defense secretary — decides policy.

But all this misses the point. The hearings will address only the “Hagel worthiness test.” It has no bearing on the “Obama commitment test.”

Foreign leaders will pay little heed if the administration attempts to solve this problem with a parade of senior officials balancing the Hagel nomination with reaffirmations of the president’s commitment to prevention. To the world, Obama has spoken loudly with his choice of a nominee who has never embraced the idea that Iran should be stopped at all costs from acquiring a nuclear weapon; it will take action, not just words, to repair this negative impression.

How to fix the problem, if Obama is indeed committed to a policy of prevention?

First, begin contingency planning now with NATO and other allies on how to sustain international pressure on Iran following military strikes to disable its nuclear program. This “day-after” planning will send a powerful message that the administration is serious about possibly resorting to force.

Second, invite a group of journalists to witness a demonstration of the massive ordnance penetrator, a conventional mega-bomb that has one purpose: to destroy Iranian nuclear facilities at Fordow, which are hidden deep inside a mountain.

Third, organize and execute high-profile exercises in the Gulf on safeguarding key assets against Iranian retaliation. Such exercises would focus on defending the Strait of Hormuz and critical infrastructure protection.

Fourth, fast-track the delivery of lethal assistance to vetted Syrian opposition groups, which would signal the administration’s willingness to compete against Iran on multiple fronts.

Fifth, Obama should consider traveling to Jerusalem, Riyadh and Abu Dhabi, where he can personally update our regional partners — and their public — on U.S. plans to prevent Iran from getting a bomb.

The Hagel nomination, ironically, has made conflict with Iran more likely by raising doubts about Washington’s commitment to the administration’s stated policy. Adopting these ideas helps restore a chance for a peaceful outcome.