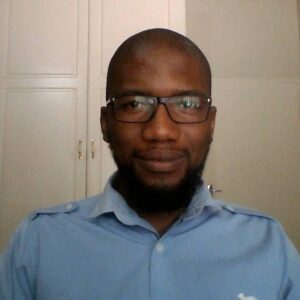 Vuyolwethu Xulu is a Political Science graduate currently completing his Masters in Development Studies, with a focus on millennial capitalism and web-based financial markets at the University of the Witwatersrand in Johannesburg, South Africa. Vuyo is also a Research Fellow at ISGAP and a Coordinator at Africans for Peace.

The South African political landscape has been experiencing tumultuous turns since the dawn of our democracy, turns of which have become definitive moments of our nation. These moments have either buttressed or eroded the foundations of the democratic project – reinforcing institutions, enhancing personal liberties and the protection of fundamental human rights. Our supreme law, the Constitution of the Republic, makes a deliberate and reasonable attempt to give full expression to these ideals and also guarantee the protection of rights that were previously trumped on under the cruel repressive order. Our courts have also been unequivocal in closely safeguarding these rights to restore human dignity, amplify the voice of the marginalized and ultimately heal the open wounds inflicted by our Apartheid past. Through our first-hand experiences, we know what it feels like to not have a right to artistic and religious freedom, the recent painful memory of young men and women incarcerated for sharing their divergent political thought still lingers. During those dark times, religious leaders were persecuted for supporting the just political struggle against the Apartheid regime or having any association with the liberation movement. It would be a travesty to our young democracy if such clear infringement of basic constitutional rights still persists and goes unchallenged.

The recent public attacks against South Africa’s Chief Justice, Mogoeng Mogoeng for his earnest prayer for peace in Jerusalem were unwarranted and smacked of vile intolerance of religious expression and belief, at the core impinging his dignity as an individual. These provocative performative acts are only intended for the gallery and offer no substantive reasoning as to why the positive mention of Jerusalem and Israel in any of the Chief Justice’s utterances attract politically charged, vitriolic and defamatory attacks, especially from the biased social and political commentators. The lazy anti-Israel lobby is known for its propensity to distort fact and confuse the uninformed about the religious relevance of a peaceful and united Jerusalem in the Christian faith. Mogoeng, who also happens to be a pastor, said nothing contradictory to the teachings of the gospel and dictates of scriptures. He said nothing that can be potentially interpreted as a violation of his oath of office and/or the desecration of the values enshrined in our Constitution. The onslaught was not in defense of these values but a political spectacle aimed at tarnishing the unblemished reputation that Mogoeng continues to enjoy.

Section 10 of our Constitution guarantees that everyone (including constitutional beings like the Chief Justice and the President of the Republic) has the inherent right to dignity and the section further provides that this very right must be respected and protected. Closely linked to this right and related to this political stunt is Mogoeng’s rights to freedom of expression and religious belief which are protected under section 16 and 15 respectively. Justice O’Regan in the case Khumalo v Holomisa (2002) rightly aligns human dignity to constitutional values and puts emphasis that dignity must be construed not only to give effect to the person’s sense of self-worth but also how an individual is perceived by society.

Careless and malicious statements have a tendency to result in the irreparable impairment of Mogoeng’s reputation. Reputation is the public’s objective estimation of an individual’s worth and standing. Tarnishing one’s reputation leaves an indelible stain and has painful ramifications, as society will start viewing the Chief Justice with repugnancy – with suspicion, contempt and mistrust. In an era of increased access to information, people tend not to critically engage the veracity of the content of a statement and take it at face value, whether it is true or false. Even before the digital era, people credulously believed in the saying that ‘where there is smoke there is fire’ – implying that the mere existence of an allegation has a factual basis. Mogoeng’s prayer for Jerusalem contained no remnants suggestive of any defiance or outright contradiction of the country’s foreign policy on the Israeli-Palestinian conflict. Instead, true to his religious convictions, he offered a prayer of peace. His words also did not impugn the rights of any South African.

The contextual reading of this political onslaught is premised on the fact that the anti-Israel lobby is hell-bent on demonising anyone and everyone that harbours any positive views about Israel – even when the views are shared in a religious context. Justice Mogoeng is definitely not the last to suffer this serious infringement of his most fundamental rights all in the name of robust engagement and public interest. We must be cognisant that constitutional beings are first and foremost humans and their rights must be advanced and protected at all material times so that they are able to voice out their unpopular views without any fear of contradiction. The Constitution unambiguously affords public office bearers this protection and those who elect to stand in the way of that must be exposed and challenged. Otherwise, if this challenge is not instituted, the silencing of esteemed constitutional beings like our Chief Justice, other public progressives will continue unabated, inevitably posing a dangerous threat to our young democracy. We must also be cautious not to sacrifice our core values and belief at the altar of secularism – effectively surrendering all that is dear to us so that we can appeal to the secular world. Also, the formative tenets of any secular state do not denote the unjust limitation of rights, especially where an individual’s dignity is concerned. We must encourage the tolerance of diverse political views and religious beliefs instead of resorting to ugly public spats that offer no real alternatives to building bridges between people.