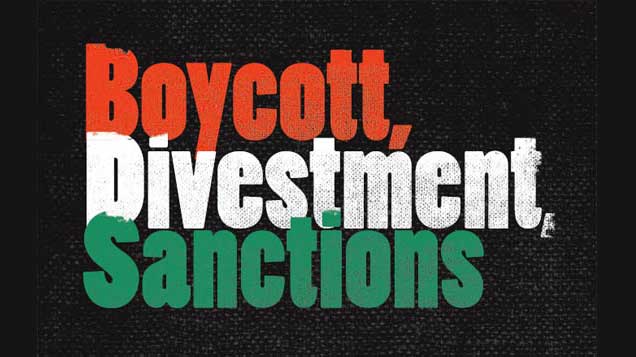 By Ambassador Richard Schifter Jan. 5, 2014 – Summary: Friends of Israel must be prepared to deal later this year with a proposed UN General Assembly resolution which would call for UN member states to impose a boycotts, divestment, and sanctions program (“BDS”) against Israel. As the General Assembly lacks the power to mandate such action, an effort is likely to be undertaken to set up a system, similar to that created in the 1980’s against apartheid South Africa, to “shame” UN member states into compliance with the program. It will be important to persuade the European Union not to support such an effort and to cut down support for this voluntary program on other continents as well.

BDS as a Possible Sequel to a Failure of the Current Peace Talks
The current negotiations to reach a peace agreement between Israel and the Palestinians are scheduled to end in late April. All people of good will hope that the negotiators will succeed, but we need to recognize that the chances that a peace agreement will be concluded are not high, to put it mildly. The principal obstacles are Palestinian unwillingness to agree to security arrangements that will prevent the West Bank from turning into another Gaza, and Palestinian assertion of a claim to a so-called “right of return” to Israel for the fewer than 50,000 surviving refugees of the 1948 War, joined by 5,000,000 descendants of all Palestinian refugees, thus ending the existence of Israel as a majority Jewish state.

The Palestinian leadershiphas made clear that if the negotiations end without an agreement, they will launch a major campaign against Israel at the United Nations. Given the high probability of a U.S. veto if a one-sided anti-Israel measure is brought before the UN Security Council, we can expect that the Palestinians and their allies will use the UN General Assembly to step up the anti-Israel campaign that the General Assembly has supported for many years – most probably by proposing a resolution calling for a BDS program against Israel.

Ever since the concentrated attack on Israel started at the UN in the early 1970’s, the anti-Israel forces have sought to equate Israel with apartheid South Africa. The fact that this analogy is utterly unfair and unjustified has not stopped a majority of members of the UN General Assembly from supporting a UN program that consistently seeks to advance this proposition. The successful UN-led BDS effort against South Africa has encouraged anti-Israel forces to adopt a similar strategy against Israel, using BDS to delegitimize it. It can be expected that a major effort will be undertaken at the UN that will be similar to the campaign against anti-apartheid South Africa.

Under the UN Charter, only the Security Council has the power to issue mandates that are binding on all members. The General Assembly can make only non-binding recommendations, but it has the power to approve the UN budget, including designating how funds made available to the Secretariat can be spent. For many decades, the General Assembly has, in fact, provided the personnel and funding for a worldwide anti-Israel propaganda program staffed by the Secretariat’s Division for Palestinian Rights and conducted primarily through the UN General Assembly’s Committee on the Exercise of the Inalienable Rights of the Palestinian People (hereafter referred to as CEIRPP). These agencies have already promoted calls for BDS against Israel, and their efforts can be expected to be stepped up to follow the South African model.

CEIRPP’s promotion of the BDS campaign started on July 13, 2005,when it adopted a formal Action Plan calling for “a global campaign of boycotts, divestments and sanctions to pressure Israel to end the occupation …” This “Call to Action” was directed expressly at “civil society” (i.e., non-governmental organizations). Thus, the recent calls for boycotts of Israel by academic groups and pressures for divestment by churches and political groups can be traced to the program of a Committee created by the UN General Assembly. It is this BDS campaign that would be significantly stepped up if the General Assembly adopts a resolution that calls upon the governments of UN member states to get actively engaged in the BDS campaign which has so far been carried only by non-governmental organizations.

“13. Calls upon all States, in view of the threat to international peace and security posed by South Africa, to impose against that country comprehensive mandatory sanctions in accordance with the provisions of the Charter;
“14. Also strongly urges States to cease forthwith, individually and collectively, all dealings with South Africa in order totally to isolate it politically, economically, militarily, and culturally; (Emphasis supplied)
“15. Requests the United Nations Council for Namibia to monitor the boycott of South Africa and to bring instances of contact between Member States and South Africa to the attention of the General Assembly as necessary;
“16. Requests the United Nations Council for Namibia to study the modalities for monitoring this boycott of South Africa and to report to the General Assembly at its thirty-sixth session on the arrangements that may be required;
“17. Requests, all States to report to the Secretary-General on measures taken by them to implement the relevant provisions of the present resolution;”

The UNGA’s non-binding resolution concerning apartheid South Africa could not direct action, but simply “called upon” and “urged” States to take the recommended actions. The effectiveness of such resolutions depends, therefore, on the extent to which UN member states are prepared to follow voluntarily the General Assembly’s recommendations. To put pressure on states to accept these recommendations, the resolution provided for a monitoring system designed to shame states into compliance with the call for BDS.

Using the South African Precedent against Israel: Key Role of the European Union
From statements made by the Fatah leadership there is every reason to believe that the plan to propose a resolutions that would call upon UN member states to engage fully in a program to isolate Israel “politically, economically, militarily, and culturally” is under active consideration. A resolution urging BDS against Israel similar to the 1981 South Africa resolution may very well be adopted by the General Assembly. The most critical question is whether the states of the European Union will support such a resolution. If they do, we would indeed be dealing with a serious problem. If they do not, a resolution may still be adopted, but if a large number of abstentions cause the “yes” vote to be less than a majority of the total UN membership, its effectiveness would be limited.

Conclusion
We must assume that the Palestinians and their allies are planning for a major BDS attack against Israel at the UN later this year, perhaps by calling for a “Special Emergency Session” of the General Assembly. Friends of Israel must prepare now to meet that attack — by reaching out to potential “swing” votes, above all the Europeans, in order to reduce the number of states that will vote “yes” on a BDS resolution directed against Israel. Cutting down the “yes” vote will help to limit the political and propaganda impact as well as the economic effects of such a resolution.