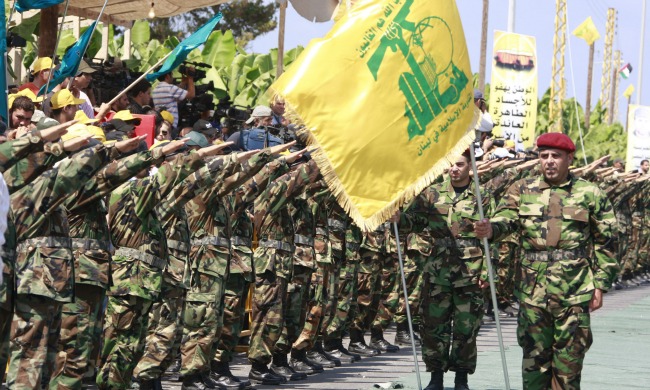 There’s new evidence that the group’s jihadist and political branches are intertwined.

BERLIN — In the wake of several recent high-profile cases incriminating Hezbollah in Europe, there are growing cracks in the European Union’s policy on the Lebanese terror group. Two of the EU’s leading voices, France and Germany, according to several recent reports, are amenable to some form of a Hezbollah terror designation. So, as it turns out, the EU’s decade-long hardened opposition to banning the group from Europe appears to be not very hard at all.

It started in late March, when the London-based Arabic daily Al Hayatreported that France is prepared to designate Hezbollah’s “military wing,” which is also the policy of the U.K. At around the same time, Germany’s interior minister Hans-Peter Friedrich also said he would consider banning the group’s military wing or its entire structure after consideration of the evidence against Hezbollah. But others in Germany are willing to go further. German Chancellor Angela Merkel’s foreign policy spokesman in the Bundestag, Philipp Missfelder, calls for a full-blown ban of Hezbollah.

“The European Union must act now and use its instruments to classify Hezbollah as a terrorist organization,” Missfelder said, adding that if the EU cannot reach a consensus, the Federal Republic should unilaterally sanction Hezbollah.

That would make Germany only the second country in the EU to sanction Hezbollah’s entire apparatus. (The only nation to do so to this point is the Netherlands.)

Most of the EU has been unwilling to consider such a move. For example, Cypriot foreign minister Erato Kozakou-Marcoullis, whose country held the EU’s rotating presidency last July, sheepishly noted, “Hezbollah is an organization that comprises a political party [and a] social services network, as well as an armed wing. Hezbollah is active in Lebanese politics, including the parliament and the government, and plays a specific role with regard to the status quo in Lebanon.”

But much has changed since last July’s Burgas, Bulgaria bus bombing. Three Hezbollah operatives detonated several pounds of TNT in a bus at the Black Sea resort, killing five Israelis, a Bulgarian National, and causing severe injuries to 32 Israelis.

The timing of the attack was audacious, even for Hezbollah. Two weeks prior, Cypriot authorities arrested a dual Swedish-Lebanese citizen, a self-confessed Hezbollah member named Hossam Taleb Yaacoub, for plotting to murder Israeli tourists on the small Eastern Mediterranean island.

We have learned much about Hezbollah in Europe since then. The 80 page decision by a three-judge panel in late March outlining the conviction of Yaacoub, also describes the reach of Hezbollah’s activities across Europe. Alarmingly, the group’s activities and meetings spanned from London to Amsterdam to Lyon, France. In early April, a criminal court in Haifa sentenced an Israeli Arab to seven years in prison for espionage activities on behalf of Hezbollah. He met with his handlers in Denmark.

There had always been hints of Hezbollah activity in Europe. Germany’s domestic intelligence agency, Verfassungsschutz, documented in its report the existence of 950 active Hezbollah members in the Federal Republic as of 2011. But the Europeans simply didn’t see the need to take action.

The United States has not been bound by the same constraints. The Clinton administration named Hezbollah a terror entity in 1995. That policy was reinforced during the George W. Bush presidency, with its focus on the “war on terror.” And it has even held up during the Obama administration. President Obama told Israeli students during his visit to Jerusalem “… every country that values justice should call Hezbollah what it truly is: a terrorist organization.”

While the revelation of Hezbollah plots on EU soil was likely a jolt to the EU, the Obama administration’s steady stream of escalating calls for a Hezbollah designation has undoubtedly softened the stances of the EU’s most recalcitrant members, France and Germany.

The EU was, no doubt, also spurred on by Bahrain, which recently became the first Arab government to outlaw Hezbollah’s organization. That a Persian Gulf monarchy would designate the group before the EU came as a surprise to many.

The stridently anti-Iranian stance of the Saudi regime, which is Bahrain’s patron, is unquestionably behind the push to clamp down on Hezbollah. The effort took on greater urgency after reports surfaced that Hezbollah was actively fighting in Syria’s civil war to defend President Bashar al-Assad’s regime.

But the Bahrainis have their own reasons to ban Hezbollah, too. Reports have recently surfaced about Hezbollah training insurgents in Lebanon and in Iran to topple the ruling Sunni Khalifa family in Bahrain.

“The measure is to protect Bahrain’s security and stability from Hezbollah’s threats,” Bahraini MP Adil al-Asoumi told Al Arabiya. He stressed that Hezbollah is a threat to “Gulf security.”

Hezbollah is also a force for destabilization in Syria and Lebanon. In fact, that’s one of the reasons Europe has been reticent to designate. There is a fear that a ban on the group might destabilize Lebanon’s fragile political system. Hezbollah has already taken over the role as the kingmaker in Lebanese politics and is de-facto in control of the government in Lebanon. European forces are part of UNIFL. European businesses have investments in Lebanon. EU leaders are concerned for the safety of these interests.

But the steady stream of caskets returning to Lebanon from Syria containing Hezbollah fighters may have changed the calculus for Europe. Media reports from Lebanon indicate that last week alone 11 Hezbollah fighters and five Iranians were killed in Syria.

The buzz in Europe is that a designation is increasingly likely, but that the EU will only sanction the military wing. The very concept of a bifurcated Hezbollah is something that many other countries reject, including Israel, Canada, the United States, and the Netherlands. But it is also worth recalling that Hezbollah deputy leader Naim Qassem also rejects it. He told in the Los Angeles Times in 2009 that the “same leadership that directs the parliamentary and government work also leads jihad actions in the struggle against Israel.”

During his visit to Lebanon last month, Ireland’s defense minister Alan Shatter echoed the one-dimensional nature of Hezbollah. “I think Hezbollah is a single organization,” he stated, adding that it does not mirror “the structure of the IRA [Irish Republican Army] where the IRA, or Provisional IRA, was a military wing and Sinn Fein was a political wing.”

European opinion certainly appears to be evolving. The debate has shifted a great deal since Cyprus’ former foreign minister, Erato Kozakou-Marcoullis, stated last year, “Should there be tangible evidence of Hezbollah engaging in acts of terrorism, the EU would consider listing the organization.”

The evidence is now undeniable, which explains Washington’s campaign for a complete ban on Europe’s Hezbollah operations — both political and military, if such a distinction can be made.

A full ban would deprive the Lebanese group from its fundraising system, weapons, and technological procurement enterprises in the 27-member EU body. Indeed, the move would deal a morally symbolic blow to Hezbollah’s reputation as a legitimate political organization and dismantle its finance-starved operation in Europe.

Originally published on April 17, 2013 on The Atlantic