“Ambassadors for the Interdisciplinary Study of Antisemitism: Ways Forward”

“Common Bonds and Experiences of African and Jewish Communities”

The familiar journey of Africa and Israel is one of close kinship, shared history, common adversities, and resemblant triumphs. Both Africa and Israel have historically experienced enslavement, colonization, exile, and systematic oppression – most prominently at the hands of European societies. This subjugation of African and Jewish communities has been notably precipitated by the dismantling of sovereignty within their homelands and rooted in the consistent psychology of oppression. In the face of these difficult trials and sojourns, both groups drew upon mutual inspiration as they resolutely marched toward re-established sovereignty. The collaboration between Africans and Jews and their common lessons of resilience and ingenuity in the face of dire obstacles holds the promise of catapulting both peoples, distinctively and collectively, to unprecedented heights of self-realization and contribution to human progress.

Jewish archetypes and tropes resonate with some hip-hop artists that allege Jews are the masters of manipulating capitalism, the music-and-movie industry, and the legal system. Many of these artists rely on false-and-deadly information from the Protocols of the Elders of Zion that alleges the Jewish population takes advantage of workers and minorities to amass untold wealth. Disgusting antisemitic tropes that argue the Jews in Israel are not the original Jews and are the oppressors of the Palestinian people. Minister Farrakhan has a lot to do with the spreading of this deadly teaching along with some PanAfricanist scholars or Afrocentrist that serve as a sort of “sensei” among many hip-hop artists. Minister Farrakhan’s status among hip-hop artists escalated when in the Mid-1990s, he helped to diffuse the East versus West Coast hip-hop wars while causing a gang truce between the Bloods and the Crips in Los Angeles. Also, Minister Farrakhan’s black nationalist rhetoric speaks to a considerable number of African Americans and hip-hoppers who remain marginalized and racially disfigured from America’s historical oppression. Abolishing antisemitism while re-educating many hip-hop artists remains imperative. Especially since many of them fight for social justice to end exploitative oppression against their people, they need to understand that the Jewish faith is very diverse and is not a part of the white race responsible for African-Americans’ second-class status. 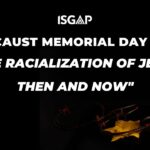 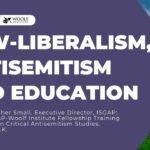 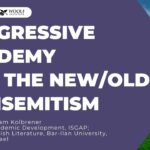 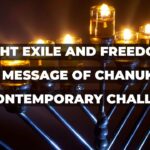