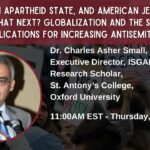 “If Israel is an Apartheid State, and American Jews are White Elitists, What Next? Globalization and the Structural Implications for Increasing Antisemitism” 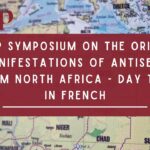 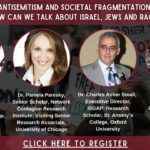 Antisemitism and Societal Fragmentation: How can we Talk About Israel, Jews and Race? 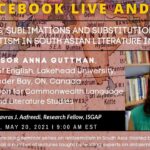 Stereotypes, Sublimations and Substitutions: Jews and Antisemitism in South Asian Literature in English