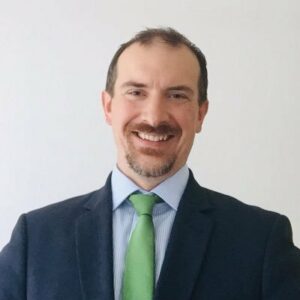 Dr. Aaron T. Walter is an Assistant Professor at the University of SS. Cyril and Methodius in Trnava, Slovakia and an Adjunct Professor at Masaryk University in Brno, Czech Republic.  Dr. Walter is also a Research Fellow at the Institute for the Global Study of Antisemitism and Policy and a Scholar-in-Residence at St. John’s College, Oxford.

In the past couple of weeks, the cancel culture war took a darker turn. Several children’s books from Dr. Seuss and the authors of Curious George are the latest in a sophisticated version of 21st-century book burning. These authors have been determined to be racist within the context of cancel culture. However, the latest victims of liberal wokeness, wrapped within the current progressive critical race theory, hide a familiar foe: Antisemitism.

What is distressing is not that parents can no longer be ideologically trusted to do the right thing. Instead, an all-powerful cultural regime has interlocked activist groups with left-wing media and huge Silicon Valley companies like Amazon and eBay, supposedly independent entities, working together to block materials deemed out of step with the popular narrative. One irony here is that Theodor Seuss Geisel, the man known as Dr. Seuss, himself was a man of the Left, a progressive who opposed fascism and decried “red-baiting” in the 1950s. Another is that Margret and H. A. Rey, the creators of Curious George, were Jews who escaped from Nazi Germany. One must not conflate “racist” and “racial.” There is a difference here, and that difference is the element of hatred. Jews and Zionists have been conflated to mean the same and offer the same result. Hate. Antisemitism masked as wokeness.

This wokeness is part of a change witnessed in the United States, but occurring elsewhere around the world. The liberal order is not being challenged; it is being transformed into something else completely. Liberal, not in the narrow, partisan sense, but liberal in the most distinctly American sense; the belief that everyone is equal because everyone is created in the image of God. Moreover, this liberalism espoused the following beliefs in the sacredness of the individual over the group or the tribe and the belief that the rule of law, equality under that law, is the foundation of a free society; that due process and the presumption of innocence are good, and that mob violence is bad; the belief that pluralism is a source of strength; and that liberty of thought, faith, and speech are the foundations of democracy. These beliefs for over half a century, broadly speaking, found support in the intellectual and cultural life America produced through its institutions from universities, newspapers, magazines, music, publishing houses, Hollywood studios, professional associations, labor unions, think tanks, historical museums, and even art museums all aligned to hold up the liberal order.

The liberal order, whether in the classical liberal sense of individuality or the progressive liberal context of 1960s civil rights and 1980s apartheid is under siege by a toxic brew of postmodernism, postcolonialism, identity politics, neo-Marxism, critical race theory, intersectionality, and the therapeutic mentality. Each is serious, holds a place in cancel culture rhetoric, and is arguably antisemitic in its subtlety. It is not only for American Jews caught in the middle of these conflicting signals about who belongs in the new coalition and ever-changing loyalty tests. The subtlety of Antisemitism is a warning for everyone. A new creed is being written that is as frightening in its absoluteness as it is deeply flawed in its non-originality of Jew-hatred.

The premise of this creed is simple. A war is being raged in which the forces of justice and progress are arrayed against the forces of backwardness and oppression. As such, in this war, the normal rules of the game – due process, political compromise, the presumption of innocence, free speech, even reason itself – must be suspended. Indeed, such rules themselves are corrupt, designed by dead white males to uphold their own power.

Therefore, the absoluteness. Any feature of human existence that creates disparity of outcomes must be eradicated: The nuclear family, courtesy, even rationality itself can be defined as inherently racist, or as evidence of so-called white supremacy. For Jews, this is the ancient hatred, expressed by the silver tongue of anti-racism. Jews undermine the vision of a world without difference. And so the things about Jews that make them different must be demonized so that they can be erased or destroyed:

Jews are flattened into white people, living history obliterated, the Holocaust dismissed as merely ‘white on white crime’ and children’s books written by authors who fled the Nazis from France or fought the Nazis from the liberal institution of the Hollywood studio must be erased. Hatred masked as wokeness in a twisted new creed of progressivism where it is not that Zionism is racist, but that Jewishness is.

It’s a rhetorically brilliant strategy. Racism is the gravest sin in American life. Who would ever want to be anything other than an anti-racist? And so, under the guise of a righteous effort to achieve overdue justice and equality of opportunity, cancel culture marches us to the cliff. Rather than seek contrition and reform, the strictest social sentencing possible is pursued. Elimination. The stifling culture of intolerance and de-platforming on the Internet, on campus, and in the workplace frequently framed in free-speech terms is serious. However, it is much more than about canceling books and critical thought. It is an underlying hatred, the oldest hatred, Antisemitism.