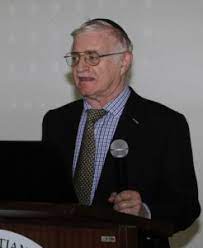 Prof. (Ret.) David Nussbaum, Ph. D., C. Psych., ISGAP Senior Research Fellow. Prof. Nussbaum was an Assistant Professor at University of Toronto Scarborough (UTSC) between 2005 and 2013. Prior to his position at UTSC, David was an Adjunct Professor at York University from 1984 to 2004. More recently from 2013 through 2020, David held a series of renewed Guest (Visiting) Professorships at the China University of Political Science and Law, Beijing, China. Originally setting out to be a clinical psychologist, David instead followed a fundamentally different approach to understanding behaviour that was afforded by a third-year undergraduate course entitled “Molecular Psychobiology”. Following graduate school, he retrained as a clinician and neuropsychologist and worked within a forensic setting doing both clinical work and research.  Prof. Nussbaum was continuously struck by the absence of behavioural neuroscience in the forensic area and integrated modern psychometrics within a distinctive behavioural neuroscience framework in his clinical practice and empirical research.

As a newly appointed ISGAP Senior Research Fellow and a psychologist, I was excited to begin exploring and adding to psychological insights in the study of antisemitism that earlier colleagues had discovered, with a particular emphasis on the last three decades. I did a search that I thought would uncover advances in the field beyond:

Beyond this article’s scope there is the considerable disagreement in the more recent literature regarding the limitations of inferences, or even the veracity, of these iconic studies between their critics and supporters.  One non-academic but interesting observation was posted by an otherwise anonymous “Mikhail” on a “factmyth.com” website (July 19, 2019) who observed,

“Why is authority always viewed negatively? Almost every idea of truth or moral right relies in one way or another on authority for most people. When an authority is disobeyed, it’s usually because its legitimacy is called into question by reference to some other authority. The problem with nazis (sic) wasn’t that they used their authority, it was that they managed to control the formation of common sense and consensus opinion in Germany through censorship, propaganda and violence against their opponents. Authority and obedience to it in itself is a good thing.”  (Emphasis added.)
Retrieved from http://factmyth.com/factoids/on-average-people-naturally-obey-authority/ January 17, 2021.

I decided to conduct a broad search for peer-reviewed articles in the psychology literature between 1990 and the present, expecting to find a broad and deep array of empirical studies shedding specific insight into the psychological mechanisms, and specific nuances intrinsic to antisemitism.  My search terms were “psychology” and “antisemitism” appearing in the Abstract.  I was shocked to find only four publications in peer-reviewed journals.[1], [2] Of the four, only a single paper was an original empirical study. Fortunately, in my opinion, this study is a methodologically sophisticated and psychodynamic-grounded investigation set in Germany. The authors (Salzborn, Grossig & Schmidt, 2011) distinguish between four sources of antisemitism in Germany:

Methodologically, they utilized a “triangulation model,” which was reflected in their underlying theory of attitudes: justifying their large (n = 2,000) and objective psychometric survey; connected sampling for subsequent interviews; and their psychodynamic theory and derivative technique for interpreting (“deconstructing”) the results of their telephone interviews. The content of the questions were either  related openly to antisemitic sentiments that have become more acceptable to express (e.g., “Jews have too much influence in Germany,” and “The Jews are responsible for their persecution on account of their behavior”), or related explicitly to secondary antisemitism (“Many Jews today try to turn the history of the Third Reich to their advantage,” and, “I am angry that the crimes committed against the Jews are still being held against the Germans today.”). A high degree of agreement was found to the first two questions. In contrast, a moderate degree of agreement was found for the second type of question.  Additionally, by comparing responses to the two types of questions, researchers were able to pinpoint the relative salience of general versus secondary antisemitism in individual respondents. This information could be used effectively to speak to an individual’s particular motivation to embrace and express antisemitic tropes.

The first of the other three articles identified in the search was a 1998 paper by Winston. The paper describes the antisemitic academic practices of prominent psychologist, E.G. Boring, in identifying students’ Jewishness, and associated negative traits in letters of recommendation that he wrote for them.

The second, by Kille (2005), analyzed the antisemitism in Mel Gibson’s movie, The Passion of the Christ, from a religious perspective. The third paper, by Salgado (2011), presents an analysis of Otto Weininger’s philosophy, contending that Weininger was primarily an ethicist.

“I will reveal that his characterological psychology is subjected to the indisputable sovereignty he bestows on ethics.”  (From Salgado’s Abstract)

Weininger, was born Jewish but believed that “Jewishness” was a negative trait in all of humanity. He later converted to Christianity and committed suicide at the age of 23.  Still, his lone book, “Geshlecht und Charackter” (Sex and Character), was misogynistic and antisemitic, and served as a cornerstone for the Nazi movement (Weininger, Wiki, undated, retrieved January 17, 2021). Aside from confirming, yet again, that people born Jewish can harbour deep antisemitic sentiments, there is little psychological value or insights in this paper.

For comparison, I carried out a parallel search for psychology and racism, finding that 370 peer review papers were identified during the same three decades.[3] It is understandable that racism enjoys broader appeal than antisemitism for both researchers and granting agencies. The ratio of 92.4 to 1, though, seems a bit disproportionate.

The implications of this limited study are clear: far too little empirical psychological research has been conducted on antisemitism during the last three decades.  Consequently, the previous empirical research projects alluded to above need significant updating. Certainly, the contemporary psychology of antisemitism can cautiously borrow from what has been learned about racist individuals and racist movements, but always keep in mind that while they likely share common elements, there are important distinctions as well. A theoretically based structure is necessary so that future efforts do not lump all antisemites together and search for non-existent commonalities between divergent groups who may only share a superficial similarity endpoint in their distaste or hatred for Jews.

In my career, I examined a number of disparate areas that I believe can be germane to understanding antisemitism at political, ideological, organizational, and individual levels.
These areas include:

My immediate goal as a new Senior Research Fellow at ISGAP is to help establish a sufficiently broad and deep psychological framework to accommodate the complexities of organisational, group, and individual differences leading to and sustaining antisemitism. The ultimate goal is to provide insights to effectively counter the distinct yet recurring patterns of biased perceptions, restricted and distorted cognitions, unregulated emotions that interfere with sound reasoning, and unbalanced motivations that combine in different individuals to induce and sustain Jew-hatred. I have no illusions that this necessary goal will be accomplished easily, quickly, or without extensive collaboration. However, it appears long past due for psychologists and psychology departments, and private and public granting agencies, to begin funding empirical psychological research on the various causes and sustaining forces of this oldest and unremitting hatred. 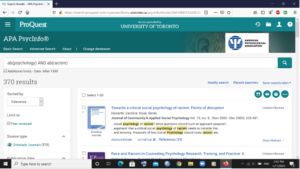 [1] There are a number of books written on antisemitism by psychologists, but these are typically essay-style, based on historical data, written to provide broad perspectives favoured by the authors, rather than furnish original empirical data to evaluate specific hypotheses.