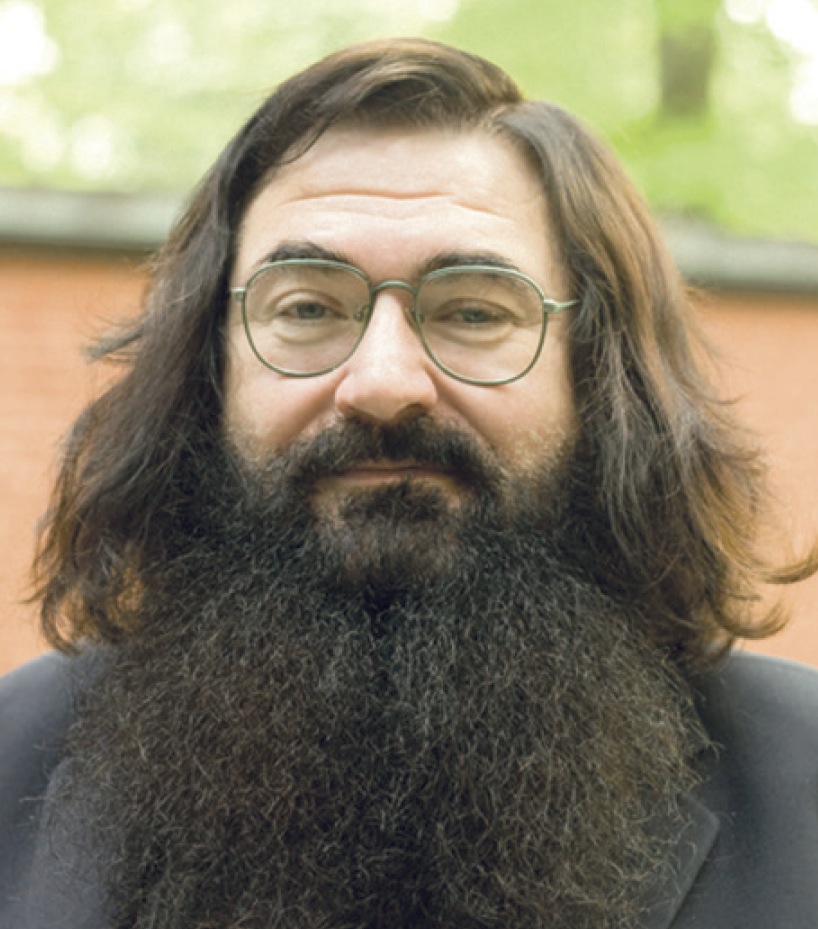 Dovid Katz, a native of New York, was professor of Yiddish Studies at Vilnius University in Lithuania from 1999 to 2010. He is the founder and editor of DefendingHistory.com. His most recent book is Yiddish and Power (Palgrave Macmillan 2015). His personal website is www.dovidkatz.net.

Note: This op-ed is a partial summary of Dr. Katz’s talk at ISGAP in New York City on 5 April 2016. A PDF of his power point presentation on the evening (©Dovid Katz) is available online.

Antisemitism in Western Europe is nowadays overwhelmingly a product of the (far) left. Its practitioners are socially, educationally and demographically diverse. It is focused above all on Middle Eastern affairs and the Israeli-Palestinian conundrum, distinguishing — or not distinguishing, as the case may be — between Jews and Israeli policies, and further, between Jews on a multitude of scales of presumed “Zionicity” to determine which individuals and groups are to be designated as villains. Both before and after the insertion of West European jihadism and Islamic radicalism into the mix, there have been tragic acts of violence. There have also been curious cases of staunch anti-Zionists going to extraordinary lengths to prove they are not antisemites, including the young taxi driver in the UK who had the ancient Hebrew-letter version of his name tattooed on his wrist to make the point with panache (and permanence).

By contrast, antisemitism in the “nationalist” parts of Eastern Europe, comprising the new accession EU/NATO states as well as (western) Ukraine, has by and large thus far been thankfully nonviolent. It is overwhelmingly a product of the nationalist (far) right. Its practitioners tend to be suave, educated elites, and often include the establishments of the country’s politics, academia, and media. The vast majority of these folks are generally positive toward Israel, have no interest in Palestinian or other Arab causes, and have little or nothing against Jews abroad. I have heard hundreds of versions of the following during my seventeen years being based in Vilnius, the beautiful Lithuanian capital (where, I hasted to add, I have been treated splendidly by everyday folks): “Look Dovid, we love you, we love American, British and Israeli Jews! It’s just those local Jews here, they are awful, they think that our national heroes helped murder their families during the war and they think that the Russians saved their own families!”

So there we have it, in the nutshell in which ordinary people speak. To translate for our field of inquiry, East European antisemitism is a (far) right movement laser-focused on World War II and the Holocaust and local Jews’ (historically accurate) collective memory of the events. Their antisemitism is directed at fellow citizens who do not share their (falsified) historical narrative for the war years. There is more than a little irony in the circumstance that many younger Jews internationally think very little about the Holocaust while it haunts right-wing antisemites in Eastern Europe determined to “fix” the history. They want to fix that history because like many ultra-nationalists, they covet a history bereft of stains and errors (though such countries don’t exist). Deep in the Freudian core of today’s eastern antisemitism there lurks a serious case of Holocaust Envy, a phenomenon that merits study. They continue to suffer from aryanist models of imagined nationwide racial, ethnic and linguistic purity (with its concomitant disdain for local Jews, leftists, Russians, Roma, Gays, and the other Others targeted by the Nazis). Their ranks overflow with elites, historians, sundry other academics, and PR specialists. They have hit on a big-time project.

That project is the rewriting of history to in effect invert the Holocaust by an array of sleight-of hand tricks and ruses that amount not to some conspiracy, but to a public program of revisionism supported by millions from governments. The components include the redefining (in fact downgrading via conceptual inflation) of “genocide” to include such Soviet crimes as deportation, wrongful imprisonment and deprivation of rights; the glorification of local Holocaust collaborators as “anti-Soviet heroes” (after all, virtually all the East European Holocaust perpetrators were reliably “anti-Soviet”); the vilification of Jewish ghetto inmates who fled to join the anti-Nazi (Soviet-sponsored) partisans in the forests, and are rightfully regarded in the West as heroes of the free world. These are components of the “Double Genocide” paradigm codified in 2008 by the Prague Declaration. (I was proud, in 2012, to team up with Prof. Danny Ben-Moshe to draft an opposing European Parliament declaration, the Seventy Years Declaration, that was presented to the Europarliament’s president in the spring of 2012).

The Double Genocide notion of “two equal genocides” (or “two equal Holocausts”) proposes “equality” of Nazi and Soviet crimes for European, Western, foreign Jewish and international consumption. Take for example the Prague Declaration’s (rather Orwellian) demand that Communist crimes must “inform all European minds to the same extent as the Nazi regime’s crimes did.” It is of course abject nonsense to say that the (Soviet) army that liberated Auschwitz is inherently equal to the camp’s murderers. But even that distortion, the “equality” paradigm sold to the West in an array of declarations, differs markedly from the narrative taught and promoted locally within Eastern Europe. Time and again, state sponsored museum exhibits, discourse and education in the region go rather further toward actual Holocaust Inversion: the notion that the actual genocide that occurred was that by the Soviets (supposedly “helped by their Jewish lackeys”) while the Hitlerist / local nationalist response entailed unfortunate civilian deaths but was really a bold rebellion against Soviet occupation and misrule. Since the Maidan revolution in Ukraine, the inversion model has been much emboldened there too, right down to artful photoshopping of Holocaust-era photos in major museums.

Holocaust inversion, the extreme form of East European Holocaust obfuscation, has unabashedly turned perpetrators into heroes and heroes into perpetrators, taking advantage of Western naivete and indifference, and the current geopolitical situation in which anything “anti-Russian” brings joy to much of the American foreign policy establishment, even when it entails rubbishing the Anglo-American-Soviet Alliance that brought down Hitlerism in Europe. In Latvia and Estonia, the local Waffen SS forces continue to be venerated, and both countries have passed laws criminalizing any who would dare disagree. In Hungary, pro-Nazi leaders who collaborated in the deportation of their fellow citizens to death camps are being idolized. In Lithuania, there are shrines, street names and exhibits extolling actual Holocaust perpetrators (they were after all, as noted, “anti-Soviet” activists). In central Vilnius’s “Museum of Genocide Victims,” there is a hall devoted to the “heroism” of the Lithuanian Activist Front (LAF), the white-armbanded nationalist goons who butchered thousands of Jews before the Germans even got there. The museum’s panels explain that the LAF rebelled against the Soviet army and drove them out, an utter nonsense (the Soviets were, of course, fleeing from the German invasion, the largest invasion in human history, not from the local Jew-killers). In 2012, the American Embassy in Vilnius helped cover for the reburial with full honors of the Lithuania’s 1941 Nazi puppet prime minister, who helped send his city’s Jews to their death. In Ukraine, the president, a darling of the West, has glorified Holocaust collaborators.

At the same time, the miniscule percentage of Jews who survived by escaping ghettos to join up and fight against Hitler with the Soviet partisans (the only force seriously fighting Hitler in this part of the world) are widely presented in a negative light within Eastern Europe, in a frankly ridiculous and offensive effort to “balance out” the local Nazi perpetrators. Only in Lithuania did this tendency reach the stage of prosecutors launching “pre-trial investigations,” without a shred of evidence, against veterans of the Soviet anti-Nazi partisans, naturally targeting only Jewish veterans, as pointed out in a remarkably courageous protest issued in 2008 by the Jewish Community of Lithuania.

We are today faced with a situation where classic Holocaust Denial has faded from mainstream discourse, while the East European “Double Genocide” movement, increasingly promoting a bizarre version of Holocaust inversion, turning perpetrators into victims and victims into perpetrators, is gaining steam without much opposition.

But why is there not much opposition or even open discussion of these issues?

Because of three major forces being effectively brought into play.

First is the American State Department, and particularly its neocon faction, supporting the revisionism because it seems vital to the Eastern European allies who “stand up to Putin,” and who argue that a revised version of World War II is a potent tool against future Russian threats.

Second is the Israeli foreign ministry, which needs East European votes in the EU, UN, and other international bodies.

Finally there is a long stream of Western professors and Jewish organization chiefs who are showered with medals, honors and junkets to come and join the party, which often hides behind legitimate Jewish studies, Holocaust memorials, Yiddish courses and other wholesome endeavors that are used as cover for the Holocaust revisionism that is central to East European antisemitism (even neo-Nazi marches feature on their lead banners images of Holocaust perpetrators rather than “straight” antisemitic slogans). Sometimes, the glories of Eastern adulation can reach even a top Yale history professor.

These three “covers” have been artfully mobilized to prevent adequate coverage by the usually robust Western media, which has been less than robust on these issues.

Students and scholars of antisemitism need also to keep a vigilant eye on the east.