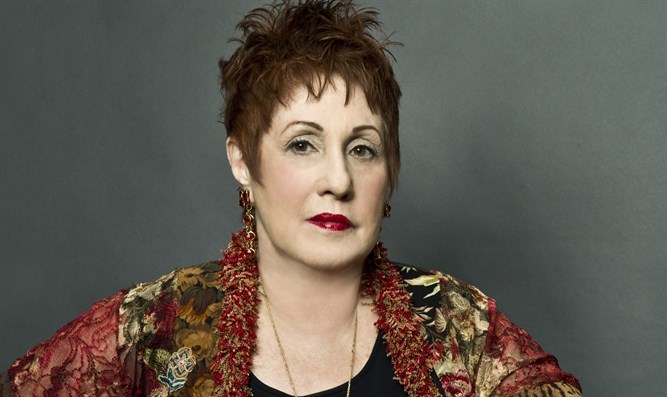 The writer is a Ginsburg-Ingerman Fellow at the Middle East Forum, received the 2013 National Jewish Book Award,.authored 18 books, including Women and Madness and The New Anti-Semitism, and 4 studies about honor killing, Her latest books are An American Bride in Kabul, A Family Conspiracy: Honor Killing and A Politically Incorrect Feminist.

The Jews and Israel are surrounded by verbal, written and violently genocidal enemies. Who is our Moses, our Aaron, our Miriam?  Who has God appointed to lead us to safety?

We find ourselves in a new kind of Egypt—one in which the Jews and Israel are surrounded and inundated 24/7 by thousands of accusations, disruptions, protests, curses, boycotts, genocidal threats—and by exploding bombs, fire-kites, stones, knives, and car ramming.

Last week, the New York Times had eight articles, which total 8,526 words, about the Israeli election—all opinion pieces masquerading as hard news coverage, plus a lead editorial, and one op-ed piece.(“Israelis Lean on Stability With Leader,” “Gantz Loses Battle to Netanyahu but Vows to Continue Fight,” “Arabs See Israeli Vote as Further Dimming Their Dream of a Palestinian State,” “How ‘Bibi’ Put His Stamp on Israel Over Several Terms,” “Right-Wing Coalition May Help Netanyahu Stave Off Indictment After Victory,” “Airbnb Reverses Its Policy Banning Settlements in the West Bank,” “Mr. Netanyahu’s Next Test,” “Why Israel Still Loves Netanyahu“).
This largely negative, almost erotically charged obsession with every aspect of Israel’s existence is pathological but it is also highly influential. Many of the academics, lawyers, and activists with whom I speak and work read nothing else and consider this single media outlet their “Bible.”
Also last week, students held an openly anti-Semitic event sponsored by Duke University and the University of North Carolina. Such open Jew hatred is brazen, shameless, and omnipresent both in the American Congress and on the American campus. It is almost as if the Arab “protests” on the Israeli-Gaza border have influenced American college students and lawmakers.
Distinguished American professors cannot deliver lectures on an American campus without being shouted down and defamed. This just happened to world-renowned Eugene Kontorovich at the University of Chicago Law School. Kontorovich was there to deliver an Anti-BDS/First Amendment lecture. He was shouted down by a group of outsiders, not law students, who held a Palestinian flag and chanted “No occupation, end apartheid, right of return.” Students who were present were not upset by the loud protest—only by the presence of the police who escorted the rioters out.

The concept of free speech has been perverted to stand for the right to loudly interrupt, shame, and silence any speaker with whom a mob disagrees.

In the last few years, Jewish feminists have faced Jew hatred among Islamist faux-feminists in the American Women’s March and large and angry Jew-hating LGBTQ Brownshirt-like mobs have disrupted and exiled pro-Israel gay speakers at LGBTQ conferences and marches.
I experienced a Jew-hating mob meltdown early on in 2003 and clearly, this phenomenon has only gotten worse over the years. Pro-Israel students and speakers have been bullied and threatened; faculty hiring is increasingly confined to those who are politically correct in all ways, especially on the issue of Israel and Palestine.
I’ve been writing about the perversion of free speech since 2003 in book after book and in article after article. Others, more expert than myself (Nitzana Darshan-Leitner, Brooke Goldstein) have launched lawsuits, and have often succeeded brilliantly.
Have our 21st century pioneering cognitive warriors—those who have been documenting and condemning this new kind of Egypt from the turn of the century—been heeded? Embraced by the Jewish establishments in their countries? Consulted by the Israeli government? Flocked to by publishers and world bodies?

Well—a little but not really, although their prescient ideas have been happily adopted a decade or two later.

In 2001-2002, when I first wrote that anti-Zionism is a key part of what the “new” Anti-Semitism is about, my editor challenged me, disagreed, became hostile. Now, eighteen years later, every American Jewish organization is raising money by insisting that this is so. Wealthy American Jews are hiring ghostwriters so that they, too, can command bylines which jump on ideas that are not their own and so what? Despite well funded and unfunded efforts, global anti-Semitism continues to increase, not decrease.

Early in the 21st century, I was invited to a beautiful Shabbos table. When I said that “anti-Semitism was back, and bigger than ever before,” my hostesses’s husband pompously “pooh-pooed” me, insisted that I was totally wrong, that we had nothing to worry about because nothing bad could ever happen to Jews in America, that Jew hatred was once a danger, but it absolutely was no longer so. He did not seem to consider that the very high Israeli Jewish body count unleashed by the Intifada of 2000 might also be “anti-Semitic.” I had fallen out of favor and received no further Shabbos invitations.

In 2004, when I spoke at Columbia University and said something similar, a seasoned Jewish professional mocked me as the “Jewish Cassandra.”

It’s not only me. It’s far bigger than me.

When my dear colleague, the brilliant Bat Ye’or, documented the history of Jew hatred in Muslim lands and the rise of Muslim Jew hatred on European soil she was initially scorned and dismissed as a paranoid “Islamophobe.” Bat Yeor, who herself was forced to flee Egypt because she was a Jew, knew something about Jews in Muslim countries. Some of us revered her work—but most academics savaged it for a long time. In any event, Bat’Yeor is not “politically correct” and has not been published by large, commercial publishers; therefore, her work has not been reviewed by the mass media. It remains relatively unknown except to her loyal following.
What happened to my dear, brave colleagues, Richard Landes and Nidra Poller (others too) who claimed that “Pallywood” had staged the fake murder of Mohammed Al-Dura and falsely blamed al-Dura’s fake death on Israeli soldiers? Landes and Poller spoke out immediately and kept speaking out as did some others. But did their cogent and persuasive words ever make it into the Muslim world or into the minds of the Western glitterati? Did they receive a Genesis Prize or a Nobel Peace Prize for their contribution?

To this day, because of the Al-Dura incident, it is widely assumed that Israeli soldiers wantonly kill little Arab Muslim children; Israeli soldiers, are the most ethical soldiers in the world—but not Hamas, which uses civilians, including children, as fodder, martyrs, shields.

Early 21st century Mizrahi Jewish warrior—French/North African stockbroker and media analyst Philippe Karsenty — also focused on the fakery of the Al-Dura matter. For his brave truth-telling, he was sued for libel and temporarily embattled and impoverished by Charles Enderlin of France’s Channel 2.
French-Algerian-Israeli filmmaker Pierre Rehov was also embattled and impoverished for focusing on the forgotten or “Silent Exodus” of Jews from Muslim lands. Pierre also risked his life to expose Hamas’s terror training camps in Gaza. He did so by passing as an Arabic and French speaking pro-Palestinian journalist.
My colleague and dear friend, Lori Lowenthal Marcus actually sued the IRS and won! Obama’s IRS, under the stewardship of Lois Lerner, stalled her application for more than seven years as it blithely continued to accept pro-Islamist groups but adamantly refused to grant Lori the right to have a not-for-profit, pro-Israel organization. It took Lowenthal more than seven years—and only because she is herself a lawyer did she have the ability to persist. Is her extraordinary victory one that will apply to others? Has it?
The rise of groups, outside the academy but above reproach, have also been pointing the way to the Promised Land of Truth: MEMRI, HonestReporting, NGO Monitor, CAMERA, Stand With Us, ISGAP, The Canary Mission, have all documented, exposed, and condemned Jew hatred in the West and in Arab Muslim lands. Arutz Sheva hired a reporter whose mandate was reporting the increasingy noticeable growth of antisemitism seven years ago.
Many individuals have written superb books and articles (the late, great Robert Wistrich and the late, great Barry Rubin, Ruth R. Wisse, Edward Alexander, Andrew Bostom, Alan Dershowitz, Daniel Greenfield, Neil Kressel, Giulio Meotti, Melanie Phillips, Eric Rozenman, Manfred Gerstenfeld); maintain extraordinary blogs (Elder of Zion, Optimistic Conservative); or have founded academic institutes (such as Catherine Chatterley in Canada and Charles Small, globally). But I wonder who attends their lectures or reads their work? Lately, even I cannot keep up. Have these works been adopted by universities for courses on Racism and Prejudice? I think not.

I could go on and on but will stop here.

How do we leave this Egypt? Who is our Moses, our Aaron, our Miriam? Who has God appointed? Allow me to suggest that all those whom I’ve named are among our 21st century leaders—at least in terms of the cognitive war against the Jewish people. May we someday soon be taken out of this swamp of Big Lies with a “strong and outstretched hand.”

Chag Pesach Sameach as we again leave another, ancient Egypt.