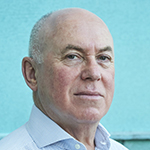 Michael Whine is the International Affairs Director at the Community Security Trust and the UK Member of the European Commission against Racism and Intolerance, a standing human rights commission that advises the Council of Europe member states.

The Organisation for Security and Cooperation in Europe (OSCE) undertook to combat antisemitism following a Ministerial level conference hosted by the German Government in 2004. Since then almost every succeeding chairmanship has held a conference on the subject to revise and update commitments, on an annual basis. These have included agreements to monitor antisemitism, train law enforcement agencies to combat and prosecute antisemitic crimes, and institute education programmes.

Following the 2014 Basle Ministerial conference, which was held in the wake of terrorist attacks against Jewish communities in France, Belgium and Denmark, the OSCE bundled these commitments into the Words into Action programme to provide a holistic approach to safeguarding Jewish communities. This relied on three components: security, education and inter-group coalition building. The programme was funded by a special grant provided by Germany.

It is worth recalling that Albania was the only country occupied by the Nazis during the Shoah that emerged after World War II with more Jews than it started, having refused to hand over its Jewish citizens’ names and having offered asylum to Jews fleeing from neighbouring states. It is a record to be proud of. This was the second high level conference on antisemitism held by Albania since 2004.

The Tirana conference, from February 3-5, 2020, was opened by the Albanian Acting Foreign Minister, as the Prime Minister and Foreign Minister had to visit Washington DC at the last moment to discuss plans for their OSCE Chairmanship. Other opening speakers included senior OSCE officials and government ministers from neighbouring Balkan states.

Thereafter, speakers reviewed the commitments made at the 2019 OSCE conference in Bratislava under the Slovak chairmanship. They included the Deputy Director of the EU Agency for Fundamental Rights (FRA), the OSCE High Commissioner on National Minorities, the Director of the Israel Ministry of Foreign Affairs Department for Combating Antisemitism, and the European Commission Coordinator on Combating Antisemitism. The latter pointed out that antisemitism not only affected its Jews, but that it also represented a threat to democracy and community cohesion. The EU had not taken concrete action at first, but it is now developing the capacity to act effectively. She stressed the importance of the 2018 Council Declaration on Combating Antisemitism, which requires states to develop national strategies, and that this will be reviewed by a new Working Group composed of states’ representatives and Jewish community groups by the end of 2020. The FRA representative noted that Jews now perceive their situation in Europe to be worsening and that antisemitism pervades all areas of society. The Israel government representative stated that the EU accord with the main social networks had reduced their antisemitic content, but that fringe platforms were hosting more violent content including the ‘gameification’ of anti-Jewish terrorism.

Three Special Envoys, whose task is to assist their states to implement decisions taken by the inter-governmental agencies, spoke next, with the US, German and UK  envoys describing their states’ work to advance their plans, and the importance of cross fertilisation of best practice.

A long session gave space to states’ representatives to describe their activities and such sessions figure in all OSCE conferences. These are somewhat tedious, but they have the purpose of requiring governments to measure their progress against targets set collectively, and although presentations may be repetitive, they introduce a measure of competition and provide for the explanation and exchange of good practice.

Thereafter, civil society actors each described the work of their groups, including the World Jewish Congress, Russian Jewish Congress, European Union of Jewish Students, Bnai Brith International and the OSCE Special Representative on Youth and Security.

The final session on the second day, focused on two of the elements of the Words into Action programme. The former Director of the OSCE Tolerance and Non Discrimination Department, who now directs the Arolsen Archives on the Nazi era and its victims, pointed out the vital importance of education that can reach beyond Holocaust high school education, and the implementation of the IHRA Working Definition of Antisemitism. The founding director of the Central Europe Center for Research and Documentation (CENTROPA) illustrated the power of films and exhibitions in portraying the normal pre-War Jewish life for young people, and how they act as effective educators on the normality of Jewish cultural and religious life.

In the second half, I moderated a session on community security with a representative of the Danish Jewish Community security organisation and the UK National Police Hate Crime Advisor. We all pointed out how law enforcement agencies increasingly work with Jewish community security groups, and how governments fund some or all of our work in partnership, while recognising that the provision of security is the responsibility of the state, for all its citizens.

It may appear to outsiders that the European agencies hold a conference on antisemitism every other month. It is certainly the case that discussions may overlap, but they remind states to recognise and coordinate their efforts better. They publicise different approaches, different skills and allow for the exchange of best practices. Several important new initiatives were discussed by participants on the margins of this conference, as has been the case with previous conferences, which may not be publicised immediately. Their effects will become apparent in due course.

It is important to recognise that half the countries of Europe have been democratic for only thirty years. During the twentieth century they progressed from autocratic governance to Nazi occupation to communist dictatorship and they have had to bring their legislation into line with modern European standards. The training of criminal justice officials to implement new laws and practices and training educators to offer relevant programmes takes time. These should be repeated continuously, as officials and police officers move on and new cohorts have to be brought into the system. It is also important to recognise that European states have many other concerns and combating antisemitism may not be at the top of their list, so such conferences have to be held again and again.

The real value of these meetings, though, is that they remind states of their obligations, and provide assistance in implementing them.