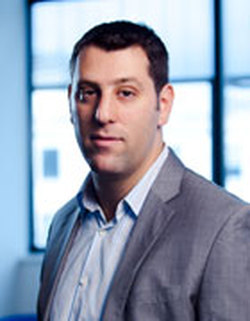 Dr Simon A. Waldman is a Mercator-IPC fellow at the Istanbul Policy Center and a visiting research fellow at King’s College London. He is the co-author of The New Turkey and Its Discontents (Oxford University Press, 2017). Twitter: @simonwaldman1

For Turkey’s President Recep Tayyip Erdogan and his ruling elite, there’s a hidden, pernicious and conspiring hand that works tirelessly against the Republic of Turkey. Were it not for the connivance of this clandestine network, Turkey would be a global power and leader of nations.

Who are these sinister conspirators who plot within the murky shadows of international corporations, governments and transnational bodies against the Turkish Republic? You guessed it: Jews. And global bogeyman George Soros is just one of them.

On November 21, Erdogan pointed the finger at George Soros for apparently conspiring against the Turkish government.

He did this by claiming that the Turkish businessman and philanthropist Osman Kavala, currently detained and awaiting trial, was working for “the famous Hungarian Jew George Soros.”

Erdogan added that Soros “is a man who was assigned to divide nations and shatter them. He has so much money and he is spending it in these ways,” including, apparently, to orchestrate the 2013 Gezi Park protests against government plans to demolish one of Istanbul’s last remain green spaces, and which became a protest against Erdogan’s increasingly authoritarian rule.

In Turkey, anti-Semitic conspiracies are not merely present, they are part and parcel of government ideology.

Back in 2013 many Turkish citizens took to the streets to protest the imminent demolition of Gezi Park. Soon, the demonstration morphed into widespread protests that expressed discontent towards Erdogan and his ruling Justice and Development Party (AKP).

Instead of recognizing that not all in Turkey were satisfied with the Government’s performance, the then Deputy Prime Minister, Besir Atalay, claimed that the chief orchestrators of the protests were not Turks, but international Jewry. One of Erdogan’s chief advisors was even so brazen as to attack government rivals for “raising soldiers for the Jews.”

Baffling economists and political analysts alike, Erdogan accused the Gezi Park protestors of being provocateurs for the “interest rate lobby,” a group whose previous existence was unknown. But as Efrat Aviv notes, in her 2017 book “Antisemitism and Anti-Zionism in Turkey,” an explanation emerged – from a newspaper owned by none other President Erdogan’s son-in-law.

Who’s the despicable group seeking to manipulate Turkey’s interest rates for their own profit, to wreak havoc among Turkey’s economy? A network of Jewish financiers, working in cahoots with Opus Dei and the Illuminati!

After the Gezi protests, Erdogan named the body responsible for all of Turkey’s ills and difficulties – “The Mastermind.” Several months later, Haber, a pro-government television channel, aired a documentary  also called “The Mastermind.”

With the help of pro-government academics, journalists and other cognoscenti, the documentary explains that Jewish machinations are as ancient as the story of Moses, the descendants of whom, Jews, have sought global dominance for 3,500 years.

It was they who brought down the Ottoman Empire, forced the demise of Islamist governments, and continue to plot against Turkey, even manipulating the U.S. government.

Since then, Erdogan has repeatedly mentioned “The Mastermind.” Since the explanatory documentary has been aired (several times) by a network sycophantic to him, it’s clear that every reference he makes means only one thing: Jews.

Secret Jewish conspiracies are part in parcel of the ideology from the political environment from which Erdogan and the AKP emerged.

The Islamic Milli Gorus (National Outlook) movement surfaced during the 1970s. Central to the Milli Gorus ideological perspective is an idiosyncratic type of anti-Semitism which points the accusatory finger at either Jews or Donmes (followers of the 17th century “false messiah” Shabbtai Zvi) for bringing about the demise of the Ottoman Empire and creating a secular society upon its charred remains.

Such a movement would have been but a meager footnote in the relentlessly vast history of anti-Semitism, were it not for the rise of the Islamic Welfare Party, a later incantation of the Milli Gorus tradition. Under the leadership of Necmettin Erbakan, an old political bruiser if ever there was one, the party entered government in 1996 with Erbakan as Prime Minister, only to be ousted after a military intervention the following year.

Erbakan was a rabid anti-Semite of the highest order who liked to rabble rouse about Jewish conspiracies while offering a sprinkle of nasty slurs to top it off. Jews as bacteria, that sort of thing.

Fast forward to today, and is it any wonder that the intellectual inheritors of nonsense passed as knowledge allege that there is a secret Jewish plot against Turkey? And still it continues unabated, and in full force.

Erdogan is on record as making vulgar anti-Semitic slurs (“You are the spawn of Israel!” he told a member of the public who dared to criticize him). He has brazenly stated conspiratorial nonsense such as Jewish capital being behind the New York Times, after the leading daily criticized his anti-democratic practices.

He tried to delegitimize the 2017 independence referendum in Iraqi Kurdistan by insinuating the referendum was a result of Jewish duplicity. In Erdogan’s words: “You have the former foreign minister of France [Bernard Kouchner] on one side and another Jew [Bernard-Henri Levy] on another, working at the table together,” while also alleging that the Mossad and the Kurdswork hand-in-hand.

Turkey’s current financial crisis, a result of the country’s current account deficit, foreign currency debt, lack of central bank autonomy and the President’s aversion to interest rates, has also been blamed on Jews.

In August as the Turkish lira tumbled against the dollar, Burhan Kuzu, AKP co-founder and member of parliament until the June elections of this year, commented that it was “Jewish banking families” who were responsible. Erdogan himself said those behind the 2016 attempted coup were the same people responsible for the currency crisis. Who were those people?

The failed coup of July 2016 was not merely perpetrated by a Gulenist faction among the military. It was, according to supporters of Erdogan, part of a wider Jewish plot.

They claim that Fetullah Gulen, the Turkish Islamic preacher in self-imposed exile in Pennsylvania and Turkey’s public enemy number 1, is actually a Jew, a Karaite Jew in fact says Ersin Ramoglu, a columnist from pro-government newspaper Sabah, echoing Fuat Ugur, another pro-Erdogan journalist.

Tamer Korkmaz of the pro-government daily Yeni Safak explained that Gulen is part of the Zionist – Crusader alliance which seeks to reduce Turkey to a colony of the West. According to Korkmaz, the venerable Jewish community organization B’nai Brith is in on the plot!

Such assertions were seconded by other columnists from leading dailies such as Can Kemal Ozerof pro-government Yeni Soz, and AKP parliamentary deputies such as Orhan Deligoz.

From this perspective, Gulenist activities, the chaos in Syria and even the activities of ISIS, are all machinations of the Jewish “Mastermind”, a ventriloquist puppet master, a Jewish Mephistopheles seeking to bring Turkey down.

Turkish anti-Semitism is a central bedrock of the ideological thinking of President Erdogan, his AKP government and their supporters. Try this easy test: The next time you hear of a negative political or economic development in Turkey, look out for the anti-Semitism. You can’t miss it.

This article first appeared on 12 December 2018 in Haaretz