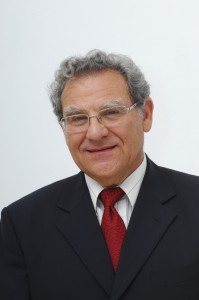 Efraim Inbar, a professor of political studies at Bar-Ilan University, is director of the Begin-Sadat Center for Strategic Studies. He also is a Shillman/Ginsburg fellow at the Middle East Forum.

Israel is demonized and singled out by the media and international bodies. Israel is accused of excessive use of force, despite its great efforts to minimize collateral damage, while the massacres by the Assad regime or the heavy collateral damage resulting from Saudi attacks in Yemen are hardly mentioned. The EU decided to mark the products of the Israeli settlements beyond the “Green Line,” taking no similar action for the products in northern Cyprus (occupied by Turkey), or in Tibet (occupied by China), or in Western Sahara (occupied by Morocco). Israel, a democratic state, is accused of human rights violations, while the UN ignores the human rights violations of many of its members.

The reasons for the dislike of the Jewish state are numerous and often reinforce each other.

First, there is a theological base for hatred towards the Jews and Israel. For the two largest religions, Christianity and Islam, comprising roughly half of the world population, Jews are problematic. Theological considerations have produced centuries of anti-Semitism. While not all Christians and Muslims are anti-Semitic, their cultures are permeated with anti-Semitic motifs.

Deicide is a main motif in the Christian tradition. However, the obstinate Jews have consistently across time rejected the Christian conditions for redemption. Similarly, Islam was conscious of the Jewish rejection of the prophet Muhammad. While Jews, as people of the book, are not considered infidels, they are still relegated to dhimmitude – second class citizens.

We can detect attempts in Christianity to change internal attitudes towards the Jews. It remains to be seen how successful they are. In contrast, very few Muslim religious leaders have engaged in similar efforts. Furthermore, the rise of radical Islam is also hardening the attitudes towards Jews among Muslims and particularly Arabs.

Second, Israel’s unique story is not always easily accepted. Israel reflects an unprecedented journey of an ancient people in the diaspora back to their homeland.  After 2000 years the Jews returned to reestablish their state. The juxtaposition of Israel’s Zionist story against the Palestinians’ is not always convincing. Often Zionists have to explain that a large proportion of the Arabs in Palestine have arrived in the 19th century. In addition, most of the world does not remember that the Arabs in Palestine have rejected all compromise proposals, and that attempts at co-existence were countered by rampant violence. Justifying Israel’s story needs prior knowledge when many people do not pay attention to historical details. Zionism is very different from the annals of national movements elsewhere. Jews are nowadays involved in a tragic struggle with a population that is seen by many as oppressed natives.

Indeed, part of the West is displaying feelings of guilt for its colonial past, which is projected onto the Arab-Israeli conflict. The establishment of Israel is seen through a colonialist prism, according to which Western powers have implanted a Jewish state in the Middle East to enhance their control of this region. The Muslim world has largely embraced this outlook, which reinforces its religious hostility to the Jewish state. Israel is seen by the Arabs as a nation of modern crusaders that are doomed to disappear.

In contrast, Israel is a nationalist phenomenon, when in certain circles, particularly on the left, nationalism has become more suspicious. Nationalism is often equated with jingoism and narrow minded conservatives. Furthermore, some reduce Judaism to constitute a religious phenomenon only, denying the legitimacy of its nationalist manifestation.

Fourth, the radical left, that has traditionally been hostile to Zionism, has become in many countries more influential. Such a shift we see in the socialist parties of Europe. For example, the new Labour leader in the UK, Jeremy Corbyn, is far to the left and is of course anti-Israeli. President Barack Obama in the US is part of the left wing of the Democratic Party, which has been more critical of Israel’s policies than other elements in the American political spectrum.

Fifth, we witness the tightening of the Red-Green alliance. Its main glue is anti-Americanism. They don’t like America for what it stands for, and as Israel is rightly perceived as a staunch US ally, they by extension don’t like Israel. The Red-Green alliance is nowadays a stronger political force, particularly in Europe, where increasingly larger Muslim minorities are located.

Sixth, the memory of the Holocaust for non-Jews is becoming more distant. The feelings of sympathy for Jewish suffering are weaker today and cannot overcome deeply rooted cultural anti-Jewish dispositions. Unfortunately, such feelings are sometimes replaced with pervert sympathy for the Palestinians who are portrayed as victims of Israeli Nazi-type behavior. Furthermore, the Palestinians have capitalized on this with systematic propaganda to cultivate their perceived (and cherished) victimhood status.

Seventh, part of the animosity toward Israel is the result of the activities of misguided Jews. Often, we hear critics of Israel saying: “I read this argument in Haaretz.” We have organizations such as “Jews for Justice in Palestine,” similarly to “Jews for Jesus.” In the US, the J-Street lobby joins in supporting anti-Israeli campaigns.

Unfortunately, we have to recognize that hatred of Israel is omnipresent just as hostility toward Jews has always been a widespread historic phenomenon. Israeli policies can hardly change this predicament. Whilst facing an uphill struggle, Israel’s public diplomacy should not desist from its efforts to portray Israel as a moral beacon in the dark age that has befallen the Middle East.