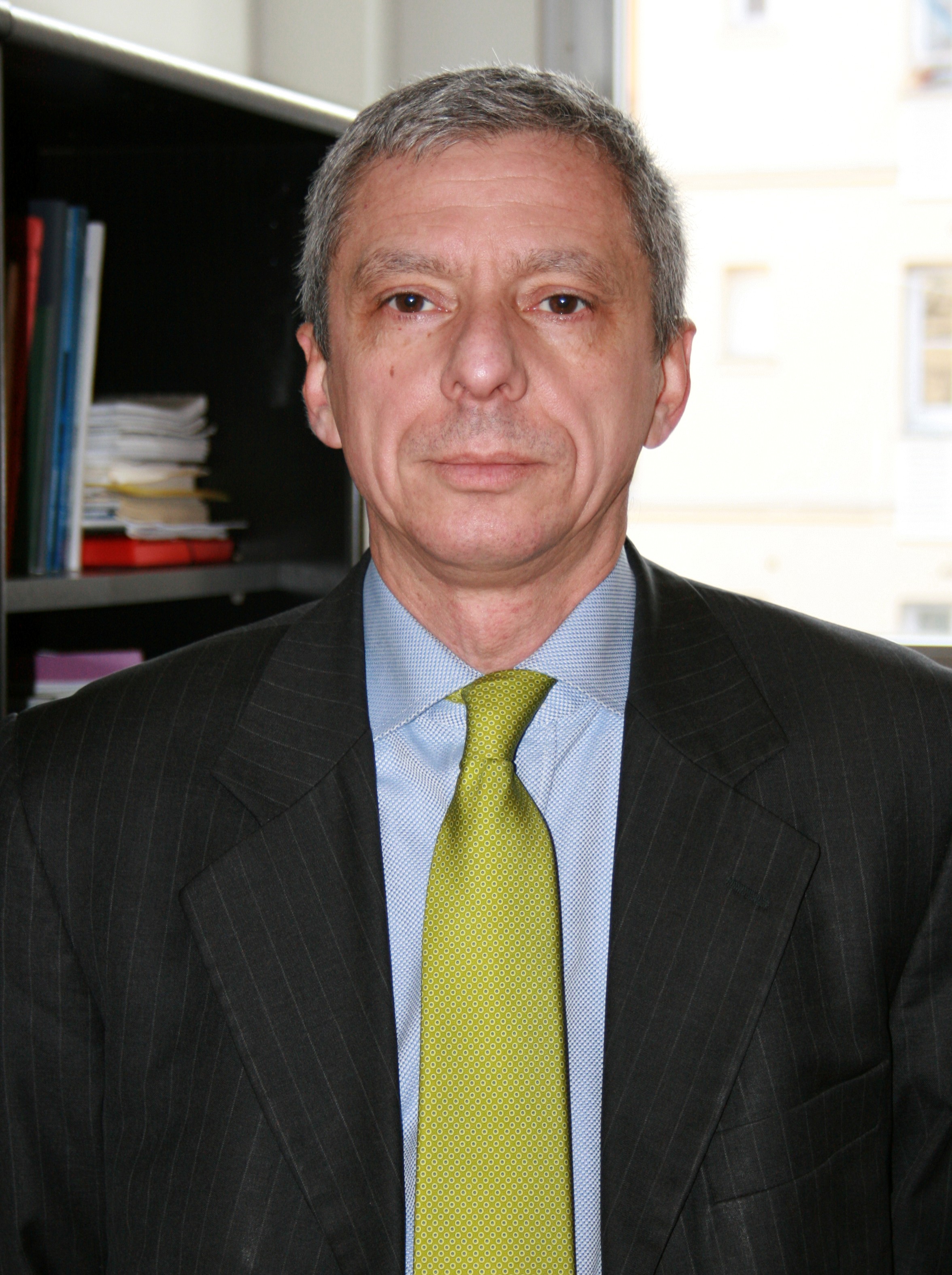 The mass terror attacks which took place in Paris and the nearby town of Saint-Denis on the evening of November 13 did not specifically target Jewish individuals, property or events (in fact, the attacks occurred on the Jewish Sabbath in the French capital). Although at least two Jews were killed at the Bataclan concert hall, these attacks do not appear to have been motivated by antisemitism; this runs contrary to claims by various Jewish organizations that the Bataclan was targeted because it was, until very recently, owned by Jews, and had hosted pro-Israel charity events threatened by pro-Palestine demonstrators.

What distinguishes the November 13 attacks from the Charlie Hebdo and the Hypercasher store attacks in January 2015 is the targeting of victims not on the grounds of their allegedly Islamophobic ideology or their religion but rather precisely because of their diverse, multi-ethnic, middle class backgrounds. The entertainment venues were attacked because they are a symbol of everything the Islamist radicals despise; nightlife, music, gender-mixing and inclusive society. They targeted the – generally more liberal – youth and, very specifically, those districts of Paris where a significant proportion of the young, emerging Muslim middle class population lives, and whose adherence to certain aspects of Western culture are an anathema to the fundamentalists.

The diverse backgrounds of the victims explains why the French population seems to have reacted more strongly to these attacks than they did to those at the beginning of the year, despite the huge demonstration which gathered several million on January 11. Following the most recent attacks, the crowds paying homage were much smaller (probably numbering a few thousand), if only because the newly enacted State of Emergency put a ban on mass demonstrations. But while the demonstrators and the public opinion at large mourned the January victims without necessarily identifying with them– in a way that was more compassionate than it was political– this time French citizens appear to understand that radical Islam is a threat to all those whom the Jihadis refer to as kuffar. That the French have finally opened their eyes to this threat is a welcome development, though it is belated, as evidenced by the sluggish response to attacks directed solely against Jews.

An important consequence of the attacks is that French President François Hollande and Prime Minister Manuel Valls immediately took strong political and military action following the attacks, the scale of which was in tune with the unprecedented magnitude of the killings. For these were not only the first simultaneous and coordinated attacks carried out in France against large venues such as the Stade de France but also the first case of suicide bombers blowing themselves up, either in a crowd or in a stand-off with the Police Special Force.

Furthermore, it soon emerged that the terror commando team was trans-national, both because its members held citizenship of France, Belgium and Morocco, and because the planning of the attacks had involved intense traveling between the Middle East and Europe. Therefore, the response from the authorities had to include coordination with other countries, especially Belgium, in order to be effective. It was also of the utmost importance that despite their very strong commitment to furthering integration within the EU, the French authorities address the hot issue of why and how the Schengen zone had become impossible to control. At least two members of the commando had slipped by Greek police when they entered into the zone as refugees from Syria, a fact that served as an eye-opener to a reality many already had warned about: those countries which are at the southernmost and easternmost part of the EU are simply unable to effectively monitor the whereabouts of all the refugees and asylum-seekers who pass through their borders, a few of whom could be potential terrorists, seeking to take advantage of the loose admission policy of many EU member States.

President Hollande decreed a State of Emergency on November 14. Two days later, he addressed an extraordinary session of both Houses of Parliament and announced that the Government would prepare new legislation on preventing terrorism, with the intent of having Parliament pass the new laws as soon as possible. He, and the Prime Minister, stated for the first time that the country “is at war with terrorism”. Significantly, both carefully avoided mentioning a “war against Islam”. President Hollande, who spoke out against “the enemy” following a “misguided version of Islam which betrays its Holy book”, appears to be softer on this issue than Prime Minister Manuel Valls, who called on the Islamic community to “stand up against radicalism and stop being complacent towards terrorism and the Jihadis”. Furthermore Valls, who is deeply concerned about the rise of antisemitism, broke a major taboo when he stated that “Salafism and radical Islam derive from Islam”. This is an important step in the Social-Democratic Left towards finally understanding the totalitarian nature of the enemy, and the existing link between terrorism, the Salafi ideology (around 100 mosques are now controlled by the Salafi in France and two have been shut since the attacks) and Islam.

One of the consequences is that the gap is widening between the Socialist Party, to which both men belong, and the Communists, the Green Party and the Left Party – whose voters will decide whether the Left will win in the Regional elections held on December 6 and 13. The latter parties have been quite vocal against the State of Emergency on the grounds that it may lead to an authoritarian rule and that it runs contrary to civil liberties. Although the Ministry of the Interior has been given the extra-ordinary power to put those who are suspected of being linked to radical Islam under house arrest, an unseemly prospect to some on the other side of the Atlantic, one has to understand that Europe has a long history of civil wars, internal strife and challenges to the Rule of Law by political extremists. The radical left, which is now fighting the State of Emergency, does not do so because it supports liberal values as embodied in the American Constitution or the Declaration of Human Rights. It does so because of its political bias in favor of those they believe are the “new working-class of the 21st Century” and the new oppressed people of our times; that is the Muslims. The radical left has betrayed its traditional support for secular values and, while it consistently downplays the rise of antisemitism, and uses Israel as a scapegoat for all the evils of the world, its major concern now is not the terrorist threat but the surge of Islamophobia which followed the attacks.

In fact, according to figures from the Ministry of the Interior, thirty-five anti-Muslim incidents were recorded after November 13, none causing casualties or heavy bodily harm. One antisemitic incident was recorded in Marseille, where on November 18 an Orthodox teacher at the Yavné Jewish School was stabbed with a knife. One of the perpetrators showed his victim a photograph of Mohamed Merah (who killed Jews at the Ozar Hatorah school in Toulouse) while attacking him, and another wore a shirt with the emblem of Daesh. Antisemitic incidents peaked between January and May 2015 (+84% when compared to the same period in 2014), followed by a sharp decline from May until September. Overall, an average decrease of 1.5% this year is to be expected when compared to the previous one. This means, however, that there were more than 800 incidents, whereas the Observatoire national contre l’islamophobie, a Muslim watchdog group, says 330 anti-Muslim incidents were perpetrated between January and September 2015, against 110 in 2014. Those are the facts, which do not allow observers to equate the scope of antisemitism with that of anti-Muslim violence.

Nonetheless, the attacks which took place this year have resulted in a political consequence that will affect both Jews and Muslims, and the population at large: the extreme-right party led by Marine Le Pen, the Front National (FN), is currently polling at 27.73% in the next elections, which is slightly more than the mainstream Conservative coalition led by Nicolas Sarkozy, and much more than the Socialist Party (23.12%). Let us remember that the FN would like not only to stop immigration and have France opt out of Europe, but also ban dual citizenship (including that with Israel), stop funding those NGOs it claims are based on faith and/or religious affiliation (including Jewish NGOs) and ban all religious garb outside of one’s home (including scull caps).