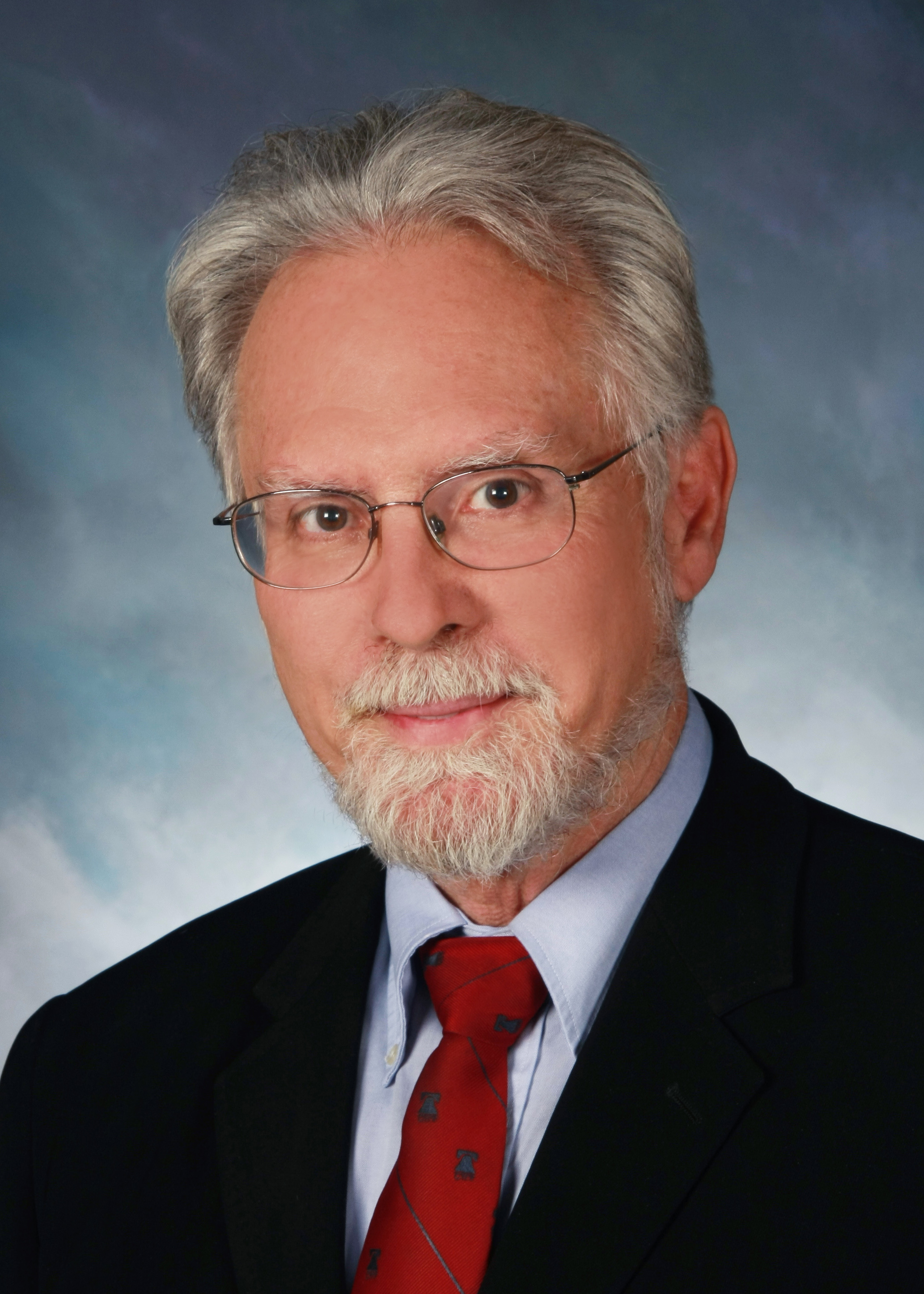 David Patterson holds the Hillel A. Feinberg Chair in Holocaust Studies, Ackerman Center for Holocaust Studies, University of Texas at Dallas. A winner of the National Jewish Book Award and Koret Jewish Book Award, he has published more than 35 books and more than 200 articles, essays, and book chapters on various topics in literature, philosophy, the Holocaust, and Jewish studies. His most recent books include: The Holocaust and the Non-Representable (2018), Anti-Semitism and Its Metaphysical Origins (2015); Genocide in Jewish Thought (2012); and A Genealogy of Evil: Anti-Semitism from Nazism to Islamic Jihad (2011).

The Muslim Brotherhood has its forerunners: Wahhabism and Salafism, both of which are purist movements designed to purge Islam of all corrupting influences. Wahhabism was founded in 1744 by Muhammad ibn ‘Abd al-Wahhab al-Tamini. Building on its principles, Salafism emerged in the mid-nineteenth century as a collective movement. Salafists, deriving their name from the word salaf, meaning “pious ancestor,” promote the reestablishment of the Caliphate and are opposed to modern forms of government that allow tolerance of other religions. They prepared the soil for the emergence of the Jihadist organizations of the 20th century, chief among them being the Muslim Brotherhood. Ziad Abu-Amr identifies three periods in the genealogy of the evil embodied by the Brotherhood: the rise of the movement and its years under the rule of Hasan al-Banna are known as “the stage of insurrection” (1928 – 1949); the emergence of Sayyid Qutb in the midst of the persecution of the Brotherhood is called “the stage of ordeal” (1949 – 1967); and the spread of the Brotherhood throughout the world is referred to as “the stage of differentiation” (1967 – present).[1]

The Stage of Insurrection: Hasan al-Banna

In March 1928, Hasan al-Banna and six other men founded the Muslim Brotherhood. Their creed was: “Allah is our goal, the prophet our model, the Koran our constitution, Jihad our path, and death for the sake of Allah the loftiest of our wishes.”[2] Al-Banna asserts, “A good man takes delight in launching Jihad,”[3] that is, takes delight in indiscriminate murder for the sake of Allah, beginning with the murder of Jews. Here we discover that the Brotherhood’s stage of insurrection entailed an insurrection against the very notion of a good man—of a human being—as understood through the millennial testimony of the Jewish people.

In April and May 1938, the Brotherhood led violent demonstrations against Egyptian Jewish communities. In October 1938, they organized the Parliamentary Conference for Arab and Muslim Countries in Cairo, where they distributed Arabic translations of Mein Kampf and the Protocols of the Elders of Zion. In 1939, they planted bombs in a Cairo synagogue and in Jewish homes. By 1947 the Brotherhood had more than two dozen branches in Palestine and Jordan; by 1952 they had more than fifty in Sudan. When King Farouk granted Nazi war criminal Haj Amin al-Husseini asylum in Egypt on 20 June 1946, al-Banna applauded the decision. More than a source of pride, the Nazis were a source of inspiration, demonstrating as they did that the extermination of the Jews is possible.

As the Muslim Brotherhood became more popular and acquired more power, it became an ever-increasing threat to the political structure of Egypt. They viewed the Egyptian monarchy as tainted by Western ways. Agents of the Brotherhood murdered Prime Minister Ahmed Maher in 1945 and his successor Mahmud Fahmi Nokrashi in 1948. When King Farouk’s secret agents assassinated Hasan al-Banna in an act of retaliation on 12 February 1949, the Brotherhood’s stage of insurrection came to an end.

The Stage of Ordeal: Sayyid Qutb

It would be mistaken to assume that during this stage the Brotherhood suffered setbacks. In fact, its influence spread more rapidly than ever—thanks to Sayyid Qutb. Qutb officially joined their ranks in 1951. Fearing the Brotherhood’s increasing popularity, Gamal Abdul Nasser, who had come to power in a military junta in July 1952, carried out a round-up of Brotherhood members in 1954. Nasser put Qutb in prison, during which time he wrote several of his most significant Jihadist works. On 29 August 1966 he was executed.

Qutb divides the world into the realm of God (Islam) and the realm of Satan (personified by the Jews).[4] The Jews, then, are the evil that plagues humanity: “[The Jews’] aim is clearly shown by the Protocols [of the Elders of Zion]. The Jews are behind materialism, animal sexuality, the destruction of the family and the dissolution of society.”[5] The final solution to the eradication of this evil is Jihad. Qutb’s most infamous diatribe against the Jews is an essay titled “Our Struggle with the Jews.” There he develops three themes: (1) the Jewish goal of Islam’s destruction, (2) the evil essence of the Jews, and (3) the balance of power in this situation, in which the Jews are “the eternal enemy of Islam.”[6] If the Jews pose a threat to humanity not due to their actions but due to their essence, then they fall outside the possibility of conversion and redemption. Here Qutb plays on the fear of an enemy who is as invisible as Satan, whose reach extends everywhere, unseen, nefarious, and insidious. Meanwhile the Muslim Brotherhood’s presence continued to grow.

The Stage of Differentiation: The Brotherhood Extends Its Reach

The Brotherhood’s stage of differentiation was marked by the dramatic dissemination of its ideology throughout the Muslim world. Islamic scholar Said Amir Arjomand, for example, observes that the clerics, led by Ruhullah Khomeini in the Iranian Islamic Revolution, were avid readers of Sayyid Qutb.[7] Khomeini and his cohorts viewed the Jews as both the disease and the carriers of the disease of Judaism. And the Jew is everywhere. Therefore the extermination of the Jews has to be total, and the most effective weapon to attain that end is the nuclear weapon; the Jihadists of Iran can no more renounce the acquisition of nuclear weapons than they can renounce Allah.

A direct offshoot from the Islamic Republic is Hezbollah, or the “Party of God.” Hassan Nasrallah, the current leader of Hezbollah, has made it clear that the Jihadist enemy is not Israel, but the Jew: “If we search the entire globe for a more cowardly, lowly, weak, and frail individual in his spirit, mind, ideology, and religion, we will never find anyone like the Jew—and I am not saying the Israeli.”[8]

The second Islamic state to stem from the Muslim Brotherhood in the stage of differentiation is Sudan. The Sudanese Brotherhood was officially established at a conference held on 21 August 1954. Their inspirational leader was Hassan al-Turabi. With the establishment of the Brotherhood-based National Islamic Front in 1987, al-Turabi embarked on a program that would ultimately include the infamous genocide in Sudan. In 1989, al-Turabi set up training bases for Al-Qaeda, Palestinian Islamic Jihad, Hamas, and the Palestinian Liberation Organization; he also strengthened ties with Iran.[9] On 16 October 1993, Omar al-Bashir declared himself President of Sudan. More aggressively than ever, he took up the task of the Islamization of Sudan through a program of genocide.

As the Muslim community began to expand into Europe, the Muslim Brotherhood became increasingly aware of new opportunities there. On 1 December 1982, they drafted a document called “The Project,” outlining a global vision of a worldwide strategy for Islamic policy. Hatred of the Jewish state is a theme that runs throughout “The Project.” On 22 May 1991, the Brotherhood published a similar document, titled “An Explanatory Memorandum: On the General Strategic Goal for the Group in North America.” The “Explanatory Memorandum” was entered into evidence as Government Exhibit 003-0085 in the trial of the United States vs. the Holy Land Foundation.[10] In recent years, Al-Qaeda has proven to be crucial to bridging the stage of differentiation with the Arab Spring.

Al-Qaeda’s Origins and the Arab Spring

In the aftermath of the Islamic Revolution in Iran and the Soviet invasion of Afghanistan in 1979, numerous Jihadist groups joined forces to form a network called Al-Qaeda al-Sulbah. Their stated goals are “(1) establishing the rule of God on earth, (2) attaining martyrdom in the cause of God, and (3) purification of the ranks of Islam from the elements of depravity,” where the Jews are the primary source of depravity.[11] The pivotal figure here, however, is not bin Laden, but Abdullah Azzam.

Immediately after the Soviet invasion of Afghanistan on 25 December 1979, Azzam issued a fatwa linking the struggle against the Soviets with the struggle against the Jews and declared a jihad on both. In his Defense of the Muslim Lands (1987), he issues a call to render Palestine “purified of Jews.”[12] Killed in Peshawar on 24 November 1989 by assassins who remain unknown, Azzam did not live to see how far his influence would extend. Ayman al-Zawihari would see to it that this legacy would continue. He asserts that not only does “the global Jewish government” control the United States,”[13] but the Jews manipulate the media and “propaganda tools” throughout the West.[14] It is a religious duty to murder them.

Then we have Osama bin Laden, born on 10 March 1957 in Riyadh. At King Abdul University he studied the writings of Sayyid Qutb and attended lectures by Muhammad Qutb and Abdullah Azzam. After completing his university studies, in 1980 he traveled to Peshawar to recruit Arabs for jihad against the Russians in Afghanistan. In an interview with Al-Jazeera, aired in December 1998, bin Laden identified Jew hatred as “part of our belief and our religion.”[15] Throughout the 1990s and into the 2000s, bin Laden pushed for a globalization of Islamic Jihadism and the spawning of many offshoots from Al-Qaeda. This move placed A-Qaeda, as well as the Muslim Brotherhood, in the perfect position to transition from the stage of differentiation into the time of the Arab Spring.

The Stage of the Arab Spring: 2011 Forward

The Arab Spring’s upheaval in Egypt brought about the election of the Muslim Brotherhood’s candidate Mohamed Morsi on 24 June 2012, the man who declared that there cannot be peace with “descendants of apes and pigs.”[16] In 2015, he was convicted of conspiring with Hamas to undermine the Egyptian government and sentenced to death; his death sentence was overturned in 2016. The Arab Spring spawned other Al-Qaeda-linked organizations: the al-Nusra Front in Syrian, the Houthis is Yemen, Algerian Al-Qaeda, Boko Haram, and al-Shabaab. There are more, and they are spreading. The reports of Jihadist acts of murder pour in day by day,[17] and almost all are traceable to the Muslim Brotherhood. So we must ask: How friendly are our governments toward the Muslim Brotherhood? How knowledgeable are our leaders about the Brotherhood? To what extent has the Brotherhood established a foothold in our societies? This is no conspiracy theory. Nothing is hidden or secret. All you have to do is look at what they write, what they preach, and what they do. Then, perhaps, we may name the antisemitic evil: Islamic Jihadism spawned by the Muslim Brotherhood.

[10] Muslim Brotherhood. “An Explanatory Memorandum: One the General Strategic Goal for the Group in North America,” 1991, http://www.investigativeproject.org/documents/misc/20.pdf.

[16] “Morsi: No Peace with Descendants of Apes and Pigs,” The Jerusalem Post, 4 January 2013, http://www.jpost.com/Middle-East/Morsi-No-peace-with-descendants-of-apes-and-pigs.