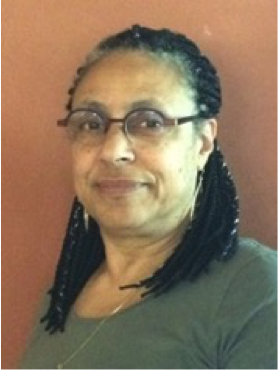 The tenor of “identity politics and polemics” has lost listeners even as the tone of debates has intensified: there is a dialectic of tuning in and out of conversations about whether Jews who look white are, in fact, White? The argument, which gained media traction over the last twenty years – a relatively short period of time for some, but a lifetime for millennials – latched on to the phrase “white Jews” set in juxtaposition to “Jews of color” and “Black Jews.” These expressions may have insinuated themselves into the Jewish forum, but they foolishly ignore Jewish and general history. Too many Jews overlook the significance of scientific racism in Nazi ideology and among white supremacists as well as the simple fact that in all racist societies, ancestry always trumps appearance. This is a central lesson from places where domestic genocide (e.g., Belfast, Kigali and Sarajevo) confounds “outsiders” who do not “see” physical distinctions that locals presume to be obvious.

“Whiteness” in America is not and has never been self-evident – and that is the point of passing: of not revealing information that would reposition someone from “being white” to “not quite white” or “not white” at all.[1] This difference between looking white (appearance) and being white (an existential registry of racial purity) inspired the subtitle of my book “…not the color of your skin but the race of your kin.”[2] It is this difference that was forcefully communicated by white supremacists in Charlottesville and reiterated in Pittsburgh to the consternation of some Jews who feel entitled to whiteness and cry mea culpa while enjoying its privilege.

The desire to identify as white remains astounding to a few people, like me, who were born in the United States only because one of their Jewish parents was among the lucky few to escape Nazi Europe on a passport listing “Jew” as his or her Race. Once upon a time, not long ago, there was a simple question: are you a Jew or are you white? And the answer might have been: I am a Jew and I am perceived as a white person to the extent that I am not too visibly Jewish [i.e. assimilated].

In the United States today, the majority of younger Jews are third, fourth and fifth generation American: they are of Ashkenazi descent, with a smaller number of Ladino Jews of Spanish and Portuguese origin who were eligible to become American citizens because they were from Europe. These 18th and 19th century refugees who escaped the Inquisition, pogroms and poverty met the legal prerequisite of “free white person” even though Anglo-American Protestant nativists saw them as swarthy, unclean and illiterate.[3] The Jews coming from Europe slipped through a loophole, which Congress eliminated in 1924 with a restrictive new Immigration Act: the Johnson-Reed Act.

In the context of public life in the United States, racism, antisemitism, islamophobia, xenophobia, and a variety of passive prejudices have too often come to be discussed in terms of physical appearance. The energy and time squandered arguing over whether Jews are functionally white, nominally white, politically white, or socially white presents a spurious debate over racial identities rather than a substantive debate about meanings. What does being and identifying with Jewish values and Jewish history actually mean? Let’s acknowledge: white-skinned American-born Christian and Muslim Arabs, including Palestinians, Lebanese, Jordanians and Syrians, are not agonizing over their whiteness or their access to privilege based on appearance.

Twenty-five years ago, Karen Brodkin gifted us with an important and thought-provoking book, How the Jews Became White and What That says About Race in America.[4] The conversation about racism, which should have continued, leaped quickly from a focus on shifts in the racial position assigned to descendants of Jews from Europe to the current idea that “Jews are white but there are other people who are Jewish but not white like the rest.”[5] It is this “but” that signals intellectual laziness, promoting a gross misunderstanding of the relationships between Jews as a collective, Jewishness as a matter of “religion,” “culture” and political identity, as well as the relationships between Jews to people who are neither Jews nor Jewish.

With an incessant and insistent rigor, The Forward has been a key platform for a frivolous argument that is, above all, a quintessentially “Made in America” creation. Consider the July 2018 chain of titles: Nylah Burton’s “White Jews: Stop Calling Yourselves ‘White-Passing,’” Micha Danzig response, “No, Ashkenazi Jews Are Not ‘Functionally White,’” both perfectly topped by Larisa Klebe’s “Anti-Semitism Is Real — And So Are White Jews” and Mia Brett’s October 2018 reflection on “The Privilege And Peril Of Being A White Jew In Today’s America.”

If writer James Baldwin was a provocative voice in 1967, his observation and criticism in his noteworthy New York Times essay, “Negroes Are Anti-Semitic Because They’re Anti-White” should provoke far more interrogatory self-reflection today.[6] The phenomenon to which he pointed – in a tone that some Jewish activists, who comprehended whiteness as a historical and political oxymoron for Jews, thought too accusatory– has proven to be quite prescient (obviously making allowance for vocabulary of the time): “[i]n the American context, the most ironical thing about Negro anti-Semitism is that the Negro is really condemning the Jew for having become an American white man–for having become, in effect, a Christian.”

The post-90s use of racialized adjectives “white” and “black” anchored to the noun Jew(s) is quite the opposite of how an earlier generation of Jews and Black Christians conceptualized and perceived Jews as individuals and as a collective. As a result, the question of power and privilege was very much at the forefront of Baldwin’s criticism of Jews in which he differentiated Jews from Whites without minimizing the reality of Christian antisemitism. It is the conjunction that distinguishes being white [to be white] from advantages that accompany looking white enough to pass as Euro-American Christians.

Two decades later, it is important to note, Brodkin’s brilliant analysis unwittingly legitimized an uncomfortable sentiment and transformed it into a new racial identity, completing a process that peaked with the Oscar-award winning film “Gentleman’s Agreement” and its close competitor “Crossfire” – both assimilating Jews as generic white Americans who have a different religion and are Jewish, but belong to the same Judeo-Christian tradition.[7] We might call this process an example of “racecraft” –– a term coined by Barbara Fields and Karen Fields to name the illusion of race produced by the practice of racism.[8] In this case, antisemitism seems to disappear as whiteness displaces Jewishness as a first and primary identity, which invents and invests in a corollary difference from those who are now identified first as people of color and only afterwards as Jews. In a puff, racialized diasporic identities are privileged at the expense of collective memory. Of course, Charlottesville and Pittsburgh seem incomprehensible: being white was an optical illusion.

Instead of insisting on identities and identification that fetishize individual experiences of a “Jewish person of color” and “a white Jewish person,” we should vigilantly confront the American experience of being Jewish from being raced in America, where race is always a verb, an action and intervention intended to privilege some and disadvantage others. Not only would this allow a “both…and” discussion of being Jewish,[9] but it presupposes the political stakes of identifying or being identified with other socio-political groups.

Yes, Jews do come in all colors, shapes and sizes. They speak languages of the diaspora and register cultural nuances of their communities. In the United States, for example, Jewish diversity means that Jews have profound differences of opinion, lifestyle, values and political views. Being Jewish in Los Angeles and New York City is significantly different than Des Moines and Duluth. There is widespread amnesia within Jewish circles about 19th and early 20th century German Jewish attitudes toward Polish and other Eastern European Jews, including opposition to marriage. Even today’s ultra-orthodox community has internal hierarchies dictating who should marry whom, another reminder that class prejudice is always articulated in the language of race while upward mobility revises how the past is relayed to the next generation with significant omissions.

Newspaper editors and publishers have the leverage to act as gatekeepers with the power to curb lazy thinking and insist on precision. Words and images matter and the lazy vocabulary of “white Jews” – where color serves as a signifier and not merely a physical description – should be identified and interrogated as oxymoronic and offensive. Jewish diversity was and remains a fact and needs, more than ever, to be intentionally and conscientiously integrated into news features and reports, rather than headlined as exotic, anomalous or misrepresented in the binary of white and “other.”

[1] For Americans with African ancestry, see Allyson Hobbs, A Chosen Exile: A History of Racial Passing in American Life (Harvard UP, 2014); for immigrants from Europe see Mathew Frye Jacobson, Whiteness of a Different Color

European Immigrants and the Alchemy of Race (Harvard University Press, 1999); on judicial efforts to find criteria for a definition of whiteness see Ian Haney López, White by Law: The Legal Construction of Race (NYU Press, 2000)

[2] Katya Gibel Azoulay, Black, Jewish, and Interracial: It’s Not the Color of Your Skin, but the Race of Your Kin, and Other Myths of Identity (Duke UP, 1997).

[3] López discusses the racial prerequisites which restricted citizenship to either “free white persons” or “persons of African nativity or descent.” While any African ancestry assigned a person to being Black, the criteria for determining who was “white” remained vague and contradictory (science, common knowledge or prerequisite) for most applicants who were not immigrating from Europe. The racial prerequisites were dropped in 1952.

[4] Karen Brodkin, How Jews Became White Folks and What That Says About Race in America (Rutgers, 1998).