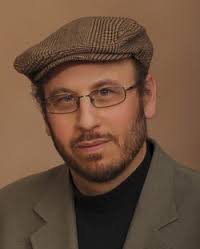 In 2003, a survey of the main sociological and psychological research databases returned no published studies focusing on antisemitism in the Muslim world.[i] Last year, I repeated the study to see whether there had been an upsurge in mainstream social scientific research on the topic. Although a small cadre of writers during the past fifteen years had produced some books and articles on Muslim antisemitism, much of this literature did not show up in the social science databases.[ii] Searches of PSYCHINFO, Sociological Abstracts, ProQuest Social Science Journals, and Worldwide Political Science Abstracts showed an increase in attentiveness to the topic but still only a handful of studies. Articles on antisemitism mostly dealt with the Holocaust.[iii]

In some ways, textbook content may be more valid than research trends as an indicator of what concerns anti-racist scholars and social scientists. A few researchers may after all produce studies that are ignored. And textbooks – through selection of case material and examples – can reflect judgments about what matters even when research is unavailable. Yet, when I examined a sample of recent social scientific university textbooks dealing with racism and bigotry, I again found virtually no references to Muslim antisemitism.[iv] The textbooks varied in how much space they allotted to Jew-hatred in general, but, almost always, the topic was covered as a problem of the past. Despite huge source lists, there were few or no citations to the new, post-2000 literature on contemporary antisemitism – Muslim or otherwise.

Similarly, Muslim antisemitism made no appearance in a sample that I examined of online syllabi from courses dealing with racism and prejudice in various social science departments. No forms of contemporary antisemitism at all were referenced anywhere in most of the syllabi. A few – about one in ten – did mention antisemitism — but never Muslim antisemitism. I also located a handful of Jewish studies and history syllabi that mentioned antisemitism in the course titles, but even these tended to downplay Muslim antisemitism.

Yet, for those willing to look, abundant evidence points to a bubbling cauldron of antisemitic hate in the Muslim world.[v] Although there are very important differences by region, country, politics, and religious orientation, overall, the movement is widespread, intense, deeply-ingrained, dangerous, and growing. Jihadi terrorists have frequently targeted Jews and Jewish institutions, and anti-Jewish bigotry has spread far beyond these extremist groups. Evidence of its pervasiveness comes in frequent antisemitic assertions by mainstream political and religious leaders. There are also innumerable bigoted articles and images in newspapers, magazines, broadcast media, and textbooks.   Public opinion data reveal overwhelmingly negative and stereotypical attitudes toward Jews in nearly all Muslim-majority countries; Muslim minority communities generally have a higher prevalence of antisemitism than the country they live in. The rare Muslims who defend Jews in public risk very predictable and harsh condemnation.   Even more tellingly, the word “Jew” has become an all-purpose putdown. One hears in the Muslim world frequent denunciations of political, personal, and theological opponents as “Jews,” or “friends of the Jews”. Thus, one Syrian television commentator recently called ISIS a Zionist group that draws on the Talmud.[vi] One also cannot ignore many Islamic religious verses from the Koran, the Hadiths, the Sira, and other texts that plausibly appear to sustain hostility toward Jews, especially when interpreted by antisemitic religious leaders.

Moreover, the mainstream intellectual community’s neglect of contemporary antisemitism is not limited to Jew-hatred emanating from the Muslim world. In 2014, the Anti-Defamation League conducted one of the largest multinational surveys dealing with antisemitism; it included more than 53,000 respondents from one hundred countries and the Palestinian Territories.[vii] The ADL classified 1.09 billion people worldwide as antisemites. The United States and some other Western countries fared reasonably well, suggesting that the measurement tool itself was not tilted toward over-classification of respondents as Jew-haters. But all Middle Eastern and Muslim-majority countries showed very high percentages of their people classifiable as antisemites – for example, 92% of Iraqis and 69% of Turks. It is also worth noting, however, that quite a few non-Muslim countries had many antisemites by ADL’s measure, notably Greece (69%), Poland (45%), South Korea (53%), and others. There is room to quibble with the ADL’s operationalization of antisemitism and with other aspects of its methodology. However, the general conclusion about the wide global distribution of anti-Jewish beliefs is, I think, irrefutable.

It is no simple matter how the disturbing blind spot in the anti-racist community came to be. One might quite reasonably imagine that the global antisemitic movement — centered, as it is, in a political region of unquestioned strategic importance — would have attracted much attention from scholars of racism and prejudice as well as from those who deal with human rights and the Middle East. When one adds that this movement is merely the latest manifestation of what has been aptly dubbed a “lethal obsession” and mankind’s “longest hatred” – a poisoner of diverse cultures for millennia and a driver of genocide — an alien visitor to the planet might be forgiven for predicting that coverage of Muslim antisemitism would be overwhelming and unending.   Yet, the opposite has occurred. Social scientists – despite a long and illustrious history of studying prejudice and indeed antisemitism in other contexts — have all but abandoned the topic.

Part of the problem is lack of knowledge about contemporary Jew-hatred. But there is more to it. Elsewhere, I have probed in detail the complex methodological, political, pedagogical, and ideological reasons for antisemitism minimization and denial, especially with regard to Muslim antisemitism.[viii]   Some of these forces will be difficult to overcome. But the logic of antisemitism minimization and denial is ultimately flawed, and flies in the face of much that most anti-racists and social scientists believe. There is, I think, enough intellectual honesty and moral seriousness in the anti-racist community for hope.

For instructors not ensnarled by a radical ideology, some improvement may be possible through a targeted educational campaign. While lobbying is not the way of academics, it is perhaps time to encourage social scientists to observe the data and examine their consciences. While many antisemitism activists have focused on definitions of antisemitism based on anti-Israel hostility, it may be more effective to highlight Jew-hatred that does not rely on delegitimation and demonization of Israel. Social scientists sometimes get tangled up in this debate and lose sight of the massive anti-Jewish hostility in the Muslim world that is old-fashioned, traditional bigotry.

Perhaps a useful step would be the dissemination of recommended curricula for various courses and guidelines for the authors of textbooks. It would be useful to create a balanced, empirically-supported segment on contemporary antisemitism that could be used by professors who teach courses. Another possibility is to create a new textbook that incorporates antisemitism into the mix. It would be important that such a text not deviate too far from the prevailing politics in the field — or it will not be used.

What is at stake is the integrity of racism and sexism studies, the education of a future generation of scholars, and the future of genuine intercommunal cooperation around the world.