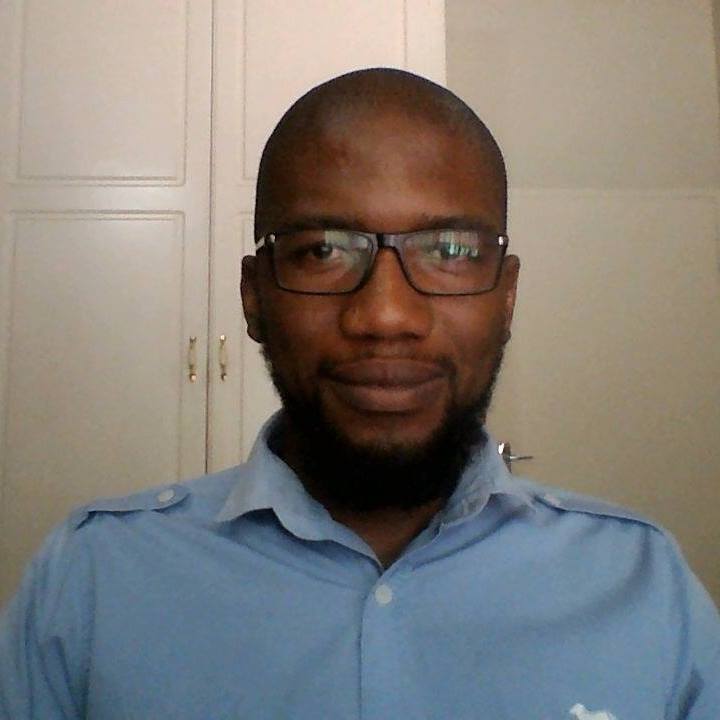 Vuyolwethu Xulu has a Bachelor of Arts in Political Science from Witerwatersrand University, where he is currently completing a
Masters in Development Studies. He was a 2019 Elie Wiesel – Martin Luther King Jr. scholar-in-residence at the ISGAP-Oxford Summer Institute on Critical Antisemitism Studies.

As reactionary forces, some of whom portray themselves as “progressive”, use the Apartheid charge to delegitimise Israel and the Jewish people, Vuyolwethu Mkhuseli Xulu’s article is timely and provides insight to a true South African perspective, in criticising those who appropriate the history of struggle of the indigenous peoples of South Africa against the ruthless racist forces of colonialism and Apartheid.

Throughout my life, I have sought to find expression in my blackness and being a South African, something that a lot of my people have been previously denied for centuries. This denial has again come to the fore in the form of certain parts of my shared history with fellow South Africans being appropriated to be used in other struggles. I am not in my nature denying people their struggles in any way, but I am literally crushed by the fact that they have denied me my suffering, pain and history by appropriating that very suffering pain and history for their own purposes.

There is an undercurrent of disrespect directed to African people coming from the pro-Palestine groupings, through the appropriation of our culture and lived-experiences as mere marketing gimmicks. We have those within South African politics who are petty and short sighted people who have assisted in our being robbed of our modern history, a group of people who for popularity and relevance in the so called revolutionary circles have given away African tears and blood to be used to disrupt the path of peace in Israel and Palestine.

The term ‘Apartheid’ has been taken from us with its true meaning being lost in translation. It has been rebranded and used elsewhere while its true victims continue to suffer from its effects and trauma….taken like our artifacts, land, religions and languages and given to another society without even asking. Our tears are lost in history again.  As I write this I am reminded of the sacrifice and leadership that many generations of South Africans provided, including my ancestors, who gave their all in the struggle to reclaim our basic humanity and dignity.

We are the South African people who suffered colonization at the hands of the British and the Dutch, who stripped us of all that makes us human beings. Our lands, our beliefs, our cultures and languages were taken. We were thought of as animals in our lands, lands of our ancestors. We as a people were massacred, mutilated and dispossessed. Our history is being taken from us Africans, as we were removed and even denied our history in British Concentration camps during the Second Anglo-Boer War.  Do we get nothing in our dispossession and pain? Has our blood and suffering not been worthy of recognition in the halls of history?  Who dares – again today – to speak – once again – for our people? For our ancestors?  Who dares to appropriate our struggle – especially for one that contains fundamentally different goals and values to our dream of a free nation of social democracy, citizenship and a strong “peoples culture” for all?

The ability to cry is hindered with the ability to heal, as our very souls have been shipped off to the highest bidder. People without our history, pain and suffering are freely taking our tears and benefitting from them. What more does this world want from us? Aren’t our souls enough, that you would take the shattered parts of them from us? This amounts to cultural and historical colonization, the stealing of the experiences of Africans’ pain and suffering for the benefit of others.

We have taken no one’s pain, suffering, history and struggle…. Can we not be given the same respect? Are we not human enough to receive this small decency? What Apartheid is in Palestine? Were they colonized by Jan Van Riebeeck? Are they having the Bantustans being established and their kings and queens arrested on Robben Island? Are they being gunned down in Sharpeville or their Youths killed in the streets of SOWETO? Do they have the National Party enforcing racial categories that divided families and have kids taken away based on a made up racial category they are born with?  Are they forced to speak another language?  Hindered from speaking their mother tongue?  Are they forced to adopt a new religion?

I do not write to reject or undermine the struggles of others.  But I demand that each people’s struggles be addressed in their specificity and not blended with the experiences of others without the proper historical understanding. We must address the pain of others within their context and not just employ a technique which subverts the suffering of other groups while uplifting our own. There is a need for people not to borrow and even take over the struggles of other people for the sake of earning international support and notoriety.

We wish to be respected as a people who suffered from Apartheid in its true form and still continue to feel its effects to this day. When a people’s history or memory is being stolen it is painful and those who have engaged in this theft have become historical revisionists in the South African context

Done willingly or unwilling, this feels as if we are being murdered for the second time, because the appropriation of Apartheid amounts to our collective historical memory being murdered and erased.