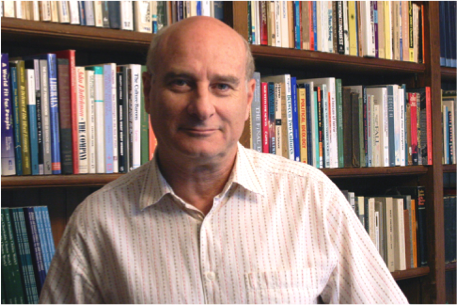 Dr. Barry A. Kosmin is currently Research Professor of Public Policy and Law at Trinity College, Hartford, Connecticut and Founding Director of its Institute for the Study of Secularism in Society and Culture (ISSSC). He is a Senior Associate of the Oxford Centre for Hebrew and Jewish Studies, Oxford University, England.

Recently I’ve been professionally involved in surveys of two very different Jewish populations – one of Jewish university students on 55 American campuses and the other of Jewish leaders in 28 European countries. Yet a majority of respondents in both surveys reported great concern about antisemitism.

The 2013 Pew Survey revealed that older American Jews are unlikely to meet antisemitism but young Jews do meet it. Where in the US today is one most likely to find antisemitism? Where are swastikas painted? Not on shop windows or at railroad stations not at the sports stadium but on university campuses on Jewish fraternity houses and on banners at campus demonstrations.

And what of the situation in Europe? In 2015, on behalf of the Joint Distribution Committee, we surveyed several hundred European Jewish community leaders in five languages. They were asked who were their allies in the struggle against antisemitism “always or most of the time.” A majority of 54% said their national governments were supportive while only 13% said intellectuals and academics acted as friends of the Jews. Conversely when asked who they saw as a threat to Jewish communities “always or sometimes,” 33% of Western European leaders cited intellectuals and academics compared to 18% in former Soviet bloc nations. This hostility to Jews, particularly among Western European intellectuals, requires explanation for it’s not a new problem. My task is to try to explain why Jews have a problem in the Academy and at universities.