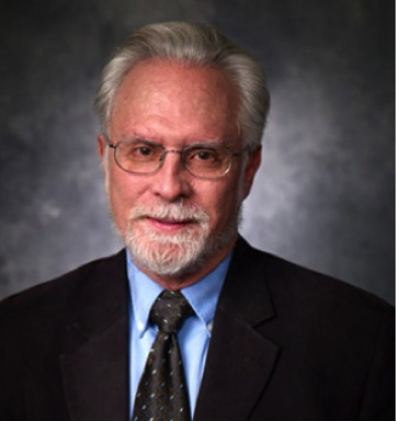 The day before his suicide Adolf Hitler issued a plea to humanity to continue to “resist mercilessly the poisoner of all nations, international Jewry.”[1] Those who have most fervently heeded that call are not the neo-Nazis but the Islamic Jihadists. The association between National Socialism and Islamic Jihadism goes back to Hasan al-Banna’s founding of the Muslim Brotherhood in 1928, the group that would spawn most of the major Jihadist movements of our time. Slogans extolling the Nazis were part of the Brotherhood’s propaganda campaign during the Palestinian Arab Revolt of 1936 – 1939, which was instigated by Haj Amin al-Husseini, the Mufti of Jerusalem, with financial backing from the Nazis.[2] In April and May 1938 the Brotherhood led violent demonstrations against Egyptian Jewish communities. In October 1938 they hosted the Parliamentary Conference for Arab and Muslim Countries in Cairo, where they distributed Arabic translations of Mein Kampf and The Protocols of the Elders of Zion.

With onset of the war in Europe the Brotherhood became even more avid supporters of the Nazis. By 1945 they had become a hybrid of Nazism and Islam to form Islamic Jihadism, making the extermination of the Jews not just a political or territorial aim but a defining element of their worldview: one cannot be part of the Brotherhood or any other Islamic Jihadist group, just as one cannot be a Nazi, without espousing the extermination of the Jews. When on 20 June 1946 King Farouk granted asylum to al-Husseini, now wanted as a Nazi war criminal, al-Banna applauded the decision, declaring that “in Berlin he [al-Husseini] had been purely and simply carrying out jihad [just as the Nazis had done].”[3] The Mufti thus became a source of inspiration to the Jihadists for his devotion to the Nazis’ extermination of the Jews. In al-Husseini, then, we have an important key to the connections that bind together Nazis, Jihadists, and Jew hatred.

On 8 May 1921 British Mandate Governor Herbert Samuel appointed Haj Amin al-Husseini Grand Mufti of Jerusalem. Two months after Hitler’s appointment as Chancellor of Germany on 30 January 1933 al-Husseini had his first meeting with German General Consul Heinrich Wolff in Jerusalem. Al-Husseini’s Arab Revolt “took place against the background of the swastika: Arab leaflets and signs on walls were prominently marked with this Nazi symbol; youth organizations… paraded as ‘Nazi-scouts,’ and Arab children greeted each other with the Nazi salute.”[4] On 2 October 1937 al-Husseini met with Adolf Eichmann in Palestine. On 13 October, he fled Palestine, wanted for inciting insurrection against the British Mandate government. Two years later, now on the payroll of Nazi Germany, he set up his base of operations in Baghdad. In a memorandum dated 5 February 1941 the Wehrmacht High Command assured al-Husseini that Germany could promise “everything they [the Arabs] wanted on ‘the solution of the Jewish question in Palestine.’”[5] On 3 April 1941 al-Husseini orchestrated a Nazi-backed coup against the Iraqi government, whereupon he incited the slaughter of 600 Jews in Baghdad; 911 houses were destroyed and 586 businesses ransacked.[6] The coup failed, however, and a few weeks later the Mufti turned up in Berlin.

After his initial meeting with the Führer on 28 November 1941, he recorded in his diary Hitler’s insistence that the Nazis and the Arabs are engaged in the same struggle, namely, to exterminate the Jews.[7] The Nazis gave al-Hussein six radio stations to spread their propaganda to the Arab world. In his broadcasts he repeatedly urged Muslims to kill Jews everywhere. On 11 December 1942 he issued a call to “martyrdom” as allies with Germany in the war against the English and the Jews. “The spilled blood of martyrs,” he cried, “is the water of life.” And: If England and her allies should win the war, “Israel would rule the whole world”; if the Nazis should win, “the Jewish danger” would be defeated.[8] Of course, he did more than radio broadcasts: as early as January 1941 al-Husseini had gone to Bosnia to convince Muslim leaders that a Muslim SS division would bring glory to Islam. Dalin and Rothman estimate that he recruited as many as 100,000 Muslims to fight for the Nazis.[9] The largest of the Muslim killing units was the 13th Handschar Division of 21,065 men. They went into action in February 1944.[10] After the war “his association with the Axis had enhanced rather than shattered his halo” in the Muslim world.[11] In 1946 he embraced Yasser Arafat, future head of the PLO, as his protégé and brought in a former Nazi officer for Arafat’s military training.

The seeds planted during the reign of the Third Reich grew throughout the Jihadist world. “In 1969,” for example, “the PLO recruited two former Nazi instructors, Erich Altern, a leader of the Gestapo’s Jewish affairs section, and Willy Berner, who was an SS officer in the Mauthausen extermination camp. Another former Nazi, Johann Schuller, was found supplying arms to Fatah.”[12] Embracing Hitler’s ideology, Dr. Yahya al-Rakhawi wrote in the Egyptian newspaper Al-Ahrar on 19 July 1982: “That great man Hitler, may God have mercy on him,… who out of compassion for humanity, tried to exterminate every Jew.”[13] Egyptian scholar Ahmad Ragab expressed the one reservation that the Arab Muslims seem to have about Hitler: “Our thanks go to the late Hitler, who wrought, in advance, the vengeance of the Palestinians upon the most despicable villains on the face of the earth. However, we rebuke Hitler for the fact that the vengeance was insufficient.”[14] Thus the Arab intellectuals—and not just the “poverty-stricken” Muslim masses—adopt the Führer’s ideological line on the “nature” of the Jew. Much more than an issue of race, it is an issue of essence. And essence can be neither altered nor redeemed.

The Jihadists also learned Hitler’s lesson that “something of the most insolent lie will always remain and stick,”[15] accusing the Jews of everything from the Blood Libel to secretly plotting to take over the world. At a UN seminar on religious tolerance Saudi representative Dr. Maruf al-Dawalibi, for example, averred, “If a Jew does not drink every year the blood of a non-Jewish man, then he will be damned for all eternity.”[16] The Grand Sheikh of Al-Azhar University Muhammad Sayed Tantawi maintains that the Jews were behind the French and Russian revolutions and both world wars, they control the world’s media and the world’s economy, they endeavor to destroy morality, and they set up brothels throughout the world. In other words, Jews are behind every evil that threatens society.[17] “In Islamist eyes,” Küntzel states it, “not only is everything Jewish evil, all evil is Jewish.”[18] That is why the Jews must be hated and ultimately exterminated: it is a moral and religious necessity. Like the Nazi war against the Jews, therefore, the Jihadist war against the Jews is far more than a war against the “Zionist entity.” Transcending political contingencies or issues of scapegoating, it is a metaphysical war. Thus on 17 January 2009 in the an Egyptian Al-Rahma television broadcast Muhammad Hussein Yaqoub declared, “If the Jews left Palestine to us, would we start loving them?… . They are enemies not because they occupied Palestine. They would have been enemies even if they did not occupy a thing… . Our fighting with the Jews is eternal…, until not a single Jew remains on the face of the Earth”[19]—this in the name of God.

If the Jihadist Bible is the Quran, and not Mein Kampf, then the Jihadist evil transcends the Nazi evil, inasmuch as the Quran is Scripture, a revelation from God, and not just the pronouncements of the Führer. Establishing a scriptural foundation for their actions, the Jihadists can justify any action. Eclipsing God, the Nazis eclipse the absolute prohibition against murder imposed from beyond, so that the inner will and imagination from within posed the only limits to their actions. By contrast, appropriating God, the Jihadists appropriate the authority to impose what they have determined to be the will of Allah, which is not a matter of human will but an absolute obligation. Among today’s scholars and intellectuals the silence on these connections is overwhelming. Long before John Kerry’s complaint that the media are to blame for the terrorist problem because they report terrorism and upset people,[20] the majority of scholars in the world have been silent on the connections between National Socialism and Islamic Jihadism. The most fundamental connection lies in the exterminationist antisemitism that drives both. Until we name Islamic Jihadism and understand it in terms of this form of antisemitism, we shall be impotent to deal with it.

[14] Quoted in Serge Trifkovic, The Sword of the Prophet: Islam: History, Theology, Impact on the World (Boston: Regina Orthodox Press, 2002), 188.