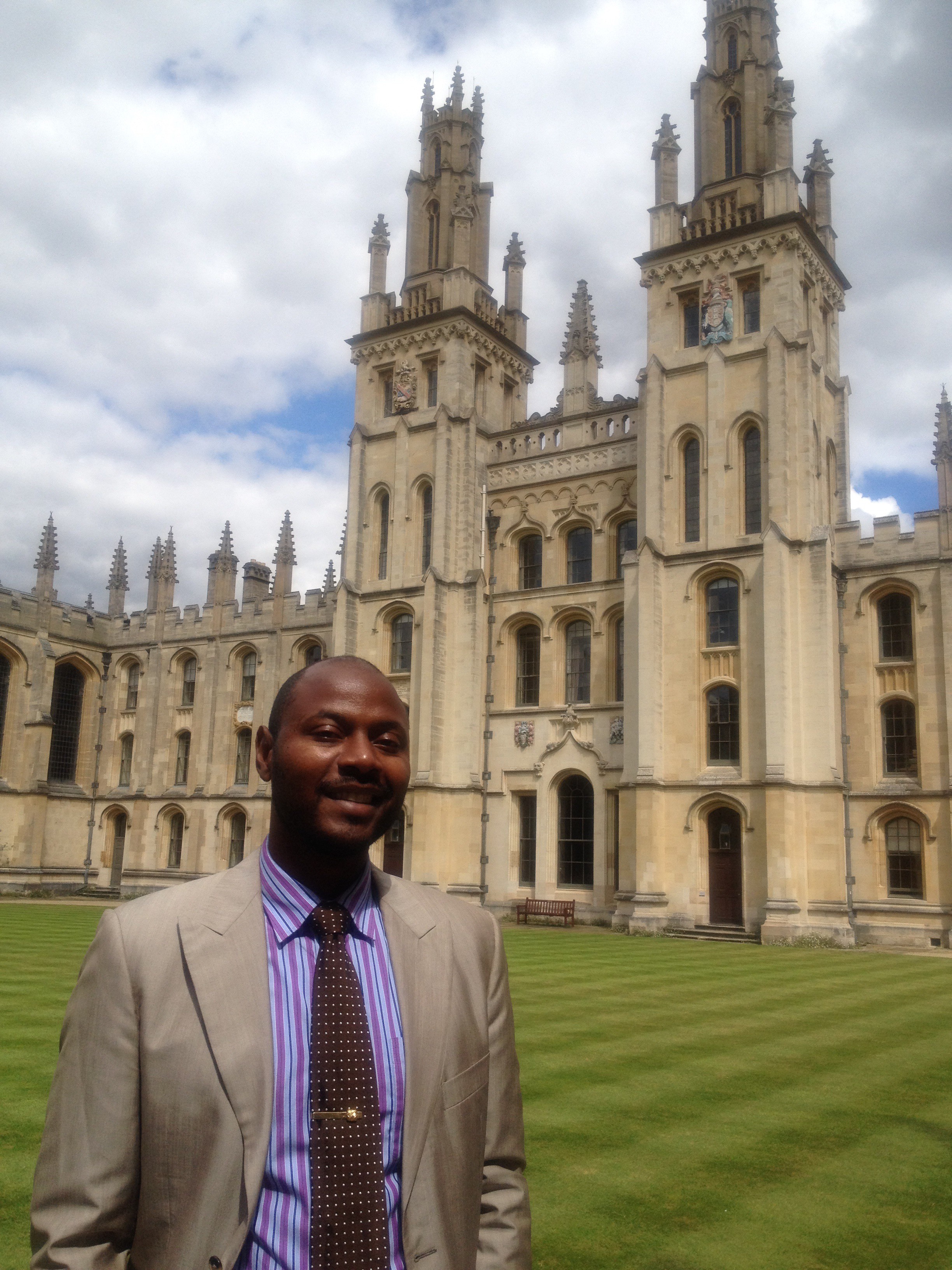 Vivaldi Jean-Marie is an adjunct associate professor of Philosophy and African American Studies at the IRAAS at Columbia University and associate professor of Philosophy at City University of New York. He is the author of Kierkegaard:History and eternal happiness (2008), Fanon: Collective Ethics and Humanism (2007) I Am Unless We Are: Caribbean Cosmology in the Imagination of Kant, Hegel and Descartes (forthcoming). Vivaldi Jean-Marie was a Scholar-in-Residence at Hertford College, Oxford University in 2015.

Jean Amery, in the first chapter of At the Mind’s Limits, tries to demonstrate that Auschwitz rids the intellect of his western ideals and reduces the intellect to a playful logical framework. And as a playful logical framework, Amery’s account of the intellect resembles the Cartesian Cogito. In order to argue this thesis, I will show that for Amery, memory is fit to ponder the atrocities of the Holocaust instead of the academic disciplines. Secondly, that Amery’s agnosticism determines his experience as a Jewish intellectual in Auschwitz. Thirdly, it draws out the resemblance of Amery’s view of the intellect to Descartes’ Cogito before concluding with Amery’s view of human beings as sophisticated social players.

In the preface to the 1977 reissue of At the Mind’s Limits, Amery deliberately refrains from editing his first-hand account of torture in Auschwitz. His initial justification for such abstention is to avoid ‘a journalistic tribute to actuality’ (p. 7 preface). Amery wishes to steer clear of the journalistic tendency to embellish accounts to meet the expectations of readers. However, this is not the only incentive of Amery’s refusal to edit the 1977 edition. When pressed, it becomes apparent that Amery’s refusal is driven by his wish to leave the description of Auschwitz’s atrocities unaltered by time. Put differently, Amery wants every subsequent generation to read Auschwitz’s atrocities in their starkness. In doing so, Amery commits Auschwitz to temporal stillness. The horrors of Auschwitz ought to remain unaltered by time; Auschwitz’s atrocities are suspended as a fixed present in the European timeline. Amery remains steadfast in his conviction: “I am unwilling to retract anything I have said here and have but little to add to it.” (p. 7 preface) This statement suggests that Amery intends his narrative of Auschwitz’s atrocities as a memorial on the temporal axis. In the Preface, Amery is demanding that Auschwitz’s horrors be recollected according to a distinctive mnemonic process by European memory. This mnemonic process ought to spare his account of temporal irrelevance which usually affects historical occurrences as time moves on.

The Plight of the Jewish Intellectual

Amery delineates the social role reversal of Jewish inmates in Auschwitz. Working class Jewish craftsmen enjoyed better treatment and less brutal working conditions. The demands of the infrastructure of Auschwitz favored craftsmen over intellectuals. In Amery’s words: “A machinist, for example, was a privileged man, since he could be used in the planned IG-Farben factory and had the chance to work in a covered shop that was not exposed to the elements. The same holds true for the electrician, the plumber, the cabinetmaker, or carpenter. A tailor or a shoemaker perhaps had the good luck to land in a room where work was done for the SS.” (AML, p. 3) It is noteworthy that being ‘privileged’ is determined by the material needs and requests of Auschwitz which working class craftsmen were fit to fulfill. As Amery takes up the task of discussing the social dynamics of Auschwitz daily practices, he assumes a sociologist’s gaze. With a critical eye, Amery exposes the dynamics of social interactions among Jewish inmates and between inmates and the SS staff. Thus, it is in virtue of this process of auto-critique and reflections about the sociological happenings of Auschwitz that Amery perseveres in his intellectual ambitions despite the anti-intellectual structure of Auschwitz.

Amery laments the plight of the ‘higher profession’ Jewish inmates. As unskilled inmates, Jewish intellectuals were confined to menial labor. Amery observes that both physical disposition and lack of manual skills made the intellectuals more vulnerable than their craftsmen counterpart. “The situation was different for the inmate who had a higher profession. There awaited him the fate of the businessman, who likewise belonged to the Lumpenproletariat of the camp, that is, he was assigned to a labor detail, where one dug dirt, laid cables, and transported sacks of cement or iron crossbeams. In the camp he became an unskilled laborer, who had to do his job in the open—which meant in most cases that the sentence was already passed on him.”(AML, p. 3) It is thus obvious that, the daily transactions of Auschwitz erected a dichotomy among the inmates; the ‘higher profession’ Jewish inmates were transformed into the working class while Jewish craftsmen morphed into the privileged class. It is undeniable that for Amery and other Jewish intellectuals such role reversal was humbling. Amery then observed the implication of this dichotomy upon social interaction among inmates: “Well, in the camp there truly was a problem of communication between the intellectual and the majority his comrades. It presented itself hourly in a real and painful way.” (AML, p. 5)

Alienation from the Jewish craftsmen and his social self led the Jewish intellectual to question the pragmatic relevance of his intellect as well. Beleaguered by physical impotence and unable to secure the recognition of fellow inmates, Amery observes that: “So it was that in Auschwitz everything intellectual gradually took on a doubly new form: on the one hand, psychologically, it became something completely unreal, and on the other hand, to the extent that one defines it in social terms, a kind of forbidden luxury.”(AML, p. 7) At this juncture, another inadvertent by-product of Amery’s rendition is a discourse on alterity. On the basis of the dichotomy Jewish intellectual and ‘privileged’ Jewish craftsmen in Auschwitz, the Jewish intellectual emerges as another. The Jewish intellectual stands as the impotent other toward both, the Nazi regime and his fellow Jewish inmates. Amery’s account thus disabuses us of the belief in social harmony among Jewish inmates in Auschwitz. The inmates’ attitude toward their fellows and the daily practices of Auschwitz depended upon their social rank. Jewish intellectuals, craftsmen, businessmen and middle class professionals assimilated the daily practices of Auschwitz according to the ethos of their social station in German society.

Amery’s alienation and agnosticism led him to acknowledge the impotence of the Jewish intellectual in Auschwitz. The realization of the impotence and bareness of the intellect has its virtues. Amery confesses that: “We emerged from the camp stripped, robbed, emptied out, disoriented—and it was a long time before we were able even to learn the ordinary language of freedom.” (AML, p. 20) This claim suggests that Auschwitz is an existential purge for its survivors; enduring Auschwitz’s atrocities is responsible for the alienation of survivors from their environment. On this view, post-Auschwitz, the Jewish intellectual is aloof toward his social environment and shut in his consciousness. This intellectual attitude resembles the juncture in Descartes’s Meditations, when he doubts the material constituents of his surrounding to deduce the Cogito as a logical framework. The key difference is that when the Jewish intellect relinquishes its skepticism toward its social environment, Amery derives a theory of the human condition and disillusionment about intellectual hubris. Amery claims: “For we brought with us the certainty that remains ever unshakable, that for the greatest part the intellect is a ludus and that we are nothing more—or better said, before we entered the camp we were nothing more—than homines ludentes. With that we lost a good deal of arrogance of metaphysical conceit, but also quite a bit of our naïve joy in the intellect and what we falsely imagined was the sense of life.” (AML, p. 20) In this statement, Amery views the human condition as a highly structured series of games which produce a conditioned player; the intellect stands as the requisite tool to undergo social conditioning.

In concluding, to emphasize his theory, Amery references Sartre who reached a similar conclusion: “In his newest book, The Words, Jean-Paul Sartre said at one point that it took him thirty years to rid himself of traditional philosophical idealism. I can guarantee that it did not take us as long. Mostly, a few weeks in camp sufficed to bring about this philosophical disillusionment, for which other, perhaps infinitely more gifted and penetrating minds must struggle a lifetime.” (AML, p. 20) Amery’s key observation is that Auschwitz’s atrocities have their own philosophical worthiness. For Amery, his experience of Auschwitz’s atrocities did not lead his intellect to nihilism. Instead, it extricates the intellect of its idealist dependency; the intellect comes to light as a playful logical framework.