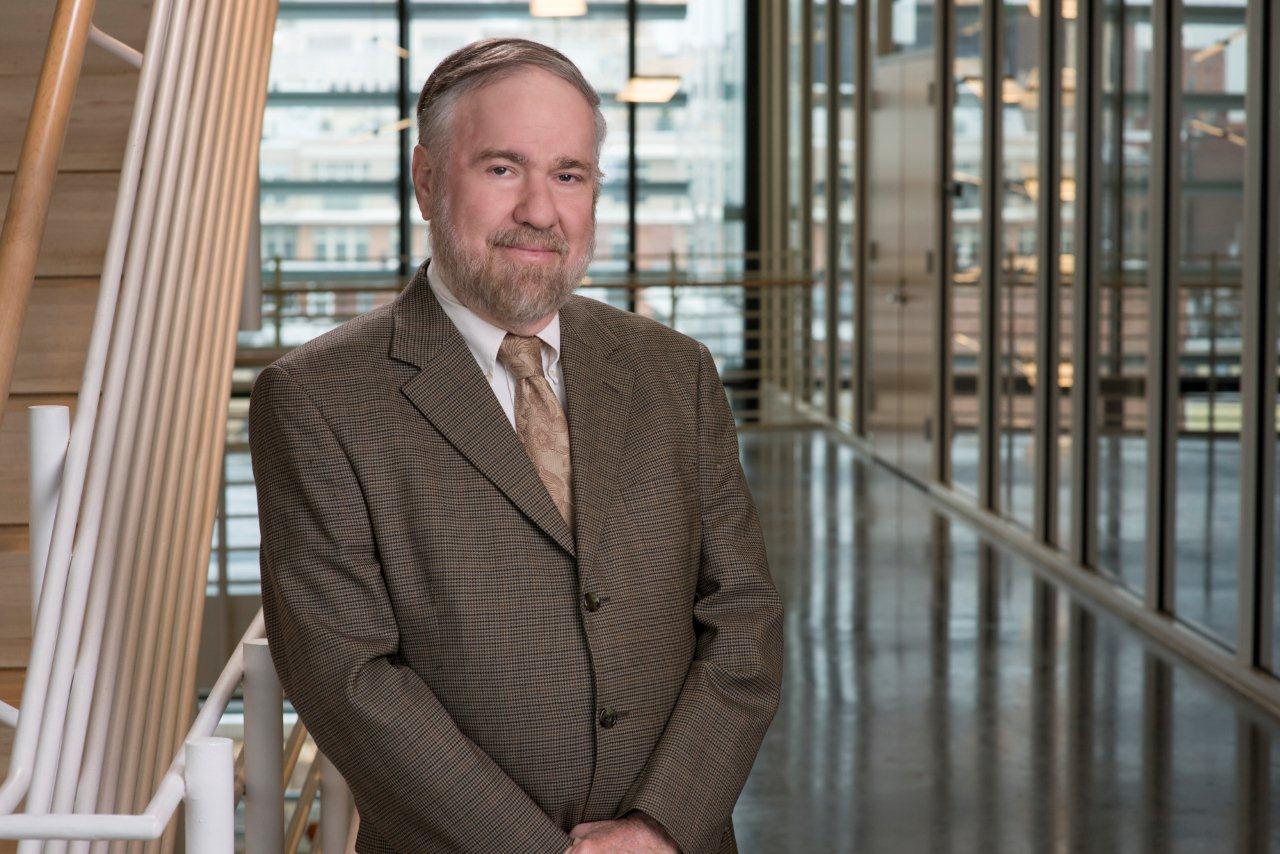 Kenneth Lasson is a professor of law at the University of Baltimore.

In a world at once increasingly chaotic and interconnected, the news media have come to play unprecedented roles both in covering and influencing fast-moving events. The current violence in Israel is all the more disturbing because of the morally ambiguous coverage it receives in the worldwide press. Although this phenomenon is not new – the protracted conflict over the past half-century has long been as much a war of words as it has been of armed battles, suicide bombings, and seemingly random acts of terror – the abandonment of well-established journalistic ethics appears to have gotten worse over the past few years.

Instead of adhering to their own standards of professional conduct, the underlying principle of which is to “seek truth and provide a fair and comprehensive account of events and issues,” they too often prove George Orwell’s prescient statement some 60 years ago: “Political language is designed to make lies sound truthful and murder respectable.”

Consider just a few recent examples. On October 3rd the British Broadcasting Corporation ran a story entitled “Palestinian Shot Dead after Jerusalem Attack Kills Two,” totally obfuscating the fact that the Palestinian who was killed was the perpetrator. Ensuing reports appeared to promote equivalence between Israeli victims of terrorism and Palestinians who have been killed by Israeli security forces in the act of carrying out attacks.

On October 9th the New York Times featured a front-page “background” piece ostensibly to provide its readers with historical context regarding the competing Israeli and Palestinian claims concerning the Temple Mount, which described a debate among respected academics about whether the Jewish temples were ever actually located there. (The Times was forced to publish a retraction when the historians it cited complained that they’d been grossly misquoted.)

On October 14th, reporting the death of a Palestinian that he purportedly witnessed “running down the stairs towards the Damascus gate before being gunned down,” MSNBC’s Ayman Mohyeldin was clearly at odds with the accompanying video of the assault that showed the man wielding a knife. The next week, the same network posted a 1946 graphic of British Mandatory Palestine to illustrate how the Jews stole ever more Palestinian land in the years that followed.

On October 16th CNN’s report of the arson assault on Joseph’s Tomb in Nablus contained no mention of the fact that the fire at the holy Jewish site was set by Palestinians.  In the same report, the network stated, “In the past month,” the voice-over said, “eight Israelis died in 30 attacks involving knives and other weapons” – as if the failure to mention perpetrators absolves them of blame. Alas CNN is considerably less opaque when the roles are reversed; early last year, for example, it headlined “West Bank Mosque Attack Blamed on Israeli Settlers.”

The danger Orwell predicted was countenanced by the 1947 Hutchins Commission on Freedom of the Press, whose principle conclusion was that, for liberty to survive, the self-same First Amendment right guaranteeing an unfettered press likewise imposed a duty to act responsibly.

That was not always the case in America. While often characterized as “the mother of all our liberties,” the concept of a free press considered by the Founding Fathers had little or nothing to do with truth telling. Most of the early newspapers were partisan broadsheets attacking political opponents. Freedom of the press meant the right to be just or unjust, partisan or non-partisan, true or false, in news column or editorial.  Bias was to be expected.

Even after the appearance of modern newspapers in the Jacksonian Era of the 1830’s, objectivity was an elusive goal. But by the twentieth century it had emerged as a guiding principle of American journalism. Although absolute objectivity may be unrealizable, for any investigative reporter or contemporary journalist such a goal remains a hallmark of professionalism to which many in the Western media, particularly in the United States and the United Kingdom, say they ascribe.

Thus the Times, founded in 1851 and long regarded as a “newspaper of record,” declares its goal is to “preserve professional detachment, free of any hint of bias.” Britain’s National Union of Journalists specifies that “a journalist shall rectify promptly any harmful inaccuracies, ensure that correction and apologies receive due prominence and afford the right of reply to persons criticized when the issue is of sufficient importance.”

Nowadays, however, such rules are too often honored in the breach. When the news media fail to abide by their own journalistic standards, they are seldom called to account.

At least part of the problem with latter-day Mideast reporting involves arbitrary word choices. To label perpetrators of violence as “militants” or “fighters” effectively camouflages any distinction between aggressor and victim. Saying “extremists on both sides” contribute to a “cycle of violence” strongly implies a kind of moral equivalency that cannot be justified in fact or logic.

The most problematic term is still “terrorism” – the accepted definition of which is “violence against non-combatants for the purpose of attracting attention to a political cause, or intimidating opponents into concessions.”  Yet the word “terrorist” is firmly forbidden by the Associated Press, the British Broadcasting Corporation, and Reuters. The BBC argues that the term “can be a barrier rather than an aid to understanding” and that “our credibility is severely undermined if international audiences detect a bias for or against any of those involved.”  National Public Radio likewise consistently refuses to call homicidal attacks by Palestinian Arabs against Israeli civilians “terrorism” although it regularly uses the word to describe the activities of other radical Islamic groups around the world. Same with the Washington Post. Such protocols can have bizarre consequences, such as when the Associated Press published a list of countries most affected by terrorism and conspicuously omitted Israel.

Similar difficulties occur with the words “truce,” “cease-fire,” and “occupation.” Last year, a BBC report describing a thwarted temporary truce led with allegations of Israeli violations of the negotiated cease-fire, only to note (three paragraphs later) that Palestinian rocket and mortar fire precipitated the military response. Similarly, both the Times and the Post have habitually referred to Syria’s “presence” in Lebanon but to Israel’s “occupation” of the West Bank and Gaza Strip. Few question whether the word “occupied” can be fairly applied to a territory from which Israel made a unilateral withdrawal, as it did from Gaza in 2005.

The media consistently fail to challenge Palestinian narratives. On October 28th, Palestinian Authority President Mahmoud Abbas, speaking to the U.N. Human Rights Council in Geneva, made clear that he views the Jewish state’s existence as illegitimate. “Ladies and gentlemen, haven’t you wondered: For how long will this protracted Israeli occupation of our land last? After 67 years, how long?” By claiming that Israel’s “occupation” began in 1948 with Israel’s declaration of statehood, Abbas considers the Jewish state itself to be an illegal occupation.

The Palestinian leader, frequently described by both press and policymakers as a “moderate,” went on to falsely assert that Israel desecrates Islamic holy sites, “under an occupation that does not quit killing, torturing, looting and imprisoning.”  Abbas’ claims that the “occupation and aggression of Israel and its settlers” who “execute our boys in cold blood” go unchallenged, as does his dismissal of the wanton stabbings of Israelis over the past several months as justified by Palestinian “frustrations.”

Many Western newspapers and other media misuse the term “collective punishment,” and apply it in a discriminatory way. Some, like the Boston Globe, seem to reserve that phrase almost exclusively for Israeli actions in response to indiscriminate Palestinian rocket and mortar attacks against Jews. Collective punishment by Arab governments or movements against other Arabs (or non-Arab minorities) is seldom reported nor editorially condemned. Likewise unnoted is the fact that Israel’s treatment of non-combatants in a hostile populace is far more consonant with international law than that of any of its Arab neighbors.

The British daily Guardian likens Israeli society to that of apartheid South Africa, failing to note, for example, that Israel is a parliamentary democracy in which Arab parties serve in the Knesset, that there are no bans on intermarriage, that universities are open to Arab students, or that Israel’s Supreme Court (one of whose Justices is an Arab) has forbade discrimination in housing and jobs. Last year Seamus Milne, an associate editor at the Guardian, explicitly justified Palestinian terror attacks on Israelis and accused the “terrorist” Jewish State of “industrial scale killing in Gaza.”

While the Times never sees fit to print Israel’s long-held position that international law recognizes Jewish rights to “close settlements,” it gives op-ed space to leaders of Hamas, whose charter calls for Israel’s destruction and which is designated as a Foreign Terrorist Organization by the United States, the United Kingdom, and the European Union. Would the Times grant the same editorial indulgence to al Qaeda or ISIS?

The choice of buzz words such as “militant” instead of “terrorist” or “occupied territory” instead of “disputed settlements” should not depend on tendentious interpretive analysis. Journalistic fairness does not mean avoiding offense to any party, but it does require accurate coverage of events in the news. Likewise, balance does not mean a mandatory numerical equality of sources from each side, but relying on relevant, authoritative sources to convey an even-handed view of the issues at hand. The same should be true of editorial comment.

All reputable journals and their contributors should abide by the standards that they themselves promulgate. In a free society, it is incumbent as well upon readers and viewers to insist that these standards be understood, maintained, and honored.