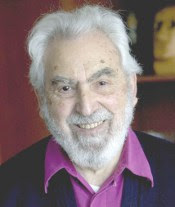 Yoel Sheridan is the author of two books on British Jewry.

“From Here to Obscurity” deals with the now lost Yiddish-speaking London East-End Jewish community during the Hitler years 1933 – 1945 and “Gold Ducats and Devilry Afoot” relates the many trials and tribulations of a Polish Jew in mid-eighteenth century England when all his gold ducats were stolen from him.

“I wish I were in topsy-turvy land, where white is black and black is white, and night is day and day is night” (Unknown but similar to line in “My Dream” a Bab Ballad by W. S. Gilbert in the Operetta Topsyturveydom with music by Alfred Cellier).

Much has been written about mediaeval, feudal England, but little is heard of the Jewish voice. Except for one snippet of an official call for help, there is no equivalent of the Flavius Josephus of Roman times to tell us about the real plight of mediaeval Jewry. Instead we have the misleading myths of privilege and wealth. Agreements affecting the lives of Jews were made without their participation, and arbitrary edicts were issued determining their position within the Christian feudal society without concern for the consequences on Jewish life. This study of those dark and relatively primitive days, will hopefully shine some light on the reality of their plight, and raises the question of whether the international status of Jews has really changed over the ages.

Mediaeval England was the birthplace of several myths that have survived the ravages of time and reality. The myths are enveloped in prismatic shrouds that distort the truth in the eyes and ears of viewers. Myths have been glorified when they should be condemned. A prime example is the agreement called the Magna Carta that was published eight hundred years ago on June 15, 1215. The document has been acclaimed as the origin of the idea of democracy and human rights, when it was, in fact, nothing of the sort, it was just an agreement between a treacherous feudal king and twenty five of his feudal barons in a futile attempt to stop a civil war.

Instead of glorifying King John and his feudal barons, what should be celebrated is the extent that modern society has managed to distance itself from that underlying faulty fundamental feudal philosophy. If universal adult suffrage is a prerequisite to claim democracy, then democracy in Britain dates only from 1945 when the double business and university votes were abolished.