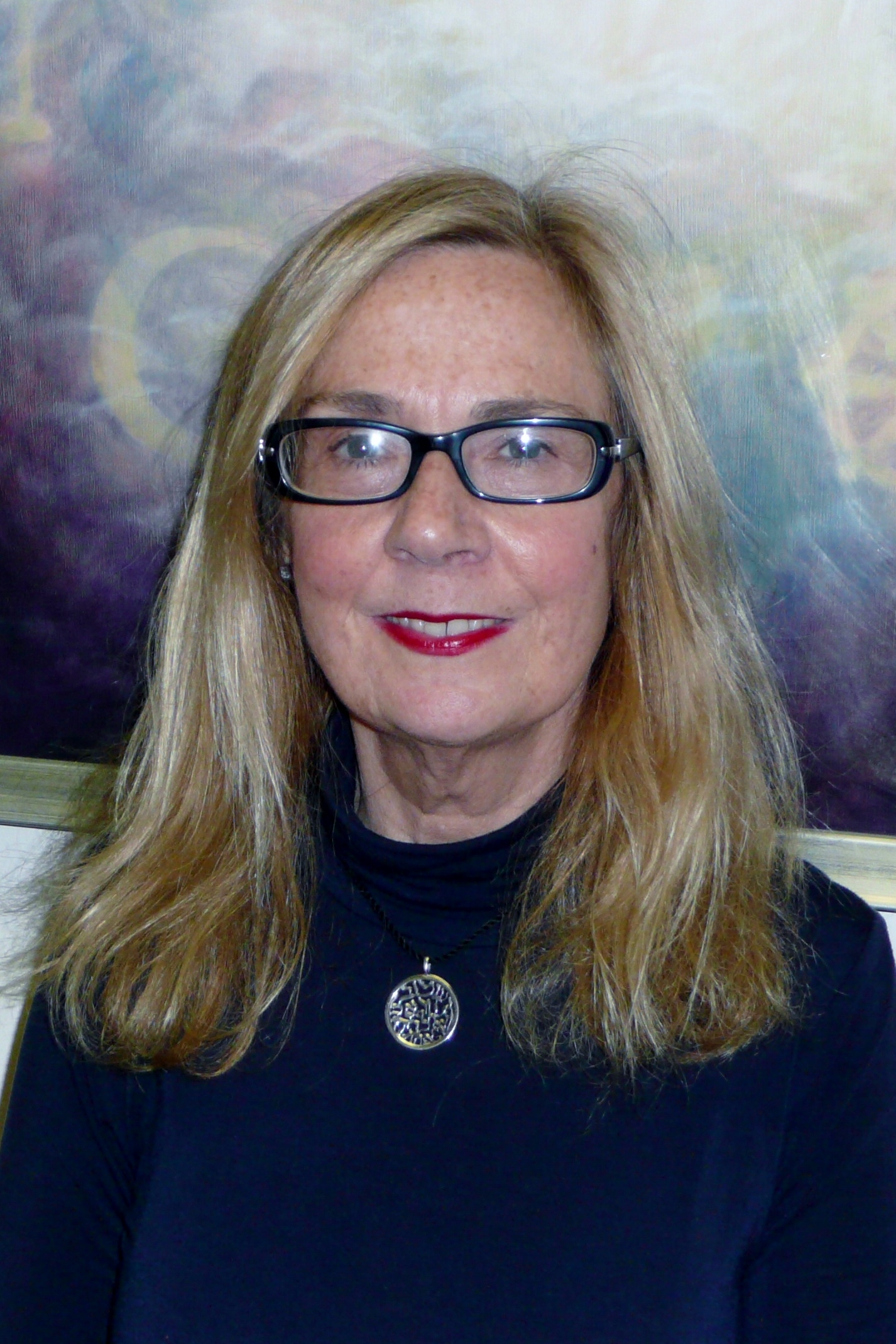 Lesley Klaff is a Senior Lecturer in Law at Sheffield Hallam University and an Affiliate Professor of Law at Haifa University. She is an Associate Editor of the Journal for the Study of Antisemitismand is on the Editorial Advisory Committee of the International Journal of the Social Research Foundation. She serves on the Academic Advisory Boards of the Louis D. Brandeis Center for Human Rights under Law and the Berlin International Center for the Study of Antisemitism. She is a member of UK Lawyers for Israel, offering pro-bono advice and assistance to victims of campus antisemitism; and she has featured in documentaries and panel discussions on various aspects of contemporary antisemitism in the UK. Her most recent publication is, ‘Holocaust Inversion in British Politics: The Case of David Ward’ in Anti-Judaism, Anti-Zionism, Delegitimizing Israel edited by Robert Wistrich (University of Nebraska Press / Vidal Sassoon International Center for the Study of Antisemitism 2016).

Israeli Apartheid Week sits within a global social movement, the Boycott, Divestment and Sanctions or BDS movement, which aims to exclude Israel from the economic, cultural and educational life of the rest of the world. It has been a feature of city and campus life since 2004 when it burst onto the scene with the purported aim “to raise awareness about Israel’s ongoing settler colonial project and apartheid policies over the Palestinian people.” It advocates talks and panel discussions, films screenings and creative actions on campus to support the so-called Palestinian call for BDS. It takes place every year on more than 150 university campuses around the world.

Israeli Apartheid Week (IAW) goes beyond legitimate criticism of Israel, its government and armed forces. It propagates blood libels against and otherwise defames the Jewish state by depicting it as racist and apartheid. For example, events at one British university this year included a “Boycott, Divestment and Sanctions” workshop, a “Colonial Realities in Palestine” lecture, a documentary entitled “Roadmap to Apartheid” and a guest talk by Ismail Patel of Friends of Al Aqsa, who has previously pledged support for Hamas and called for the destruction of Israel. ‘Apartheid scenes’ were also enacted across the campus, with the erection of ‘check points,’ ‘IDF soldiers’ holding ‘machine guns’ and ‘dead Palestinians’ lying on the ground. These kinds of events intimidate and demoralise Jewish students who frequently absent themselves from campus or attend lectures in silence for fear of being ostracised. At British universities, they are organised by the university’s students’ union and one or more of its societies, usually the Palestine Society. All student societies are approved by the students’ union.

Under British law, while it is perfectly acceptable for universities, students’ unions and societies to hold events of an educational nature which criticise Israel legitimately, it is not acceptable for them to hold events which vilify Israel and cause emotional harm to Jewish students. In principle, such events are unlawful if held on university premises or promoted by a students’ union or society with charitable or quasi-charitable objectives. This is because the students’ union and its societies have had charitable status since 2010 and are accordingly subject to charity law.

Charities enjoy considerable benefits under the law, but in return they are subject to various legal obligations and limitations. In particular, it is unlawful for a charity to engage in activities that are not in furtherance of its charitable objectives. A students’ union’s charitable objectives are typically stated to be the advancement of education of students at its university for the public benefit: by promoting the interests and welfare of students at the university during their course of study and representing, supporting and advising students; by providing social, cultural, sporting and recreational activities and forums for discussions and debate for the personal development of the students; and by being the recognised representative channel between students and the university and other external bodies. It can be seen at a glance that the promotion of a talk entitled “Israel’s Systematic Abuse of Palestinian Children” and the screening of the film entitled “Roadmap to Apartheid”, which were hosted at one prominent British university during last year’s Israeli Apartheid Week, each fall outside the union’s charitable objectives.

The same goes for clubs and societies, which are groups within the students’ union. These provide a range of recreational activities for members, and include societies that are to explore topics of interest, current events, expand knowledge or socialise within groups who share a common academic interest or are studying the same or similar course. Societies must accept the provisions of the union’s Articles of Governance or constitution, which include the union’s objectives, and must comply with their own constitution and objectives, which are broadly in line with those of the union. The union may make financial and other resources available to societies but societies must use those resources in line with the union’s and their own constitutional objectives. This means that a society may hold an educational debate about a political issue, provided it is conducted in a way that accurately informs and educates students. However, Israeli Apartheid Week is so full of anti-Israel propaganda that it does not provide the basis for an educational debate. For instance, Ismail Patel characterised Israel as racist and apartheid, not only in relation to Palestinians, but also in relation to black Jews living in Israel. He told his student audience that as soon as the Ethiopian Jews arrived in Israel, the Israeli government bathed them because they were considered dirty, and then placed them in houses that were separate from the white Jews; and that even today, black Jews are not permitted to live in the same areas as white Jews. He claimed that if a Palestinian resident of Jerusalem marries someone from another village, he cannot bring his spouse into that village because of apartheid. He said that Gaza and the West Bank were independent before 1967. This false narrative is impossible to debate. Israeli Apartheid Week is transparently part of a vehicle for a political campaign to demonise the Jewish state and to promote BDS. In fact, Ismail Patel finished his talk by urging his student audience to involve themselves in BDS because “civic society needs to oppose what’s going on in Israel. We must engage and promote BDS and lobby the government to stop supporting such a racist state.” Sponsoring Israeli Apartheid Week by providing financial support and other resources is therefore a breach of charity law by the students’ union and a complaint may be made to the Charity Commission with a request that it investigates the breaches.

There is another relevant provision of the standard students’ union constitution that makes Israeli Apartheid Week unlawful. There is a required article in each university’s students’ union’s Articles of Governance which requires the union at all times to seek to ensure that the diversity of its membership is recognised and that equal access is available to all members of whatever origin or orientation. The article further requires the union at all times to promote and encourage contact and cooperation between students in all matters affecting their interests without regard to ethnic origin, nationality, gender, sexual orientation, religion, disability or age, and to pursue its aims and objectives independent of any political party or religious group. This requirement is to comply with the Equality Act 2010 section 149, which also binds the university. The union’s involvement, if any, in Israeli Apartheid Week must not allow any breach of this requirement.

For this reason, the anti-Israel propaganda which is the central feature of Israeli Apartheid Week amounts to a further breach of the union’s constitution and of the law. This is because the vilification of Israel promotes hostility towards and harassment of Jewish and Israel-supporting students, causing them distress and intimidation. Students have complained of psychological symptoms and emotional distress including fear, rapid pulse rate, withdrawal, anger, depression and humiliation during Israeli Apartheid Week.

Further, neither the union nor any of its societies should promote or permit the display or distribution during Israeli Apartheid Week of blood libels, such as posters, stickers, leaflets and other documents, which allege or imply abuse by Israel and Israelis of Palestinian civilians in general and children in particular, or which otherwise incite hatred of Israel and Israelis, and which could cause students and others to commit violence against Jewish students; all or any of which could be in breach of sections 18, 19 and 21 of the Public Order Act 1986 and section 26 of the Equality Act 2010.

Moreover, the students’ union should treat campus antisemitism arising out of or in connection with Israeli Apartheid Week with the same promptness and vigour as other forms of discrimination, whether racial, ethnic, religious, or related to gender, sexual orientation or disability.