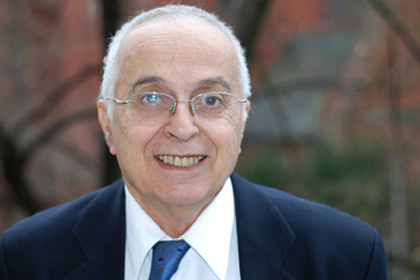 David Menashri is Professor Emeritus and the Founding Director of the Alliance Center for Iranian Studies of Tel Aviv University. He is currently the Israel Institute Visiting Professor at the Y & S Nazarian Center for Israel Studies.

Tomorrow the Iranian people will simultaneously elect a new Parliament (Majlis) and Council of Experts—assigned to monitor the functioning of the Supreme Leader and to choose a new Supreme Leader when the position becomes vacant. The timing, following the nuclear deal, amidst domestic rifts and growing domestic and external challenges make the elections of unique significance in shaping the future policy of Rouhani’s government and that of the regime in the longer term.

The power balance in Parliament is crucial for the government’s conduct in foreign relations and domestic politics in an era of growing regional challenges, rising popular expectations for economic betterment and greater freedoms and in anticipation of the 2017 presidential elections. Factors such as the wide authoritative berth of the Supreme Leader, his age (77), reports about his failing health and the long tenure of the council (8 years) may even compel this Council of Experts to choose a new Supreme Leader during its present term.

Iran is a complex society and the rifts between the rival camps are deep. For the convenience of discussion, one can speak of two major competing trends: one pragmatic, reformist or moderate; another conservative, traditionalist doctrinaire—with significant subdivisions in each of them.

The pragmatists viewed the concluding of the Joint Comprehensive Plan of Action (July 14, 2015) and the Implementation Day (January 16, 2016) as a starting point for comprehensive reform, with Rouhani at the helm. Their rivals, who viewed the nuclear deal with disdain and accepted it as an inevitable evil, sought to strengthen their hold on power and stick to the revolutionary policy. Control of the two institutions was, therefore, essential in their struggle for shaping the future of the Islamic Revolution and, more immediately, for the remaining term of Rouhani (until summer 2017).

The radicals, with the backing of Khamene’i and the support of the Islamic Revolutionary Guard Corps (IRGC) and other revolutionary institutions, appeared confident and uncompromising in their efforts to gain full control. They have portrayed the nuclear deal as an historic victory, signaling Iran’s centrality and power as equaling that of the US. They had good reason to be satisfied.

Just two years earlier, entering the final round of nuclear negotiations Iranians were on their knees, desperate for a deal to get them out of the impasse. At home, the transatlantic alliance led to crippling sanctions that exerted tremendous pressure. The currency devaluated sharply, unemployment skyrocketed and popular disenchantment reached close to boiling point. In the region, the Regime’s Syrian ally was engaged in a bloody civil war and even resorted to the use of chemical weapons. Their proxy, the Lebanese Hezbollah, faced difficulties due to their support of President Assad. Their position in Iraq was also weakening.

With the Agreement, they achieved the deal of the century. Sanctions are relieved, assets unfrozen, there is growing support among youth. In short, Iranians are smiling again. The Islamic Regime has been welcomed back into the family of nations and recognized by the big powers. Their nuclear program (even if delayed) has been given the seal of international approval. Once considered “part of the problem,” Iran is today recognized as “part of the solution” in the region. The rise of ISIS made them appear more moderate. In line with its interests, the nuclear deal did not address other areas of western concern, such as Iran’s support for radical Islamist movements and the restriction of freedoms at home. No less important, what Iran has achieved is almost irreversible. What Iran pledged depends on Iran honoring the agreement (which so far it generally has).

The tone was set by Ayatollah Khamene’i. On August 24, 2015, his website published a poster entitled “The Iron Fist,” symbolizing Iran’s strength following the agreement. It features a fist comprised of military equipment adorned with Iranian flags breaking through clouds, with the following text: “Those who levelled sanctions against us yesterday are dying today, because Iran has become the region’s foremost military power.”[i] Defense Minister Hossein Dehghan (August 30) boasted that Iran has attained status to the degree that “the superpowers have surrendered to it.” He continued that despite typical Western pride, “the regime of the arrogant [the West] sat humbly behind the negotiating table and obeyed the rights of the Iranian nation.”[ii]

At the same time, the radicals seized every opportunity to bash the US and embarrass their domestic rivals. On his part, Khamene’i missed no opportunity to convey his disdain for the US and western civilization at large, taking aim at the “western onslaught” and its domestic agents to influence Iranian politics. America is the Great Satan and the call “Death to America,” he reiterated, is an integral pillar of the Islamic revolutionary essence. The American sailors who entered territorial waters in December were released only after the Regime disseminated embarrassing photos depicting them squatting on their knees surrendering to Iranian forces. Later, during the parade marking the 37th anniversary of the Islamic Republic (February 12, 2016) they aired footage of the sailors on their knees and a soldier seen weeping. The shadowy Iranian Quds Force commander Qassem Soleimani visited Moscow to meet with senior Russian leaders, despite the UN Security Council resolutions barring him from such travels. Iran also launched a long-range missile violating the UN ban. This week, Tehran declared a $600,000 bounty for the death of British Indian author Salman Rushdie, in line with Ayatollah Khomeini’s Fatwa (religious decree) in 1989.

Seeking to provoke its arch-enemies, Iran also took every opportunity to attack Israel. Just as the global community marked International Holocaust Remembrance Day on January 27, an English-subtitled video was uploaded on Khamene’i’s website questioning whether the Holocaust ever happened. Europeans do not dare question the Holocaust, he alleged, even if “it is not clear whether the core of the matter is reality or not.”[iii] This was in line with his previous references to the Holocaust as a myth (afsaneh). In addition, a new “Holocaust Cartoon and Caricature” competition will be held in Iran in June, 2016.

Unlike what is often claimed, namely that the Supreme Leader is a balancing force between the two camps, current developments demonstrate that in fact Khamene’i’s sympathy lies entirely with the radicals. He could tolerate the election of Rouhani who was assigned to negotiate a deal which Iran desperately needed. Yet, Khamene’i and the radicals are determined to prevent Rouhani from using the nuclear deal to continue far-reaching reforms. His mission was accomplished. It appears that while allowing the Rouhani-Zarif team to negotiate the nuclear deal, Khamene’i also promised the radicals that when the nuclear file is a done deal, he will make sure that their interests (doctrinaire, political or economic) would be secured.

Elections in Iran are not free elections. The Council of Guardians, tasked with vetting contenders’ supposed loyalty, disqualified a record high (60% of the 12,000 people) who came forward as parliamentary candidates—double candidates that of previous elections. Although some of those disqualified later won appeals, still half of those who had wanted to run for office were prevented from doing so. Reformists were hit hardest. In the first cut, only 30 of about 3,000 were approved (i.e. 1%). “They want an Islamic Re- without the public,” quipped one observer.[iv] President Rouhani said he was disheartened: “The Parliament is the house of the people, not a particular faction.” And “what about a faction that has up to 10 million supporters?” he asked, referring to the reformists.[v]

Out of more than 800 Islamic theologian-men who stood for the 88-member assembly of experts, only 161 were approved. Among those disqualified was the grandson of the first Supreme Leader (In fact, 7 out of Ayatollah Khomeini’s 15 grandchildren expressed criticism of the regime’s functioning). In many ways, the results of the elections were pre-determined, by what the Iranian cynics would call “election engineering.”

Consequently, not many leading reformists were allowed to run for office. Former vice president Mohammad Reza Aref, who stepped down in the presidential campaign to allow Rouhani’s victory, is considered the head of the moderate camp, supported by President Rouhani and former presidents Rafsanjani and Khatami. Under the circumstances, their strategy has less to do with boosting reformist candidates and more to do with diluting the powerbase of the hardliners. There is a large social movement to try to prevent the election of leading radicals and to promote the election of milder radicals. Five of the arch-hardliners, Ayatollahs Ahmad Jannati (secretary-general of the Guardian Council), Mohammad Yazdi (Head of the Assembly of Experts), Mohammad Taghi Mesbah Yazdi (the “theoretician” of using violence against dissidents), Ahmad Khatami and Ahmad Alamalhoda were marked as candidates who must be denied election in the Council of Experts. Another major aim is to make sure their own leading candidates for the Council (mainly President Rouhani and former President Rafsanjani) will be elected with the highest support. Thus, the peculiarity of these elections: the campaign is not about whom to vote for, but rather whom not to vote for. It is difficult to win elections this way but it is possible—if there is no external intervention in the election process—to minimize losses while securing the election of milder conservatives and thus sending a strong signal to the Supreme Leader and the radical camp. On their part, the radicals are focusing in the last days before the election on discrediting their rivals by presenting them as agents of foreign influence.

In any case, the struggle between the camps has already entered a new phase, with the results of the simultaneous election likely to influence short and longer-term politics of revolutionary Iran.