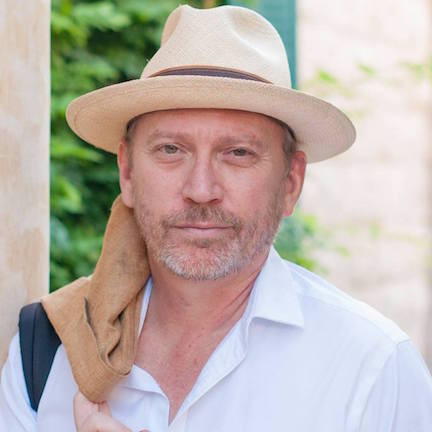 Gabriel Noah Brahm is an ISGAP Senior Research Fellow, Visiting Researcher at The Hebrew University of Jerusalem and Associate Professor of English at Northern Michigan University.

It’s back. Every year at this time, some extreme anti-Israel activists invoke the worst terms of abuse they can think of to try to stigmatize the Jewish state. Jewish students on college campuses around the world call it “Hate Week”—for good reason. They feel the sting of potent antisemitic imagery on public display, aggressively deployed for the manifestly antisemitic purpose of desecrating and demeaning one of the central symbols of Jewish collective life: Israel—the Jewish state.

Moreover, antisemitic incidents go up on campuses where so-called “Israeli Apartheid Week” (IAW) has become an annual ritual. IAW is a kind of incitement. Like the BDS movement it supports (calling for “boycotts, divestments, and sanctions” against the Jewish state alone), IAW aims openly at nothing less than ending Jewish sovereignty anywhere in the Middle East. And this would eliminate Jewish self-determination everywhere on earth—not incidentally, returning all Jews to that precarious condition of diaspora which Zionism long ago set out to make a thing of the past. Ironically, the uptick in injuries suffered by Jews wherever IAW comes to roost itself belies the notion that a world without Israel would be a safe place for them.

Diasporism: The Solution to the Jewish Problem in the Middle East?

This, more than anything else—IAW’s eliminationist anti-Zionism—is what brands it as unmistakably antisemitic according to current definitions. Indeed, IAW is a prime example of the most disturbing form that Jew-hatred takes after World War II, when the center of gravity of Jewish life shifts decisively away from a morally bankrupt Europe and back to a revived Jewish home in the Levant. It is then that antisemitism, freshly cloaked in Third Worldist, ostensibly “anti-imperialist,” garb, becomes “progressive.”[1] While the postmodern anti-Zionist scholar, Judith Butler, would seem to want to lend support to IAW’s extremist agenda, when she blithely remarks that “dispersion is the mode in which Jews have in fact survived,”[2] it should be noted that “dispersion” has not been an unmixed blessing for the Jews. For it is also the “mode” in which six million were murdered in the Holocaust. The “mode” in which Jews in Arab lands suffered dhimmitude for centuries. The “mode” of pogroms. The “mode” of that epic Jewish suffering, in short, which the modern State of Israel was intended to overcome.

For obvious reasons, Butlerian “diasporism” makes a poor substitute for Zionism—with an eye toward the as yet unfinished business of preserving the Jewish people against a hostile world. Butler would have been more accurate had she written that, while some managed to survive in a world without Israel, too many—the majority in Europe in the 20th century—in fact did not. In that case, however, she would have then been making but one of a number of standard arguments not against but for Israel’s legitimacy and continued flourishing—as a bulwark of civilization in the face of barbarism,[3] an island of stability in a region now in chaos,[4] and one of the top-five “happiest countries” on earth in the face of IAW’s heinous fantasies.[5]  Not to mention Jews’ unbroken tie to the land.

In short, the dishonest campaign to tar with the brush of South African-style “apartheid” democratic, multicultural, and exceptionally happy Israel—where discrimination on the basis of race is illegal and 77% of Arab citizens say they prefer living over anyplace else in the world[6]—is both counter-empirical and recognizably an act of racist aggression. For it clearly runs afoul of international definitions and accepted contemporary understandings of the “new” antisemitism. The U.S. State Department, for example, includes “denying the Jewish people their right to self-determination, and denying Israel the right to exist” in its definition of antisemitism, following the lead of the European Monitoring Centre on Racism and Xenophobia’s 2005 “Working Definition.”[7]

But beyond technical/legal definitions by international agencies, as McGill University human rights scholar and Canadian parliamentarian, Irwin Cotler, correctly notes, one has simply to look and see that the new antisemitism focuses its animus on the Jewish state in a manner analogous (both similar and different) to traditional antisemitism:

In this light, IAW’s stated purpose—and not only its despicable tactics—betray it as emblematic of anti-Jewishness today.

Moreover, IAW activists rank among those deemed the most dangerous antisemites in the world at this time, according to Swedish Deputy Prime Minister Per Ahlmark’s understanding. As Ahlmark observes:

“Compared to most previous anti-Jewish outbreaks, [contemporary antisemitism] is directed less toward individual Jews. Instead, its attacks           focus on the collective Jew—the State of Israel. Such attacks spark a chain reaction of assaults on individual Jews and Jewish institutions. We         certainly could say that in the past the most dangerous antisemites were those who wanted to make the world Judenrein, or free of Jews. Today, the most dangerous antisemites might be those who want to make the world Judenstaatrein, free of a Jewish state.”[9]

What better, more apt characterization of IAW could there be than to see it as precisely this sort of rank incitement to politicide? As Ahlmark’s remarks remind us, nowadays anti-Zionism is the new antisemitism. The struggle over the Jewish state is in fact the struggle that will decide the fate of the Jewish people in our time.

Posing as a campaign for universal human rights, IAW is an ugly stigmatization campaign that actually singles out one people on earth—the Jewish nation—for the application of double standards aimed at depriving them of their hard-won right to self-determination. IAW thus fails Natan Sharansky’s “3D Test” for distinguishing healthy criticism of Israel from sick racism directed against Jews: it demonizes the Jewish state alone among all UN member states, it applies double standards, and its goal is delegitimization. Indeed, IAW—founded entirely on an intentionally offensive analogy with an evil regime, one that racially and ethnically mixed Israel bears no resemblance to—is a paradigm case of Sharansky’s “new” anti-Zionist antisemitism.[10]

Meanwhile, the purported objects of IAW’s compassion, the Arab minority living in Israel, don’t sound much like victims of “apartheid” (an Afrikaans term meaning “separation”), by anyone’s definition. The latest polls conducted in Israel among Arab citizens indicate that a substantial majority not only prefer living in Israel but also go so far as to say they are “proud to be Israeli”; agree that “Israel is a good place to live”; affirm that “the regime in the state of Israel, despite its flaws, is a democracy also as regards the Arab citizens”; and accept that “the Jews, like the Arabs, have historic and national rights to the country.” While as many of those same people interviewed also freely concur that “Zionism is a colonial and racist movement” (a sign that the polls can be trusted!), the actually existing Zionist Entity itself is clearly not an institution that the majority see as illegitimate or wish to have dismantled (whatever they repeat reflexively about “Zionism” in the abstract). As indicated by their consistent responses to the more concrete questions posed, the Arab citizens of Israel themselves don’t consider Israel anything like “apartheid.” Rather, they see it as a “democracy” to be “proud” of, based on a peoples’ “rights.”[11]

Like Jewish “colonialism,” Israeli “apartheid” is a myth—a term of abuse some cannot resist hurling for its capacity to inflict harm, a brickbat in a war of words. No one really takes such words seriously—much less literally—in the Middle East itself. It is IAW’s goals, therefore, that distinguish it from people you can talk to—and convict it of antisemitism.

[1] On the changing forms of Jew-hatred in history and how anti-Zionist antisemitism became a pathology of the left today, see Bernard-Henri Levy, Left in Dark Times: A Stand Against the New Barbarism, Chapter 5, “The New Anti-Semitism Will Be Progressive—Or Nothing at All” (New York: Random House).

[3] See Gabriel Noah Brahm, “There is a Clash of Civilizations: an Interview with Benny Morris,” Fathom (Autumn 2015), http://fathomjournal.org/there-is-a-clash-of-civilisations-an-interview-with-benny-morris/

[4] See Yoram Schweitzer and Omer Einav (eds.), The Islamic State: How Viable is It? (Tel Aviv: The Institute for National Security Studies, 2016).

[5] According to the latest study by the Better Life Index of the Organization for Economic Co-operation and Development (OECD), Israel in 2015 was ranked as the fifth happiest country in the world—after Denmark, Iceland, Switzerland and Finland (reported in Israel21C [March 10, 2016], http://www.israel21c.org/israel-in-top-5-happiest-countries-in-the-world/).

[11] These facts were culled from polls reported in the Israeli center-left newspaper, Maariv (10/16/15); the 2014 Israeli Democracy Index, produced by the liberal Israel Democracy Institute; and Sammy Smooha’s 2015 index of Arab-Jewish relations.