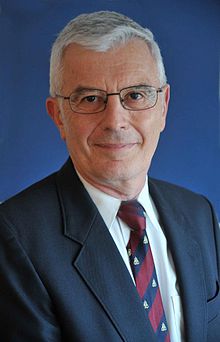 We need to fight for the restitution of Jewish property as if there is no antisemitism and combat antisemitism as if there is no fight for Jewish restitution. Some say that fighting for the restitution of Jewish property, estimated at tens of billions of dollars, will contribute to the rise of antisemitism. However, according to research conducted at Hebrew University, it is not clear why or when antisemitism increases. For example, antisemitism increased after the Six Day War of 1967, when the Jews were remarkably victorious, and again after the Yom Kippur War of 1973, when the Jewish state suffered a severe blow. Fear of increasing rates of antisemitism cannot serve as an excuse for failing to fight for Jewish restitution, as it is a moral imperative to do so under all circumstances.

Direct negotiations announced recently between the Israeli government and the Polish government on the Polish “Holocaust Law” is an exceptional opportunity to “clean the table” between the two countries regarding the Holocaust and establish future relations. There is room for negotiations on restitution of Jewish property and on restoration of Jewish cemeteries – two issues that the Israeli government has not yet conducted. Regarding restitution of Jewish property, a Polish bill is on the agenda that would confiscate all Jewish property – with and without heirs – a value estimated at tens of billions of dollars, as well as over a thousand Jewish cemeteries, which have long been neglected. At most, some Jewish claimants, together with non-Jewish claimants, would receive twenty percent of the value of the property.

The opportunity to strengthen ties between Israel and Poland should be discussed according to a recent proposal made in Israel. The proposal offered the establishment of a joint foundation composed of Jewish property without heirs, estimated at tens of billions of dollars, like the Polish-German foundation that has existed since 1991. The proposed foundation would carry out joint projects for educating younger generations about the Holocaust in Poland, Israel and around the world; projects for the preservation of Jewish cemeteries and mass graves; projects for combating antisemitism; and other projects in the areas of education, culture, science, research, and environmental protection.

There is political logic in conducting simultaneous negotiations on the current issues, as it is better to conclude them all, instead of negotiating with the Polish government on each issue separately. The 70th anniversary of the State of Israel and the approaching Yom HaShoah – Holocaust Remembrance Day – are sufficient reasons for the Prime Minister and Foreign Minister Benjamin Netanyahu, as well as Israeli Minister for Social Equality Gila Gamliel, in charge of restitution of Jewish property, to take decisive action on these issues.

The proposed framework will benefit both the Jewish people and Poland. Indeed, Poland can help preserve this moral imperative and serve as an example for other countries to follow.