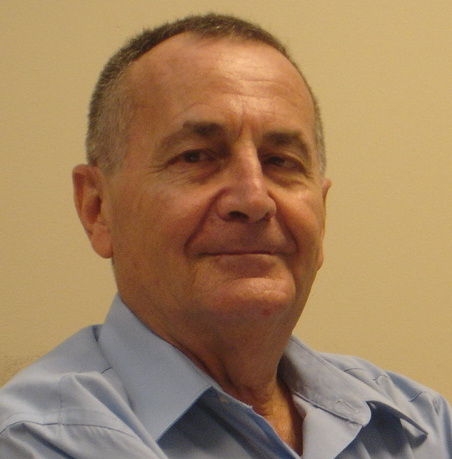 The recent escalation in Palestinian violence was brought about by events in early September 2015, when tensions regarding the Temple Mount (Al-Aqsa Mosque) rose between Israelis and Palestinians. Violence broke out during the Jewish High Holidays, that saw an increase in Jewish worshippers to the Western Wall and the Temple Mount, as well as an intensification of Israeli discussion surrounding Jewish rights to the Temple Mount in particular, and Jerusalem in general. This was coupled with accusations by the Palestinians and the Islamic movement in Israel that Israel intended to change the status quo at the Temple Mount, and turn it into a site for Jewish prayer. However, nothing we saw here was new. Every year during the Jewish High Holidays Israel experiences a rise in tension at the Temple Mount, and even before this wave of violence has faced accusations that it intends to change the status quo on the Temple Mount. So what we really have to consider is: what was it about the current circumstances that has resulted in such persistent violence, which threatens to morph into a Third Intifada?

We can understand this particular situation better by analyzing its specific characteristics and the reasoning behind them. For starters, this violence lacks organization. Most of the perpetrators are neither connected to any terrorist organization, nor operate in terrorist cells. They are individuals who make the decision to commit violence against (mostly) Jewish Israelis, in reaction to the constraints of their daily life, and frustrations at what they perceive as Israeli oppression. A relatively large number of them are very young – in fact, kids.

Secondly, the perpetrators’ origins are not spread evenly throughout the West Bank. Whilst at the start of this latest wave of violence most of them came from East Jerusalem and its surrounding neighborhoods, operating in greater Jerusalem and occasionally other parts of Israel, attacks gradually shifted to the West Bank, but concentrated disproportionately in the Hebron area. There were also a few cases in which the perpetrators were Arab citizens of Israel.

From these observations we can draw several conclusions. Firstly, that these actions are the result of frustrations that drive young people to act without regard for their own safety. These frustrations seem to stem from an accumulation of both national and personal socio-economic issues. On the national level, the strengthening of political deadlock after the collapse of Prime Minister Netanyahu’s negotiations with President Mahmoud Abbas deepened the Palestinians’ sense of aggravation and desperation. The March 2015 general elections in Israel also had a significant effect; whilst the run up to the elections saw a sense of hope for political change that could affect the Israeli approach to the Palestinian question, the re-election of Benjamin Netanyahu put an abrupt end to them. The Palestinians completely lost any hope of having freedom in their own state. From their point of view, both their leaders and their political factions have completely failed to deliver their stated national goals, and as a result, the Palestinians have lost all trust in them; neither Fatah nor Hamas are trusted by the majority. This leads to the conclusion by some that the only way out is to act individually. This is further exacerbated by strong media coverage and a vocal response from Israel.

On the personal level, the socio-economic situation in the West Bank is declining. The initial concentration of violence in Jerusalem was not just due to the prominence of the Temple Mount, but was also caused by an increasingly deteriorating economic situation for the Palestinian inhabitants of Jerusalem, faster than in the West Bank. By contrast, the main cause of economic problems for East Jerusalemites was the rising unemployment resulting from competition with cheaper workers from the West Bank. Whilst in the case of Hebron, suffering stems more from limits on the freedom of movement of Palestinians, as well as disruption of normal life due to the comparably greater Israeli military presence there (the result of Jewish settlements at the center of the city, with implications on economic activities). The harassment of Palestinians by extremist Israeli settlers has also contributed to the Palestinians’ frustration, reaching its peak with the burning of a Palestinian house at Kafr Dumma, which resulted in the deaths of three innocent Palestinians. Some young Palestinians living in these areas therefore reach the conclusion they have no future, and nothing to lose. In the Israeli discussion of these events much attention is given to the role of incitement. Even the leaders of the Palestinian Authority are accused of inciting violence, due to their encouragement of Palestinian “popular resistance” and protests.

However, under the current conditions it is absurd to assume that anything the leadership in Ramallah is saying is having real effect on the same populace that does not trust it. On the other hand, there is a great deal of incitement in the social networks, however it is largely not organized agitation, but rather simply posts from individuals. This leads us to conclude that incitement is not a major cause of the present situation, but mostly another side effect of it.

There is also significant similar incitement from the Israeli side. Here also the social networks are filled with provocative messages by individual Israelis; here again one can find fault with the message put across by some Israeli political and religious leaders. However, the public’s unsavoury reactions, including the lynching of people suspected to be Palestinian terrorists, are mainly the result of the current atmosphere of fear and frustration.

Finally, religious motivations are also playing a role, due to the focus the Temple Mount holds in the Palestinian and the Israeli discourse. The main risk is that the conflict between Israelis and Palestinians, which was historically a national conflict with some religious undertones, may evolve into a fully-fledged religious conflict, which is much more difficult to resolve. Some characteristics of the violence itself also strengthen the perception of a religious Jewish-Muslim conflict. For example, in many cases the victims of stabbings in Jerusalem were Ultra-Orthodox Jews, most likely due to the fact they are the most clearly distinguishable from Palestinians’ fellow Arab inhabitants of Jerusalem. It is not difficult to imagine how stabbings of Jews because they look like Jews is perceived in Israel and other Jewish communities with a long historical memory.

The conclusion of our analysis should lead to the understanding that whilst tough security measures are most likely necessary to deal with the current wave of violence, both the crisis and the steadfast motivations for Palestinian youngsters to act violently against Israelis will endure unless two steps are taken. Firstly, Israeli security measures must be adopted with consideration of how they could possibly further alienate the Palestinians. Secondly, visible steps must be undertaken to deal with the political deadlock and the deterioration of the socio-economic conditions in the West Bank in general and East Jerusalem in particular.