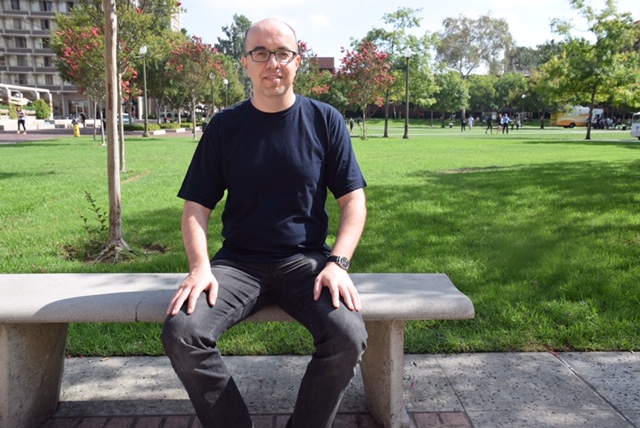 Professor Kiril Feferman is a Senior Lecturer at the Department of Jewish Heritage, Ariel University, where he is Director of the Holocaust History Center. He was an ISGAP-Oxford Summer Institute scholar-in-residence in 2018.

Professor Kiril Feferman examines the execution of Jewish intellectuals in the Soviet Union, which took place on August 12-13, 1952, marking one of the final acts of persecution by Joseph Stalin against the Jewish people.

On August 12-13, 1952, thirteen members of the Jewish elite in the Soviet Union were executed, following the trial and the verdict.[1] This was a unique episode in the history of the Soviet Jews, Soviet attitudes towards the Jewish world, and the Soviet antisemitism. Yet, despite its being unique, this episode had far-reaching implications on the development of the relationship between the world communist movement and the Jews.

This saga is closely interwoven with Jewish history. After the German armies invaded the Soviet Union on June 22, 1941, the Jewish world, whether Soviet Jews or foreign, especially American Jewry, were staunch supporters of the Bolshevik regime. Yet, the regime felt it was being driven to a corner, as the Wehrmacht stood close to the gates of Moscow. It is this feeling that brought the Bolshevik leadership to court the Jewish world by setting up the Jewish Anti-Fascist Committee (JAFC) in 1942. After all Nazi antisemitism and fascism were not only threats to the Soviet Union and the Jewish communities of Europe, they were also threats to democratic nations as well.

The establishment of this committee was no doubt a success story: Soviet Jews, disappointed by the estrangement from their countrymen during the war, found a new home with the JAFC, increasingly regarded by them as a sort of Ministry for Jewish Affairs. Foreign Jews, overwhelmingly left-leaning, were equally impressed by what they saw as a resurgence of Jewish life in the beleaguered Soviet Union. This was translated into a massive financial and political support rendered by foreign, mostly American Jews to the Soviet Union during the war and in its aftermath.

Things started to change after the end of the war, followed by the start of the Cold war. The Soviet regime started feeling it had no more need in the Jewish voice abroad, as America and the West were increasingly transformed into the Soviet mortal enemy. World Zionism was viewed as an important and empowered player. Soviet support of Israel turned out a short-term investment. At the same time, Soviet Jewish national revival resulting from the Holocaust and the establishment of Israel were viewed as a dangerous development undermining internal Soviet coherence. It is against this backdrop that one should understand the slow but gradual crackdown on the “manifestations of Jewish nationalism”, to borrow the Soviet parlance. The liquidation of the Jewish Anti-Fascist Committee and the arrest of its leading members in 1948 was an essential component hereof.

Yet, this process was invisible to many observers, as the Soviet Union was a closed and isolated country. The communication with the outer world was closely monitored and largely prevented. Soviet security agencies did their best to keep the arrests in secret. Friends and acquaintances of those arrested, if they were not apprehended themselves, were so frightened to talk that the West remained unaware for years of the disappearance of these people, leading figures in the Soviet Jewish cultural elite.

The secrecy surrounding the arrests (leaving aside the fact that no one in the Soviet Union or abroad knew about their secret trial and executions in 1952) resulted from the Soviet reluctance to face charges of antisemitism. After all, what could be perceived in the West as a crackdown on the only Jewish organization in the USSR, let alone the trial and execution of its leaders ran counter to Soviet ideological tenets established by Lenin and firmly adhered to by Stalin whereby anti-Semitism was a curse from the tsarist times and such a phenomenon was absolutely impossible in the Soviet Union.

Yet, both the trial and the execution did take place and eventually, albeit years later the truth leaked away. This truth became a painful message for Jews, Soviet and especially foreign, that the world communism was far from being immune from antisemitism. Furthermore, Soviet continuous refusal in the post-Stalin era to admit the anti-Jewish character of the persecution of the JAFC members cemented the growing watershed between the world communist movement and the Jewish world.