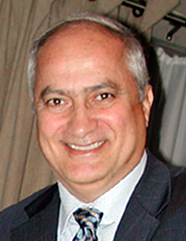 Dr. David Bensoussan is a Professor of Engineering at the University of Quebec. He has served as President of the United Sephardic Community of Quebec and is the author of a number of literary works, including a Bible commentary.

There has been a Jewish presence in Arab-Muslim countries since well before Islam was introduced, and it dates back to before the 6th-century, before the current era. However, these communities have disappeared or are in the process of disappearing in the majority of Arab-Muslim countries. In fact, 865,000 Jews found themselves excluded in the very countries they were born in and felt that they had to leave.

The traditional legal status of non-Muslims in Muslim countries

Non-Muslim minorities in Muslim countries have the status of dhimmi, which means “tolerated” or “protected”. This flows from the assertion that Jewish and Christian scripture was distorted by their unworthy depositories. It is legislated under the Pact of Umar, which was amended several times with the addition of other discriminatory measures.

A dhimmi is in an inferior position within Muslim society: they have special taxes, wear recognizable clothing, are the subject of humiliating measures, and do not have legal status when they are involved in a legal matter involving Muslims. Shi’ite Islam, in particular, considers Jews to be a source of impurity. While the conditions of Jews have differed between countries, some features overlap for Jews in Morocco and the Ottoman and Persian Empires.

In the 19th century, several travelers, consuls, and educators, sent out by the Alliance Israelite Universelle, sent back alarming reports on the situation of Jews, including the following: daily humiliation, objects of scorn, submissive to the point of atrophy, constant insecurity, abductions, densely populated Jewish quarters, dramatic impoverishment, and seriously unsanitary living conditions. They described nightmarish fanaticism on the one hand and resignation on the other.
The difficult circumstances of Jews, who made up 0.5% to 3% of the population, depending on the country, was also raised by Muslim chroniclers. Jews automatically became the scapegoats whenever there was political instability, a military defeat or difficult economic conditions, as well as drought. As a result, massacres and plundering happened sporadically.

Generally speaking, the rulers were benevolent to a certain degree – of course, there were exceptions – and their decisions were not always applied accordingly. For example, the decree agreed to in 1864 by the Moroccan ruler and the philanthropist, Moses Montefiore, on the cessation of mistreatment of Jews never actually changed anything. Jews were accused of ritual murder in Damascus in 1840 and Cairo in 1902. In the Ottoman Empire, there were reforms that ended the mandatory wearing of distinctive clothing and the special tax on non-Muslims, but once again, in the more remote areas of the Empire, this was never enforced.

The precolonial and colonial period

Being on the fringes of the 19th-century expansion of Europe, many Jews sought consular protection, and the parameters were set down at international conferences in Tangier, Madrid, Lausanne, and so on. Algerian Jews obtained the right to French nationality in 1870, Tunisian Jews obtained it at their request in 1923 and Moroccan Jews maintained their status of dhimmi when Morocco became a protectorate.  A large number of Jews acquired Egyptian nationality, but this was quietly withdrawn in 1940, which left about a quarter of Jews without a nationality. In Yemen, Sharia law was applied in 1948, and Jewish orphans were taken in order to be converted to Islam, a practice that had been in use since 1922.

It should be pointed out that improved legal status for Jews did not always translate into improved lives, because mentalities do not evolve as quickly as one might hope. Overall, the Westernization of Jews in countries where the majority is Muslim preceded that of Muslims by more than one generation because of, among other reasons, the reach of the school network of the Alliance Israelite Universelle.

Under the colonial regime, Jews were finally able to live outside the Jewish quarter, the mellah or hara, and they no longer had to wear distinctive clothing. Many Muslims saw this as changing the Jewish status that they felt had been carved in stone by Islamic law. The tradition of prosecuting Jews during difficult domestic times, as well as the resentment against colonial power and the emancipation of Jews, were all key factors in triggering anti-Jewish actions, as happened in Fez in 1912, in Cairo in 1945, and so on.

In order to avoid antagonizing the Muslim majority and even the antisemitic European colonists, the colonial authorities often turned a blind eye to the abuse of Jews, as exemplified in Baghdad in 1941. During the Second World War, a pro-Nazi regime came to power in Iraq, and the sweeping pogrom, the Farhoud, was carried out in 1941. The Mufti in Jerusalem was the self-appointed voice of Nazi propaganda, and he encouraged Bosnia Muslims to join the Waffen SS. Jews in Libya were also sent to death camps in Europe, and a number of Jews in Tunisia were made to do forced labor.

After the Second World War

After the Second World War, there was growing insecurity in eastern Jewish communities. There had been a pogrom in Libya in 1945, anti-British and antisemitic riots within the same year in Egypt, followed by continued riots in Syria, Yemen, and Aden in 1947. Jews were even excluded from the Syrian and Lebanese administrations in 1947. The political committee of the Arab League, made up of seven countries, proposed in 1947, well before Israel’s independence, that the assets of Jews be frozen.

Israel’s independence and its surprise victory over invading Arab armies was a miracle in the eyes of Jews. Immense pressure was put on Jews who were told to prove their loyalty by opposing the Jewish state, and the Arab press was full of invective against Israel and Jews. In fact, Jews left in a panic for Israel from several countries despite threats to destroy the newly formed state.

There were multiple anti-Jewish measures in the region: non-renewal of professional licenses in Iraq, a prohibition on leaving Iraq in 1948 and Yemen in 1949, the withdrawal of Egyptian nationality from Jews, who then became stateless in the 1950s, and the withdrawal of the right to vote for Jews in Libya in 1951.

Jewish heritage was destroyed in Oran in 1961 and in Libya in 1969 and 1978. There was police abuse and abductions of young girls with forced conversions in Morocco from 1961 to 1962. Jews were kidnapped in Lebanon in 1967. There were public hangings in Baghdad in 1969, antisemitic cliches were used in the Arab press, and campaigns were used to increase anti-Jewish sentiment and incite hatred, using Zionism as an excuse. After the Six-Day War, this rhetoric increased considerably.

Even though there were assurances of equality before the law in countries considered to be moderate, such as Morocco and Tunisia after their independence, membership in the Arab League meant a complete boycott in terms of relations or contact with Israel. Mail was prohibited, it was difficult to get a passport, and any media that did not portray Israel extremely negatively was prohibited from reporting. This boycott absolutely prevented any dialogue that could have led to mutual understanding.

Discriminatory measures that were taken against Jews and the state of Israel led to the quasi-disappearance of Jews in these countries. No Arab state has taken responsibility for the fate of its Jewish citizens. We are witnessing nowadays remarkable preservation measures of Jewish patrimony and increased Israeli tourism in Morocco. On the other hand, former Iranian President Mahmud Ahmadinejad’s rhetoric denies the Holocaust and calls for the elimination of Israel. Similarly, Turkish Prime Minister, Recep Tayyip Erdogan, acts as if he wants the state of Israel to become a dhimmi state.

Modern times opened the door to the possibility of the dignity of citizenship for Jews, and prejudice compelled them to leave their place of birth. The end of commonplace Jewish servitude in Muslim-Arab countries was dramatic for the Muslim world, which is why Arab nationalism has made Palestine its focal point for mobilization. Zionism represents Jews who have reclaimed their dignity and defended themselves, in other words, the antithesis of dhimmis.

One must consider, furthermore, that the measures taken against Jews varied from one country to another. Once they were promulgated, the measures taken to protect Jews were rarely applied. In addition, it did not take much to arouse the people’s animosity toward Jews, regardless of these measures.

The policy of terror and exclusion led to ethnic cleansing without regard for rights or possessions that were lost, confiscated, or abandoned. The discriminatory measures, along with their vicious propaganda, thus ultimately led to an exodus that was practically forced, and often led people to leave very quietly.

These discriminatory measures came in different forms and varied depending on the country. If it had not been for the Arab media’s anti-Israeli frenzy and the discriminatory measures against Jews, it is highly likely that some of them would have decided to stay in their country. The feeling of insecurity constantly hung-over Jewish communities. Their departure became necessary for their survival; otherwise, it was just a question of time before they would be taken hostage by the potential unrest, which they were sure they would fall victim to next.

Jews who had been present in Arab Muslim countries for more than 2,000 years were thus squeezed out in the span of one generation, and they had to exile to other countries. The recent Abraham accords establishing diplomatic relations between Israel, the Emirates, Morocco, and Sudan is a sign of hope for the initialization of a dialogue among equals.