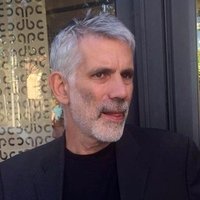 Born in Roslyn, NY, Professor Kolbrener went to Columbia College as an undergraduate, University College Oxford, and then Columbia University for his PhD.  He is currently a professor of English Literature at Bar Ilan University in Israel and an ISGAP Research Fellow.

Last week, students at Columbia University passed a resolution calling for boycotting and divesting from Israel. Their motion, sponsored by the Boycott, Divestment, and Sanctions movement, asserts that any commercial or intellectual connections to Israel “fall under the UN International Convention’ for both the suppression and punishment of the ‘Crime of Apartheid.’”

For me, this news is personal.

I got my BA and PhD in English from Columbia, the latter during the 1980s, when the powerful cocktail of French deconstruction and American neo-Marxism first united literary theory and political activism. The most visible version of this hybrid was Professor Edward Said, an outspoken supporter of the PLO and the person with whom I studied the novels of Mann, Conrad, and Proust. Some members of my graduate student cohort are today practitioners of that 80s cultural worldview; others lament how that perspective, now an orthodoxy, increasingly encroaches on their teaching and academic writing.

It is no wonder, then, that the BDS resolution passed at Columbia, where activists were supported by some professors, who took advantage of credulous students in their attempt to celebrate ideology over nuance.

Paradoxically, in the English Department at Bar Ilan University in Israel where I teach, we have more of a chance of creating genuine dialogue between different groups of Israelis—Muslims, Jews, and Christians. And that takes place in a country where ideologies can be dangerously out of control.

Here’s the truth about Israel: attempting to create a democracy forged in the cauldron of Zionism makes, at best, an unstable alloy. Israeli democracy may involve unresolvable contradictions, but in a region where liberal educational and political traditions are imports, we are trying. Israelis, like Americans, fail at recognizing diversity and acknowledging structural inequalities in our society. Nor are we always proud of the leaders who speak in our name.

But unlike some students at Columbia, I don’t call my centrist relatives in America and ask them to renounce their country because of President Trump’s cruel, autocratic, and increasingly persecutory regime. Nor would I boycott their professors or students. Yet Columbia students are informed to pass judgment on their Israeli cohorts because, as many BDS supporters believe, there is no Israel.

The BDS movement works hard to influence university students and the professors in the Humanities who support their cause. An increasingly prevalent story told among humanities professors is what they would call a ‘meta-narrative’ in which Israel stands for all of the evils of the West—religious, political, and economic. Consider the most recent and most outrageous example: a professor at San Francisco State University hosted an event with Leila Khaled, a member of the People’s Front for the Liberation of Palestine and the first woman to hijack an airplane. Israelis should not waste time apologizing to spectators in the United States who use Israel to express their fundamentalist politics.

Although many of my American colleagues plan their pedagogy around the demands of identity politics, my Israeli Arab and Jewish students do not. We succeed in creating dialogue because we don’t think it’s easy—that, for example, the conviction that diversity is good will magically transform discord into community. Last year, for example, it was only after a full semester and a visit to the gallery in the Israel Museum in Jerusalem (which housed the ruins of a sixth-century mosque, synagogue, and church) did first-year students begin to open to each other. Understanding shared history, traditions, and responsibility—despite our differences—allows for the beginnings of dialogue. It takes time and great effort to teach students to listen and understand that they can learn from a tradition not their own, without giving up their identity.

How do we achieve this nuance at Bar Ilan? First, we find ways for literary works to speak to our students, and we emphasize that you don’t have to take off your hijab because you love Shakespeare, stop wearing ritual fringes because you really like the Christian poet, John Milton, or, for that matter, renounce your feminism because you like Hemingway. Through the shared experience of listening, over time, to books, students eventually start to listen to each other. We do not, as has become normal in most humanities classrooms, stand above literary texts—at least not right away—and point out ways in which they fail according to our contemporary standards. We listen and learn.

But listening is not enough. You have to become accustomed, as one student wrote after our museum visit, to tell your story with kindness.  This means not negating the experience of others and leaving a space for them to tell their stories. Only in this way can other stories exist. We know our conversations about Pride and Prejudice will not bring down the Netanyahu government or end the Occupation. But we will not stop working, through reading, to build a community based on tolerance and eventually, hopefully, respect.

My students and colleagues do not have time for the sloganeering and empty abstractions of students and professors in America. With violence in our midst, we Israelis feel the urgency to learn from each other. So, let Columbia students do their virtue-signaling about apartheid.  Here in Israel, we have work to do.

Born in Roslyn, NY, Professor Kolbrener went to Columbia College as an undergraduate, University College Oxford, and then Columbia University for his PhD.  He is currently a professor of English Literature at Bar Ilan University in Israel. He is also a 2020-2022 ISGAP Research Fellow. He has written books on John Milton, Mary Astell and Joseph Soloveitchik. and he’s currently working on a book “Melancholy Aesthetics – from Milton to Addison.”

Currently, he is writing a book on reading – and the failures of liberal education on right and left.  This parallels his work on antisemitism. His next book will focus on Israel and antisemitism – again in relation to current educational models.