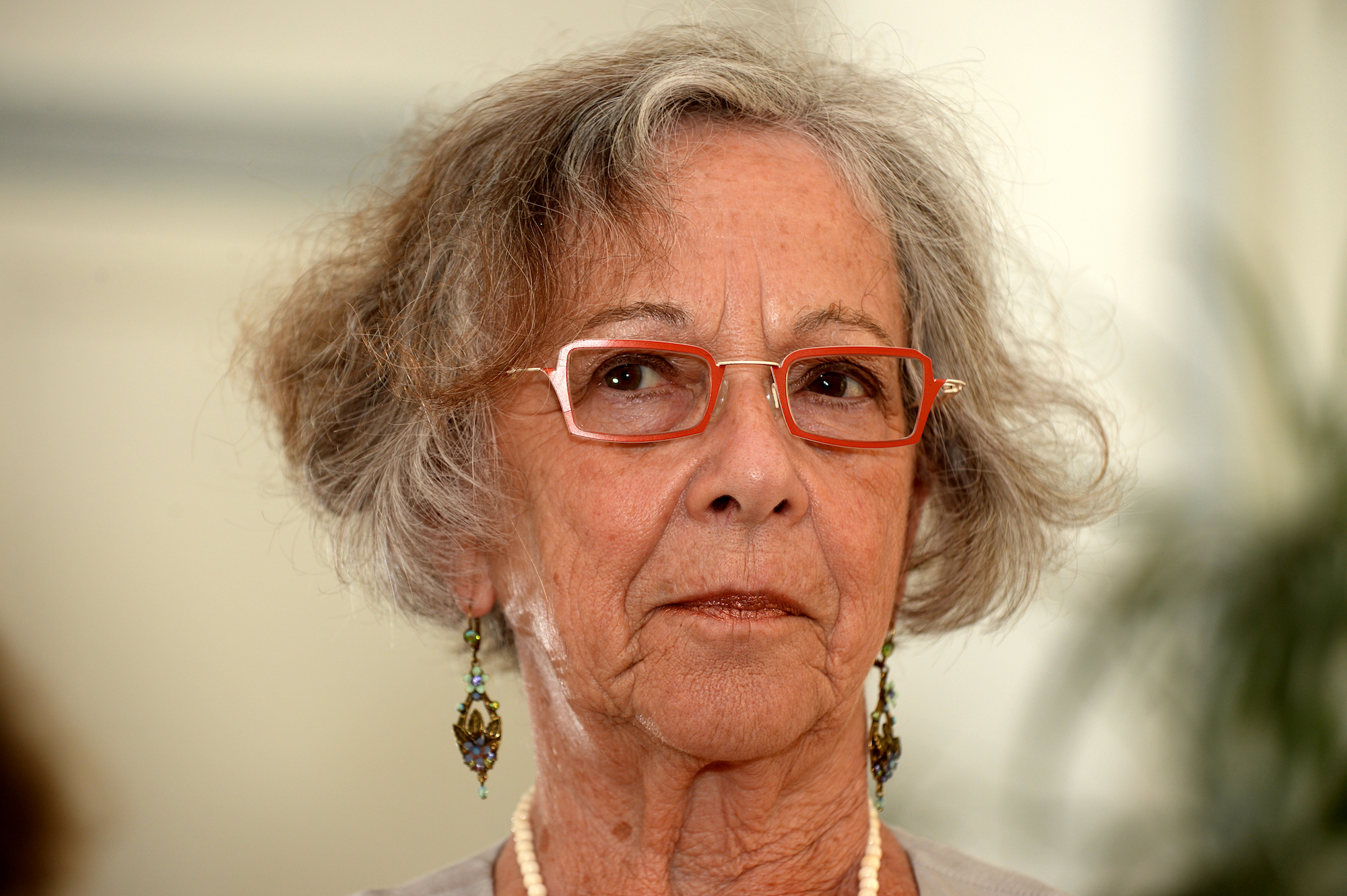 Nidra Poller (BA University of Wisconsin, MA Johns Hopkins University) is an American-born novelist living in Paris since 1972. Author of works in English and French, translator and, since 2000, journalist, she has published in a wide variety of media, including Commentary, The NY Sun, National Review Online, WSJE, Times of Israel /français, Midah, New English Review, Family Security Matters. Recent publications include Al Dura: Long Range Ballistic Myth and The Black Flag of Jihad Stalks la République. A chronicle, TheTroubled Dawn of the 21st Century, is scheduled for release in October 2016. This will be followed by a novel in French, Madonna Madonna (spring 2017).

The life of Chaolin Zhang, an unassuming 49 year-old dressmaker and father of two, was stomped out on a sidewalk in Aubervilliers on the 12th of August, for no reason. One assault among so many, nothing out of the ordinary for the thugs that have been targeting Chinese people in the Seine-St. Denis banlieue for years as if they had a god-given right. Did Chaolin try to protect his friend? Did he fail to show respect for the assailants, three “youths,” as they say, the better to hide their origins? They beat him up, aiming as usual for the head. Chaolin died 5 days later without ever coming out of the coma. For the Chinese community it was one too many acts of gratuitous violence. On September 4th they marched from the République to the Bastille, wearing white t-shirts with the slogan Sécurité pour tous [security for all].  The police estimated the crowd at 15,000, the organizers claimed they were 50,000. It was an exemplary demonstration with a made in China label, and thoroughly Parisian.

The murder of Chaolin Zhang did not attract the attention of international media that were mobilized en masse that week to protest against the burkini bans imposed in thirty French municipalities. Newspapers of record, major TV networks, and miscellaneous opinion-makers jumped on France like white sharks. Misled by activists with questionable motives, they zeroed in on the affront endured by a woman in hijab posing on the beach in Nice like a Candid Camera prop. The world’s conscience, offended by the refusal of France to offer its flank to a shari’a beach-head, couldn’t be bothered by the anti-Asian violence that has been smoldering for years.

They got bread, they stick together, they got no balls, we can do what we want to them. These were “youths” from Sarcelles standing in front of a TV camera a few years ago and shamelessly boasting about how they beat up Jews. Jews, Chinese, same combat? A population that is discreet, hard-working, upwardly mobile, attached to the land of its origins and no less faithful to France. A tight-knit community where people rely more on the helping hand of its members than on government handouts. An example of successful immigration that is not necessarily appreciated: people complain about neighborhoods invaded by shop signs in Chinese, illegal sweatshops, and restaurants that don’t respect sanitary regulations.

A demonstration unlike any other

The Nuits Debout occupation and protests against the el Khomri labor reform wreaked havoc for four months in France this spring. Savage attacks against the police and destruction of public and private property were minimized as “scuffles” caused by “unruly elements” on the fringes of 100% legitimate demonstrations. Scuffles? Two traffic policemen within in an inch of being burned alive in their torched patrol car, the seven huge plate glass windows of the Necker Children’s Hospital smashed, the Place de la République slopped and the Marianne statue defaced with disgusting graffiti…[1]

The Place de la République had finally been cleaned up when the demonstrators gathered at 2PM on the 4th of September. The portrait of Chaolin Zhang was projected on a giant screen, a small handful of elected officials were on the stage, including Valérie Pécresse, president of the Ile de France region, and Meriem Derkaoui, the Communist mayor of Aubervilliers. At 3 o’clock the procession began its slow march down the boulevard, protected by an impressive security detail of young men dressed in black, with sturdy black gloves, and armed with whistles. Volunteers on a refrigerated truck that lead the march jumped out at every stop to distribute t-shirts, bottles of water, and extra garbage bags that they hooked onto the municipal trash bins so there wouldn’t be any overflow. Everything was orderly, executed with precision: the demonstrators wearing white t-shirts with the slogan Tous contre l’insécurité [all together against insecurity] were grouped in phalanxes behind a large banner. They waved little French flags and repeated the slogans broadcast from the sound truck leading their phalanx. By 5 PM the procession stretched all the way from the République to the Bastille, with unfailing Asian politeness: no snarling hatred, no designation of the perpetrators, no calls for the head of any minister, no threats and no gore. Forcing their voices, overcoming their natural reserve, they shouted from the top of their lungs: la tranquillité [peace & quiet].

How about that! Peace & quiet. Let us work, earn money, set aside savings, create wealth, offer our children the best education. A few white hydrogen balloons with black writing float like letters to the nation: Liberté, égalité, fraternité / à quoi bon sans la sécurité [what are they worth without security]? Here and there signs painted with a handshake are raised high to denounce justice laxiste, violence gratuite [indulgent justice, gratuitous violence]. One of the “hands” is a gun. A tract—the only one I saw that afternoon—in full color on glossy paper drafted by the French-Chinese travel agents association [l’Association des Professionnels Chinois du Tourisme en France] in French on one side, Chinese on the other, warns: “Insecurity kills tourism .…The plunderers attack with sabers and bludgeons. Are we in the middle of the desert on the Silk Route? Not at all, we’re on the outskirts of Paris, a few leagues from the Elysée Palace …”

A reminder that the Chinese contingent in Paris includes residents but also tourists that are big spenders, compensating for the Japanese rebuffed by terrorist attacks, strikes, and other violent conflicts. Residents or tourists, the Chinese are in a phase of upward development. The children of modest Chinese immigrant businessmen, manufacturers, restaurant owners are French, often have French first names, and are bright students like so many Asians in the United States and elsewhere. This younger generation doesn’t accept being pushed around, hunted down, beaten up for no reason.

Security was maximum on that 4th of September, a bit cool and damp after a stretch of sizzling Indian summer days. All the side streets along the boulevard were blocked by police cars and metal barriers with at least four agents at every intersection inspecting bags. People who left the demonstration were asked to take off their STOP à la violence t-shirts. “So they won’t attract trouble for themselves in the street,” explains a riot policeman. “Aside from that, it’s very calm. The only thing is… they don’t march very fast.”  There won’t be any confrontation with unruly elements, no vandalism, no paving stones thrown at the police, no teargas. A bit boring, but restful in these troubled times.

L., Chinese from Cambodia, has been living in France since 1978. She’s been mugged three times in the past two years. She shows me her deformed thumb. She had tried to hold on to her handbag. “Twice they were Muslims, the last time they were Africans. I have a friend, they broke his knees. He’s handicapped now.”

Is it those profiles that explain the absence of antiracist associations? We might infer as much from the diplomatic response of Sacha Reingewirtz, president of the Jewish Student’s Union [UEJF], encountered with students from the movement waving their UEJF signboards. Reingewirtz says he saw “representatives of all the anti-racist organizations in the march, including the president of SOS Racisme. However, the fact that the organizers requested a certain uniformity in the demonstration and the message made the presence and visibility of the other associations a bit problematical.”

There were fifteen students in the UEJF contingent. “We rarely hear about anti-Asian racism so our members don’t have the reflex to mobilize for this cause. We hope this mobilization will raise awareness for the future.” The UEJF has made contact with Chinese organizations with prospects of working together in the future. “I think it is in the interest of all to build united coalitions, to speak with a stronger voice when we denounce prejudice and racism in our country. Most of the people we spoke to in the march told us that they were touched by the fact that the Jewish students had mobilized. They feel they are victims of prejudice connected to money, which is also the case for the Jewish community. It seems that they are quite sensitive to the question [of anti-Semitic attacks].”

I happened to be on rue du Temple two days later. Passing by one Chinese-owned shop after the other it seemed like I was still in the demonstration and, at the same time, walking a path that had been traced by a generation of Jewish manufacturers of costume jewelry, leather goods, gloves, scarves, hats, and bargain priced ladies fashion. The prewar Jewish presence is attested by the names of workers inscribed on a wall of the Jewish museum [Musée de l’art et de l’histoire du judaïsme] in a building that once housed sweatshops.

The protest march of exasperated Chinese deserves attention. Rarely cited as “a chance for France,” the Chinese immigration is an example of harmonious integration without rejection of the host country or loss of identity of the immigrant’s origins. Both the Chinese, whose immigration to France is recent, and the Jews whose presence goes back more than a thousand years, could be described as communautaristes [clannish]. Bilingual, multicultural, Buddhist or Zionist, they practice religious or exotic rituals and customs that are not the slightest threat to national cohesion. It is the hatred —circumstantial against Asians, genocidal against Jews and Christians—that wounds and kills.