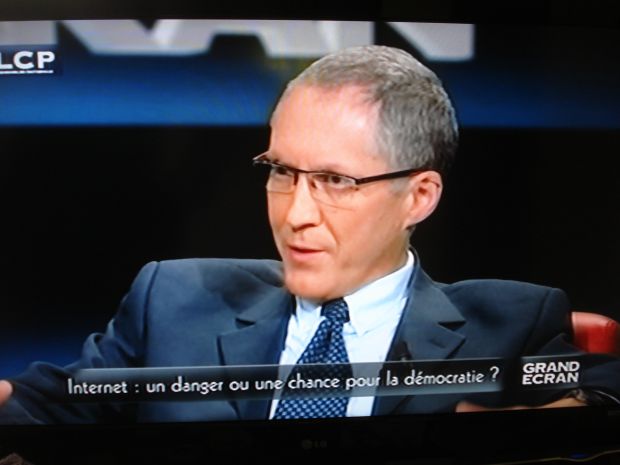 Marc Knobel is a Scholar of History and Director of Research at the CRIF (Conseil Représentatif des Institutions Juives de France) in Paris, France.

The Palestinian cause is emblematic in more ways than one, mobilizing a multiplicity of solidarities, passions and/or actions. Associations take action to support this cause, as well as maintaining multiple links and contacts among themselves. These groups are essentially on the left or extreme left of the political spectrum and mobilize anti-globalization and alternative issues activists. In addition, they provide constant encouragement to activists to heighten awareness in the media and public opinion. A variety of initiatives are used to achieve this, including recent calls to boycott products “made in Israel.” This document presents the elements necessary to understanding this sensitive issue and to analyzing these associations’ ideological goals, together with the Palestinian Authority.

Arabs and the boycott of Israel

Jewish products and manufactured goods are considered undesirable by Arab countries. All Arab institutions, organizations, businesses, commissioned agents and individuals are called on to “refuse to trade, distribute or consume Zionist products or manufactured goods.” The boycott, in the form it has taken since 1948, is composed of three facets. The primary boycott forbids direct trading between Israel and the Arab nations. The secondary boycott is directed against companies who do business with Israel. The tertiary boycott includes blacklists of companies who trade with Israel. The boycott’s goal is to hermetically isolate Israel from its neighbors and from the international community. However, marginalizing Israel is a capricious undertaking, and difficult to organize. We can note that one of the measures taken by the League of Arab States to oppose the existence of Israel was the creation of the Office of the Arab Boycott of Israel in Damascus in 1951, whose mission is to publish, twice a year, a list of Israeli and international companies to be targeted by the boycott.

In 1978, the U.S. Congress adopted a law making it possible to prosecute any company participating in a “boycott not imposed by the United States against a country friendly to the United States.” This legislation was in reality aimed at the Arab boycott of Israel. Two European countries adopted similar legislation, with little actual impact: France (in 1977, amended in 1981) and Germany (in 1990). A proposed law was also debated in the Netherlands in 1982, but was not enacted.

After the first Gulf War, the countries of the Gulf Cooperation Council offered to lift the boycott in exchange for a freeze on Israeli “colonization” of the Occupied Territories. In addition, the peace process begun in Madrid in 1991 had a considerable effect on the boycott’s application: Morocco, for example, developed a direct economic relationship with Israel, with trade amounting to a total of $100 million in 1993.

The Declaration of Principles, signed by Israel and the PLO in September 1993, further accentuated this trend: Qatar (a member of the GCC) began preliminary talks in January 1994 for an agreement worth more than $1 billion for the export of natural gas to Israel. As soon as the peace treaty between Jordan and Israel was signed in October 1994, the six countries of the Gulf Cooperation Council (Saudi Arabia, Kuwait, Qatar, Bahrain, Oman and the United Arab Emirates) announced their decision to no longer apply the secondary and tertiary levels of the boycott. In fact, these portions of the boycott were already largely ignored. In September of the same year, Morocco and Israel opened liaison offices in their respective capitals, causing Tunisia to follow suit.

More recently, the development of diplomatic relations between Israel and the governments of certain Arab countries has led to a strengthening of the boycott and the rise of grassroots anti-normalization movements organized by professional and student unions, in particular in Egypt and Jordan. In October 2009, representatives from 16 Arab states met in Damascus with the aim of reaffirming the economic boycott of Israel, which had been in place for several decades already, but in a weakened state.