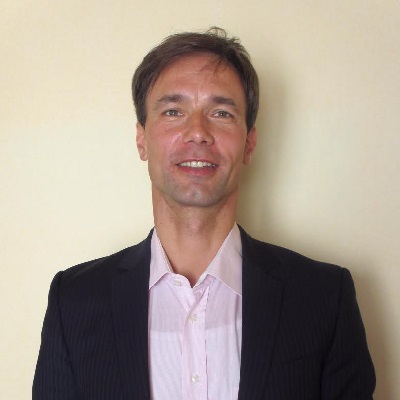 Today, few commentators deny the new wave of hatred against Jews in France. Indeed, many increasingly acknowledge that this is a global phenomenon. Assessing antisemitism in France is not only important for an evaluation of the threat for Jewish communities, but for French society in general. Moreover, the French case, in which this new wave of antisemitism is particularly visible and exposed, provides us with some important insights about the global antisemitic threat, despite some French particularities.[1]

What is the nature of this new antisemitism? Who are the perpetrators and what is their motivation?

The number of antisemitic incidents has risen sharply since the year 2000 and become more violent. Although Jews make up only a small minority in France (less than one percent), they were nevertheless the target of the majority of all registered racist and religious hate crimes in 2014, including hate crimes against Africans, Arabs, Roma and Muslims.[2] Additionally, Jews and Jewish institutions such as schools, shops and synagogues have been the target of Islamist terrorists. In the space of a few years, antisemitism has become a frequent occurrence for many French Jews. Indeed, two recent surveys concurrently found that almost half of French Jews have been victim of an antisemitic verbal assault at least once during the past twelve months and many have been physically attacked (eleven percent).[3]

Perpetrators come mainly from three distinct groups: Muslims, the far right, and the far left. Exact numbers are difficult to ascertain because many perpetrators are never identified. However, all indications reveal that those of Muslim background are currently the largest group of perpetrators[4] and have outstripped perpetrators of the far right. Some prominent figures, such as political activist and stand-up comedian Dieudonné Mbala Mbala, have succeeded in bringing all these groups together. This has not led, however, to popular, openly antisemitic organizations.

Large parts of the French population subscribe to stereotypes about Jewish power and wealth. As well, anti-Zionist views are common in the media, leading to widespread suspicion against Jews who are allied with this demonized country.[5] The majority of Frenchmen, however, also have positive views about Jews. Ninety percent believe that Jews are well integrated, seventy-one percent think that Jews have contributed considerably to French art and literature, and sixty percent feel that Judaism is part of French culture today. It is no surprise that antisemitic attitudes are particularly high among sympathizers of the far right party, Front National. Somewhat more surprising, however, is the fact that antisemitic attitudes are even more widespread among Muslims than among sympathizers of the far right.[6] The level of antisemitism among Muslims rises with the level of religiosity, a phenomenon observed in other countries, as well. The level of antisemitism among Muslims in European countries is between two and five times higher than in the general population.[7]

Why is this the case? Research has shown that neither discrimination nor the Israeli-Palestinian conflict is the decisive factor.[8] However, antisemitic interpretations of the Israeli-Palestinian conflict and respective media images (both in social and traditional media) impart a strong emotional dimension to already existing resentment, often related to the perception that “the Israelis” or “the Jews” intentionally kill innocent Palestinian children. This is essentially a modern version of the blood libel which has, since the 12th century, led to frequent outbreaks of antisemitic violence.[9] Hypotheses ascribing antisemitism in the Muslim population to discrimination or colonialism appear dated and do not reflect research results. Any one-dimensional explanation seems to be insufficient for an understanding of the sources of Muslim antisemitism in France and beyond. Some factors appear to be shared with non-Muslims (shown in widespread stereotypes of Jews being rich, etc.) and others are more specific to the Muslim population, such as particular perceptions of Islam and of the Muslim and Arab identity. These perceptions, related to the collective identity, often (but not necessarily) include animosity against “the Jews.” Some Muslims see “the Jews” as the eternal enemy of “the Muslims.” This might be an explanation for the undisputed norm of judeophobia that is found in some Muslim circles. These perceptions are fueled by Islamist propaganda which portrays Islam as under attack by Christians, Jews, and infidels. They are also fueled by conspiracy theories and by anti- Zionism which demonizes the Jewish state and places the Jew under permanent suspicion.

Other motives are characteristic of the far right, a party with a long history of involvement with fascist movements. Revisionist ideas about the Second World War and the Holocaust are widespread. Indeed, sixty-two percent of sympathizers of the Front National stated in 2014 that “the Jews today use their status as victims of the Nazi genocide during the Second World War for their own interest” (thirty-six percent in the general population). In the same survey, sympathizers of the French radical left agreed, more than any other group, (nineteen percent) that “the Jews are responsible for the current economic crisis.”[10]

Few experts have publicly spoken out against Muslim antisemitism, including international human rights organizations. The latest report on antisemitism in France by Human Rights First, for example, an organization that usually produces reliable reports on other matters, does not mention anti-Zionism and downplays Muslim antisemitism by distorting the survey results mentioned above. The report even implicitly justifies antisemitic violence by alleging that it has its root causes in discrimination against the perpetrators and in the secular policies of the French government.

However, the current French government appears to understand the threat of antisemitism. Manuel Valls, the French Prime Minister, should be lauded for his clear statement denouncing anti-Zionism as “an invitation to antisemitism” and also for addressing antisemitism among Muslims while being rightly careful not to portray all Muslims as antisemites. Some urgent measures against jihadist terrorism have been undertaken, including stationing ten thousand French soldiers at Jewish sites such as schools, synagogues, and kindergartens as well as other assumed potential targets, such as train stations, airports, and mosques. It remains to be seen if long-term approaches such as educational measures can reduce or contain antisemitism in the long run. In the interim, many French Jews have decided not to wait and see, but to leave the country. The large majority is staying in France – for now.

[1]    ISGAP and the French institute GSRL/CNRS initiated a series of seminars in Paris at the end of 2014 that has focused on contemporary antisemitism in France. I was the coordinator for the academic year 2014/15 and this paper is partly informed by the discussions with scholars who participated in these seminars, see https://isgap.org/seminar-series/gsrl-ephe-paris/#english. I would also like to thank Michelle Whiteman for her useful comments and suggestions.

[3]    47 and 45 percent, according to a survey by the Jean Jaures Foundation and Ipsos for the Fondation du Judaïsme Français, respectively, both published in 2016. The Ipsos survey found that 11 percent of French Jews were physically attacked during the previous 12 months.

[5]    25 percent of the French population stated in 2014 that “zionism is an international organization that tries to influence the world and society for the benefit of the Jews” and 23 percent believed that it is a racist ideology. Dominique Reynié, “L’antisémitisme dans l’opinion publique française. Nouveaux éclairages” (Paris, France: Fondapol, November 2014).

[7]    Günther Jikeli, “Antisemitic Attitudes among Muslims in Europe: A Survey Review,” ISGAP Occasional Paper Series (ed. by Charles A. Small) (New York: The Institute for the Study of Global Antisemitism and Policy (ISGAP), May 2015).

[9]    Emily M. Rose, The Murder of William of Norwich: The Origins of the Blood Libel in Medieval Europe, 1 edition (Oxford: Oxford University Press, 2015).