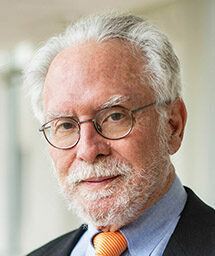 David Patterson holds the Hillel A. Feinberg Distinguished Chair in Holocaust Studies at the Ackerman Center for Holocaust Studies, University of Texas at Dallas. He is a commissioner on the Texas Holocaust and Genocide Commission, a Senior Research Fellow and member of the Executive Board of Academic Advisors for the Institute for the Study of Global Antisemitism and Policy (ISGAP), and a member of the Executive Board of the Annual Scholars’ Conference on the Holocaust and the Churches.

Numerous watchdog groups, both in the U.S. and abroad, have followed the dramatic rise in antisemitism.  Among them are the Louis Brandeis Center, the Anti-Defamation League, the U.S. Civil Rights Commission, the Middle East Media Research Institute (MEMRI), the Amcha Initiative, the Institute for the Study of Global Antisemitism and Policy (ISGAP), Great Britain’s Community Security Trust, and the French Fondapol Foundation, to name but a few.  From their research, as well as the work of others, it has been found, for example, that in the last week of December 2019, there were nine attacks on Jews in New York City, making a total of 214 in 2019.  In the United Kingdom, there were 892 antisemitic incidents in the first half of 2019.  The year 2018 saw 1,799 antisemitic incidents in Germany, along with 541 in France; subsequently, one-third of the Jews of Europe say that they are prepared to leave the continent.  Similarly, between 2015 and 2018, there were more than 2500 verbal or physical attacks on Jewish students across more than 400 college campuses in the U.S., with 1,879 incidents occurring in 2018 alone.

Antisemitic attitudes and attacks on Jews throughout the world come from a variety of different directions.  From Libya to Lebanon, from Iran to Indonesia, predominantly Muslim countries have widespread negative attitudes toward Jews.  In Eastern Europe, the increase in antisemitic language and incidents comes in the context of centuries of Christian antisemitism: from the Roman Catholics in Poland to the Orthodox Christians in Ukraine and Russia.  The intensification of antisemitic incidents in Western Europe comes from the far right, the far left, and the Muslim communities.  In a study published in 2014, the Fondapol Foundation reported that antisemitic attitudes in France could be found three times more frequently among Muslims than among non-Muslims.  In contrast, Jew-hatred from the far left and the far right converges in equal measure.

In the United States, extreme antisemitic rhetoric and violence have traditionally originated within white supremacist organizations such as Aryan Nations, National Vanguard, the European-American Unity and Rights Organization (EURO), the Ku Klux Klan, and others. The fact that such organizations remain largely on the fringes of US society does not mean that they should be underestimated.  Nevertheless, in its most recent audit of antisemitic incidents, the Anti-Defamation League (ADL) reports that, although 2019 saw a record number of antisemitic incidents, no more than 13 percent of those incidents were perpetrated by white supremacist groups.  At the same time, the ADL’s audit makes almost no mention of the influence of groups such as Students for Justice in Palestine (SJP), the Boycott, Divest and Sanctions (BDS) movement, or political Islamic movements within the United States.  Indeed, rather than examining political Islam (Islamism) as a potential source of antisemitism, the ADL puts “Islamophobia” in the same category as antisemitism.  This is despite the fact that antisemitic discourse, which is often clothed in the rhetoric of anti-Zionism, is especially prevalent in sectors of the U.S. Muslim community and on the far left and is much more widespread than in white supremacist propaganda.  While you can still find extreme antisemitic rhetoric among white supremacist, much more widespread, acceptable, and even fashionable is the antisemitic discourse and imagery disguised in the rhetoric of anti-Zionism.

In 2019, for example, the Middle East Media Research Institute (MEMRI) found Muslim incitement to Jew-hatred in 117 out of 120 mosques examined—a study ignored by the ADL.  Antisemitic attitudes among college students come primarily from organizations such as National Students for Justice in Palestine, which has more than 200 chapters on university campuses throughout the U.S.  The Amcha Initiative reports that since 2018, “expression demonizing and delegitimizing Israel,” for example, “increased by 32%, with expression accusing Israel or Zionism of ‘white supremacy’ more than doubling… Expression promoting or condoning terrorism against Israel increased by 67% during the past year.”

Another significant source of antisemitism on campuses, arising among both students and professors, is the Boycott, Divest, Sanction (BDS) movement.  Adopting a strategy of delegitimization and demonization of Israel, BDS couches its antisemitic rhetoric in the language of moral indignation over Israel’s “inhumanity.”  The ultimate aim of BDS, as stated by its founder Omar Barghouti, is not to change Israeli policy, but to destroy the Jewish state.  In a recent study conducted by the Amcha Initiative, it was found that an alarmingly growing number of professors use their classrooms to promote the BDS agenda.  “Academic BDS,” says Amcha, “is primarily a faculty-driven boycott, whose rise in prominence and popularity on campuses across the country is linked to the increased participation of faculty in the anti-Zionist rhetoric and behavior associated with it.”  For the most part, college professors identify with the left, including those who are proponents of BDS; there are very few professors who openly identify as white supremacists.  There are thus very many who promote the principle that anti-Zionism is not only acceptable, but it is morally required: if you wish to be counted among the politically righteous, you must be an anti-Zionist.

So this is the situation: Antisemitism is on the rise throughout the world.  It has become not only fashionable, but it is morally legitimate.  It finds expression, in words and deeds, calculated to incite Jew-hatred.  It has a broad range of religious, political, and cultural manifestations.  It increasingly wraps itself in moral indignation, particularly in its anti-Zionist mode, to create the illusion of legitimacy, as it delegitimizes Jewish existence.  In the end, the antisemite’s claim is not that all Jews are evil, but rather that all evil is Jewish.  The Jews have endured this hatred since ancient times.  And yet the questions linger: Why the Jews?  What is the antisemite anti-?  What is antisemitism?

We might begin by considering what it is not.  Antisemitism cannot be reduced to just another form of racism, xenophobia, or bigotry.  It does not stem merely from fear, envy, or resentment, even though such emotions are often in the mix.  Antisemites range from Democritus to St. John Chrysostom, from Martin Luther to Voltaire, from Adolf Eichmann to Louis Farrakhan, from Sayyid Qutb to Jeremy Corbyn.  They can be found in many different times and places, religions and cultures, ideologies and social classes.  The only thing that Tacitus has in common with Rashida Tlaib is Jew-hatred.  But who are the Jews that are the object of this hatred?

Once again, let’s start with what Jews are not.  The Jewish people are not a race, culture, or ethnic group.  One need only walk a block or two in the streets of Tel Aviv to determine that.  Even the Nazis’ definition of the Jew did not place the Jew in a strictly racial category.  One of the Nuremberg Laws enacted on September 15, 1935, was the Reich Citizenship Law.  Article 2, Section 2, of that law, stipulates that anyone who has “one or two” Jewish grandparents is a Jew of mixed blood, and that “full-blooded Jewish grandparents are those who belonged to the Jewish religious community,” that is, who were followers of Judaism.  Article 5, Section 2, states that anyone who converts to Judaism is also to be regarded as a Jew.

The key to the matter of who is a Jew is Judaism.  As the infamous Nazi ideologue Alfred Rosenberg insisted, humanity is poisoned not by Jewish blood, but by Judaism.  Whether a particular Jew is reformed, orthodox, or atheist, his or her identity as a Jew ultimately stems from Judaism, from the Covenant of Torah: without the Torah, there would be no Jews.  Here we begin to glimpse what the antisemite is anti-.

There is a scene in the 2013 film The Book Thief, in which Liesel, a little girl in Nazi Germany whose family is hiding a Jew, asks Max, the Jew, why “they” hate the Jews.  Max answers, “because we remind them of their humanity.”  But what are we reminded of when we are reminded of our humanity?  And why would we hate someone for reminding us?

In Jewish belief, simply stated, to be reminded of our humanity is to be reminded of our responsibility to and for the other human being.  Because the other human being is infinitely precious, our responsibility runs infinitely deep.  Indeed, the more we respond, the more responsible we become—hence the antisemitic stereotype of the Jews as the keepers of the ledgers of the world.  Reminding us of our humanity, the Jew allows us no sleep.

The Torah’s commandment repeated most often—thirty-six times—is the commandment to care for and to love the stranger k’mokha, “as yourself,” where k’mokha means “that is who you are”: you are the loving in the loving-kindness with which you treat the stranger.  We don’t need to be reminded so much that we should love our neighbor, the one who looks like us and thinks like us.  But the stranger?  The one who looks different, the nonbeliever, the one who is so alien to everything we know, the one so unlike us?  In that case, we need to be reminded over and over.  And the Jew reminds us.  The Jew declares to us: you are your love for the stranger, you are your treatment of the one who rejects your religion and your politics, who is not part of your social class or culture.

The other human being, no matter how “strange,” is a ben adam—a child of Adam.  Why does God begin the creation of humanity with just one human being, and not two?  Say the sages: so that no one can say to another, “my side of the family is better than your side of the family.”  There is only one side of the family, and we are a family, with all the ethical demands that come with it.  There can be no teaching more anti-racist.  The Nazis and their ilk are not antisemites because they are racists; rather, they are racists because they are antisemites.  They have to first eliminate this fundamental teaching of Judaism in order to arrive at a racist outlook.

Whether in Poway or Paris, Toronto or Tehran, Mississippi or Mosque Maryam, Jew-hatred is fueled by the need to eliminate God as the divine Judge, and the need to deny our responsibility to our fellow human being.  Each of us, Judaism teaches, bears a portion of the soul of the Messiah.  In Christian terms, each of us is called to the cross, for the sake of all humanity.

Thus, we understand something of why the antisemites would hate the Jews for reminding them of their humanity.  We understand why what begins with the Jews does not end with the Jews, as the teaching that defines who the Jews are implicates every child of Adam.  And we understand why Elie Wiesel affirmed that there comes a time when one cannot be a human being without assuming the Jewish condition.  For the Jewish condition is not the condition of the victim—no, it is the condition of the witness.  It is the situation of the one who answers, “Hineni!—Here I am for you!” when confronted with the questions that define us from before the beginning: Where are you?  Where is your brother?  And what have you done?  These are the questions that comprise the Jewish Question, for which the antisemite, then and now, seeks a Final Solution.