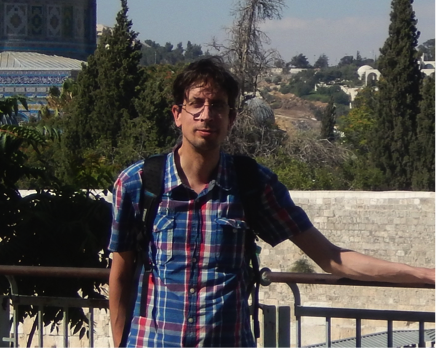 Despite its strategic location in Central Europe, the Czech Republic remains nearly untouched by the Refugee Wave. In Autumn 2015, when the wave started to culminate in Germany, the Czech Republic had more asylum seekers from Cuba than from Syria. Despite this fact, the Czechs read the news on the Refugee Crisis and the Paris Attacks and, having no direct experience with Muslims themselves, looked to the growing number of refugees with concern.[i] In reaction to the refugee quotas discussed in Autumn 2015 and the terrorist attacks in Paris on November 13, 2015, nativism and defensive nationalism, tainted with conspiracy theories, started to appear not only in the discourse of radical parties, but even in the vocabulary of mainstream political leaders. The Czech president Miloš Zeman himself shared a stage with the main representative of the leading anti-Muslim movement on November 17, 2015. In January 2016, he spoke about “migration organized by the Muslim brotherhood”.[ii]

The atmosphere of fear provided a strong boost to the right-wing “Euro-sceptic” circles, whose radical fringe merges with antisemitic movements. Nevertheless, Islam was not the main topic for the Czech far-right scene until mid-2015. There were not so many Muslims in the country and the “pariahs” of the Czech society were the Romanis, not Muslims. Moreover, neo-Nazis have very ambivalent feelings about Islam. On the one hand, they do feel some admiration for the authenticity of the Muslim culture, its family values, opposition to Israel and to what they see as Western consumerism.[iii] On the other hand, the very same value of authenticity becomes a problem, once a non-Aryan Muslim crosses the European border. Vice chairman of the neo-Nazi Workers’ Party put it clearly that his movement “does reject the organized mass migration to Europe, not out of hatred against anything Islamic, but out of fears about the preservation of our own identity.”[iv] Another, non neo-Nazi yet antisemitic, voice was even more explicit: “Islam is not a problem on a territory connected with Islam, it is a problem only on our territory.”[v]

The antisemitic far-right explains the Muslim refugee influx as an “organized import” planned by the almighty New World Order, which can be further elaborated as either American conspiracy or Jewish conspiracy. The Jews are depicted as directly responsible for the migration wave either by causing the war in Syria and Iraq, by creating ISIS, or by organizing the import of migrants to Europe for purposes or motives on which the antisemitic scene has not yet managed to agree upon. Videos of brutal decapitations by ISIS are considered fakes filmed somewhere in the Californian desert.[vi] Immigration is described as a “strategic weapon“[vii] of the American Jewish NGOs and as for the ISIS itself, it is considered to be “a project of a secret group of Obama’s advisors”.[viii]

The alleged conspirators are said to be led by two main goals: 1. To destroy European racial identity and, 2. To invoke more support for Israel. Leaders of the antisemitic movements talk about a systematic plan to “destroy White Europe”, allegedly hatched “a century ago”.[ix] The neo-Nazi website Svobodný odpor, wrote about the refugee wave: “It is nothing accidental. It is a long prepared operation with an aim to liquidate Christianity, to liquidate nation state, to liquidate nations and to create a single European nation. The Mordor was thinking for a long time, how to do it, to make the whites give up their states and nations and start considering themselves only Europeans.”[x] The Czech antisemites follow and translate foreign voices that speak in a similar fashion, including David Duke’s claims that the State of Israel wishes to dissolve European identity through forced migration.[xi] Among these popular foreign voices, one can find Russian neo-Nazi intellectual Valeriy Piyakin, who is not afraid to go back thousands of years in history to explain the sources of the alleged Jewish conspiracy to destroy Christianity through migration.[xii]

The Czech far-right scene has become very competitive in the last few years. There are approximately a dozen political parties and smaller movements who seek to utilize the mobilizing potential of the migration crisis, but they target the same electorate of limited size. In the fights and quarrels between the various far-right movements, antisemitic conspiracy theories are used to attack one another.[xiii] When the Facebook page Islám v ČR nechceme (“We Do Not Want Islam in Czechia”), which could be described as “Czech Pegida”, turned into an organized political movement, threatening to take over the electorate of the existing far-right movements, it was attacked for being a “Zionist tool” that allegedly attempts to hijack the topic of migration from the “true” right-wing opposition for the Zionist purposes. Vice chairman of the neo-Nazi Workers’ Party wrote about the leader of this “Czech Pegida”, Martin Konvička, that “he remains in the service of that very System, which rules the world with money and which bears responsibility for the present day mass migration. In short, Konvička belongs to the ranks of the Zionist movement. Even the System needs thugs, who will divert the attention from the real problems.”[xiv] In his attack on Islám v ČR nechceme, the Neo-Nazi historian and holocaust denier, Lukáš Beer wrote that “If you speak only about the threat of radical Islam, you are not far from the Wailing Wall”[xv] and accompanied his article with a picture that connects the leader of “Islám v ČR nechceme” to a stereotypical image of ultra-orthodox Jews at the Western Wall.

All these examples could be easily discarded as strange, isolated voices, if there was not an international dimension to this issue as well. These voices are not limited to the Czech Republic and they have certainly not originated there. Some of these conspiracy theories are in fact funneled to the Czech Republic from foreign sources, namely pro-Russian “alternative” websites like “Aeronet”,[xvi] “Freeglobe”,[xvii] “AC24”,[xviii] “Czech Free Press”,[xix] “Sputnik”,[xx] “Protiproud”,[xxi] “Outsidermedia”[xxii] etc. In recent years, Czech security services have been issuing repeated warnings against the activity of Russian propaganda that seeks to undermine the stability and unity of NATO countries by portraying Western democracies as weak, unstable or morally vacuous.[xxiii] Even the United States has recently opened an investigation, worried that there might be direct Russian support for the European far-right parties.[xxiv] After all, symbols of Russian nationalism like the St. George’s ribbons and flags of the so-called “Novorossia”[xxv] are a common sight at anti-Immigration rallies, accompanied by anti-American banners and slogans referring to “NWO” (New World Order). Antisemitic books are sold to the participants of these anti-Muslim gatherings, such as in Prague, 18 July 2015 or Pilsen, 5 September 2015 – both organized by the pro-Russian, antisemitic political party National Democracy. And while none of the books dealt with Islam, all of them dealt or promised to deal with the Jews.[xxvi]

In the end, the Jews are being blamed for both “Islamization” (by allegedly inciting the migration to Europe) and “Islamophobia” (by allegedly misusing the anti-Muslim rhetoric to invoke support for Israel). And again, it is not about the Jews themselves – it is about antisemitism as a tool of totalitarian political propaganda. One might look at the Refugee Crisis as just another human catastrophe for which the Jews are being blamed. Immigration is the pretext, Western democracies are the target, Jews are to become the scapegoats. We have spent a lot of time recently talking the “new antisemitism”, but let us not consider the “old” one to be dead. This “old” antisemitism of Protocols and Judeo-Masonic conspiracy theories lives on and begs our attention again.

[iii]    See the articles on Islam at the most influential Czech neo-Nazi website Deliandiver.org: [online], available at: http://deliandiver.org/?s=islám&x=0&y=0 [verified on 5 December 2015].

[xxvi]   Among the books, one could find titles such as: “Circumsized Republic“ by Adam Bartoš (a pamphlet that explains creation of Czechoslovakia as part of Jewish conspiracy), Czech translation of “Lectures on the Holocaust” by Germar Rudolf, or Traian Romanescu’s “Master’s and Slaves of the 20th Century”.