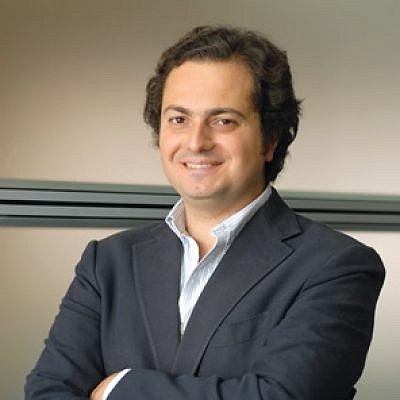 Nuno Wahnon Martins is a European Union Affairs Consultant and Member of the Board of the Istituto Milton Friedman Institute.

On April 25th, 1974, a military coup overthrew a dictatorship of 40 years and established the first free elections, leading to a democratic regime that effectively started with the 1976 Portuguese Constitution. The coup became known as the Carnation Revolution because of the flowers people gave to the military personnel on that specific day. This Revolution was ignited by a group of captains in the Portuguese army who wanted to end the Colonial Wars in Africa. They are known as the Revolutionary Captains. One of these captains, who became the spokesperson of the Revolution Council, Rodrigo Sousa e Castro, is today a retired colonel of the Portuguese army, living under the image of his past as a champion of the Portuguese democracy.

At the beginning of February 2021, the colonel, who had once ushered in democracy, tweeted, “As Jews control world finance, it is not surprising that Israel got the vaccine first.” While this was the tweet that triggered serious concerns regarding antisemitism, his subsequent tweets not only reinforced his deliberately provocative antisemitic statement but even evolved into something worryingly deeper. This sequence of tweets has provoked a chorus of protests from the Jewish Community and several government authorities. Below, you will find my article to the Jornal Observador, criticizing the colonel.

An antisemitic motivation and its institutional implications

Social networks allow users to express their passions fully. Facebook is the stage for idealistic views of ways of life, while Twitter allows everyone to express their souls’ passions in 280 characters. I confess that I am a frequent user of these social networks, where I see the exposed states of mind in relation to all kinds of political opinions.

It was in one of those moments of analysis of my page that I came across a tweet from a Revolutionary Captain, Rodrigo de Sousa e Castro, where he stated that “the Jews, as they dominate the world finance, bought and have the vaccines they wanted.” Having received critical comments at the time, the captain attributed these criticisms to “Zionist bulldogs,” adding that he had not mentioned Jews, but Zionists. The captain further claims that he was not an antisemite, for he in fact has Jewish family and friends and therefore could not possibly belong to this group.

These statements are not new. The sentiments will not end the controversial Sousa e Castro’s career and do not deserve a historical treatise on antisemitism, especially that of the left, the political family the gentleman identifies with. It does, however, deserve a couple of notes on several aspects related to his statements.

The first note is about the responsibility of being a Revolutionary Captain. To have been one of the players of the Revolution does not bring rights to the captain, but a list of responsibilities. Take the example of English captain Tom Moore – who recently died at the age of 100 – and the role he had in raising funds to fight COVID-19. What did Sousa Castro do? He pulled the trigger on Twitter, provoking everything and everyone, because as a Revolutionary Captain, he has rights and, when he is not attending to his bees [this is the captain’s hobby, as he likes to express in his Twitter account], he is a fierce analyst of the Portuguese and international political situation.

The second note is related to the honorary orders the captain has received from the Portuguese Republic. Again, these orders bear responsibility. They are not just for a showcase in the living room at home. In my view, the statements justify a review of the orders the captain has received. The April Revolution was not made for this. Finally, in a statement of profound ignorance of geopolitical realities, Sousa e Castro goes on to state that the State of Israel is responsible for denying vaccines to the Palestinians. Once again, the captain’s ignorance and bad faith are easily deconstructed. The Palestinians have a government – which remains in power without elections – and under the Oslo Accords, its members are responsible for health care for the Palestinians, including the vaccine purchase strategy and the vaccination plan of the people. I am well aware that for Sousa Castro, Palestinians should only have rights and bear no duties. As I do not follow what goes on in the minds of Palestinian leaders, I can just say that everyone in Israel, without exception, is part of the vaccination plan. Left-wing antisemitism did not begin, nor end, with Jeremy Corbyn. The great controversy of the definition of antisemitism published by the International Holocaust Remembrance Alliance (IHRA) exists because, in its examples, IHRA considers when the State of Israel, or Israelis, are accused of being Nazis or of participating in any imaginary conspiracy, to be antisemitic. While this definition is not legally binding, it does have the moral fortitude to call things by its name. Sousa Castro’s motivation and words are clearly antisemitic. There is no difference between an American Republican Congresswoman who says the Rothschilds created a laser to set California on fire or a Revolutionary Captain who says that Jews, because they dominate world finances, are the first to be vaccinated. Both deserve to be criticized and held accountable, not only for the statements they made but for the role they play. Freedom of expression is a fundamental right of our democracies, but if we are to truly preserve those same democratic values, we must be aware that the statements we make or write have consequences. If not, it does not seem to me that April had any influence on the ideas of this captain.