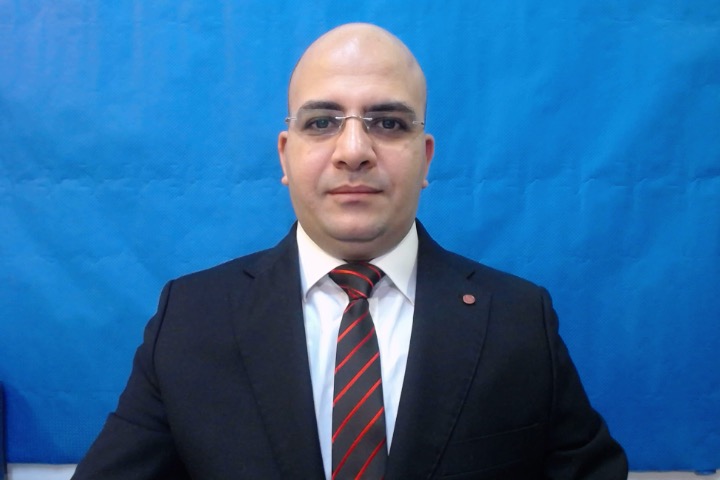 Ramy Aziz is an Egyptian writer and political analyst of Middle Eastern affairs, working on his doctoral degree at La Sapienza University of Rome. His research focuses on the emergence and development of political Islam in Europe.

Antisemitism is one of the most lethal diseases of hatred that has ever faced humanity; it led to the Holocaust, a horrific and premeditated tragedy of human history, which resulted in the murder of millions of innocent lives and erased thousands of towns and villages from the map. Yet, despite centuries of antisemitism, this genocidal ideology still exists today. In fact, it is increasing at alarming rates, both in the East and in the West. In fact, antisemitism has become one of the most common tools used by political Islamist terror groups as a way of gaining sympathy and support, spreading extremism, and recruiting new members. This process is carried out using different methods, depending on the receiving audience. As demonstrated below, terrorist groups market extremist ideologies differently in the East and in the West.

In the West, specifically in Europe, terrorists and extremist groups, such as the Muslim Brotherhood, Hezbollah, and Hamas — a designated terrorist organization according to the European Court of Justice[1]— are working under the cover of non-governmental organizations (NGOs) and student unions, thereby engaging in clear and severe violations of European laws, while simultaneously taking advantage of European freedom and democracy. These extremist groups exploit their presence in universities and other social and political circles to promote lies, falsify facts, and present a distorted narrative of the ongoing conflict between Israel and terror organizations. They solicit empathy by using the rhetoric of “resistance” in order to gain the support of young people and the European community, who remain unaware of the nuances and context of the Arab-Israeli conflict or the destructive role of terrorist organizations in the Middle East.

These terrorist groups cooperate with other factions of political Islam that have been gaining traction in Europe in order to organize events that urge Europeans to put pressure on their governments and parliamentary and economic institutions to boycott Israel. They use speech that is loaded with hatred and violence against the Jews, presenting an outrageous picture of antisemitism in Europe, the continent that bore witness to one of the most terrible crimes in human history.

Today, antisemitism in Europe has reached dangerous levels, enabling prominent European politicians, such as Jeremy Corbyn, the leader of the British Labour Party, to call for removing terror organizations, including Hamas and Hezbollah, which he calls ”friends,”[2] from both the British and European lists of terrorist organizations. This shows how many young Europeans and politicians have moved to support terrorism from the gateway of antisemitism, which remains deeply rooted in European societies until today.

In the East, terrorist and extremist groups, such as Hamas, Hezbollah, the Muslim Brotherhood, and others, depend on the principle of Jihad against the Jews and the restoration of the Al-Aqsa Mosque to recruit Muslim youth and use them to carry out various terrorist activities. To perform this task, these groups use religious texts and interpretations, which present Jews as the enemy of Islam and promote the idea that God has ordered Muslims to kill Jews “wherever you may find them.”[3]

Extremist Islamic currents are competing to use antisemitism and the fight against the Jews as a way of gaining legitimacy and attracting the largest number of supporters and fighters to their ranks. The Muslim Brotherhood has used this ideology since its establishment, as is evident in many of the organization’s writings, most notably in Muslim Brotherhood leader Sayyid Qutb’s book, Our Battle with the Jews.[4] Hamas also uses antisemitic propaganda, based on the same doctrinal interpretations, in order to raise funds to execute terrorist operations, under the banner of Jihad against the Jews, while also attempting to gain support in an effort to displace Fatah, its main political rival.

Moreover, the terrorist groups supported by Iran, including Hezbollah and Houthis, are using chants, such as “Death to Israel”[5] and “Victory for Islam.”[6] Even the Islamic State, used the same approach when they called its branch in Egyptian Sinai “Ansar Bayt Al-Maqdes – Supporters of Jerusalem,” in order to market itself as the organization that is most capable of Jihad and implementing God’s orders of eliminating the Jews.

Nevertheless, we cannot ignore the responsibility of the ruling regimes in the region, which claim that they are fighting terrorism, while at the same time educational curriculum are filled with Hadiths and religious sayings that promote antisemitism and reject the “other.” Claiming to fight terrorism while inciting violence against the Jews is incompatible. In fact, it seems that such a system is simply pushing youth into the arms of terrorists, who promote an ideology that is entirely compatible with what is being taught in schools and government curriculum.

It is therefore of utmost importance that Eastern and Western governments and societies understand that fighting antisemitism and its dangerous ideology is a crucial part of fighting terrorism.

To read this article in German please click here.

[3] The Middle East Media Research Institute, “Hamas Official Mahmoud Al-Zahhar: The Quran Tells Us to Drive the Jews Out of Palestine in Its Entirety,” March 7, 2017.

[4] Bassam Tibi, “From Sayyid Qutb to Hamas: The Middle East Conflict and the Islamization of Antisemitism,” edited by Charles Asher Small, The Yale Initiative for the Interdisciplinary Study of Antisemitism Working Paper Series, New Haven, Connecticut, 2010.