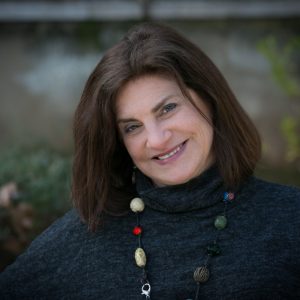 Jennifer Roskies is Director-General of the Jerusalem Center for Public Affairs. 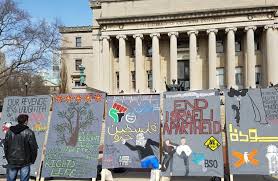 Last week Columbia University’s students passed a referendum that recommends that the university divests from all financial activities with Israel. According to the student group Columbia University Apartheid Divest (CUAD), this student led directive falls under the United Nations International Convention on the Suppression and Punishment of the Crime of Apartheid. Jennifer Roskies, in this important article, examines the falsehoods and contradictions of the discourse now accepted at Columbia University.

“A Jewish Argument for Divestment,” the recent opinion piece in the Columbia Spectator (Sept. 23, 2020), is distressing on two counts. First, that it was penned by two Jewish Columbia University students, who take pride in their “dramatic unlearning” of “dogma” they received to support the State of Israel as youngsters. Along with glaring historical distortions, the two undergraduates unleash vile accusations against the Jewish state, including that of ethnic cleansing – an accusation as obscene as it is absurd to any educated ear.

The second disturbing point is that their views appear, not on the website of a group whose documented ties to terror and radical Islamist bodies leave no doubt as to their questionable accuracy (organizations such as Students for Justice in Palestine or Jewish Voices for Peace come to mind), but in the Columbia Spectator. The paper is the official student mouthpiece of an Ivy League university – the same Columbia University whose student body voted overwhelmingly yesterday (61% to 27%, 11% abstaining) “to recommend that the University should divest from companies profiting from or otherwise supporting Israeli policy toward the Palestinian people.” That a claim so outrageous, leading to such a vote, could be vetted and published in a respectable venue is an indication of the traction and influence it has gained through rote repetition, which has not been effectively combatted.

At this time of year, Jews the world over engage in soul-searching. Just as each of us examines where we have fallen short in our relationships with God and with one another, this article in the Spectator and too many others like it call us to improve our tactics and long-range strategy to combat a false charge as abhorrent as ethnic cleansing.

This is not the first instance when Jewish and Israeli institutions have fallen short in attempts to defend Israel and the Jewish people from distorted and libelous charges, their failures leaving both Israel and Jews dangerously exposed. To mention only a few examples:

A Failure of Imagination

The above examples may well trigger the impulse to beat our chests in contrition. But do they really point to gross dereliction of duty on the part of the Jewish world and the individuals devoting their energies to Israel’s welfare? To the contrary.

In most cases, given the historical context and without the benefit of hindsight, the worst one can fault Jewish and Israeli bodies is for “a failure of imagination.”

These organizations’ Achilles heel generally stemmed from their very goodness and humanity. Too busy building a country, absorbing immigrant refugees, confronting existential threats and momentous challenges, who among us could even dream up the accusations concocted by our enemies? Many of them, in fact, were projections of their own acts and intentions for the Jewish state.

Take ethnic cleansing, for example. We recall the photographs documenting the Jews driven from the Jewish Quarter of Jerusalem’s Old City by the Arab Legion, their home for centuries, with Jews forbidden to even set foot or visit Jewish holy sites until the city’s reunification in 1967. This act of textbook ethnic cleansing does not square with equivalent claims directed at the State of Israel, where Arabs today comprise over 20% of the population, or with the disputed territories of Judea, Samaria, and Gaza’s dramatic drop in infant mortality and increased life expectancy since Israel’s presence in 1967.

Like other adversaries of Israel’s over the years, the article’s authors disregard actual incidents of ethnic cleansing and focus allegations on Israel. The term itself was first used in the Balkans as recently as the 1990s during the Serbian campaign to remove ethnic minorities from their territory. Nor did the authors mention the forced ethnic cleansing of Arab Sunnis from Syria by Iranian-backed Shia militias – still ongoing.

Consider the irony: The Columbia Spectator article appeared just as the UAE and more and more voices in the Sunni Arab world formally and publicly recognize the Jews as a people with a historical connection and indigenous presence in the land of Israel. With our neighbors now accepting a truth they had long denied, this welcome paradigm shift must be matched with concerted efforts to extend this grasp of truth – even to North American university campus publications.

Several approaches employed here at the Jerusalem Center for Public Affairs have met with encouraging degrees of success in changing the conversation. For example, the Palestinian Authority now pays a heavy price for its policy of encouraging terror through paying imprisoned terrorists or their families. While they have not changed their policy to date, aggressively-targeted publicity of our study Incentivizing Terrorism: Palestinian Authority Allocations to Terrorists and their Families has changed the playing field.

Likewise, more and more African voices have denounced the Israel-is-Apartheid libel as an insult to victims of actual apartheid. In the Islamophobia and the West: The Hijacking of Civil Discourse on Israel and How to Rescue It project, survivors of that disgraced era vouch for the lie of that libel.

An effective counter-attack to anti-Israel charges of ethnic cleansing would do well to forcefully utilize the same combination of strategically-targeted communications – featuring thorough research and first-person accounts from survivors of actual ethnic cleansing. Ultimately, editorial boards everywhere, and those who read their publications, will understand that such false charges merit no further oxygen or space.

This article first appeared on the Jerusalem Center for Public Affairs website.