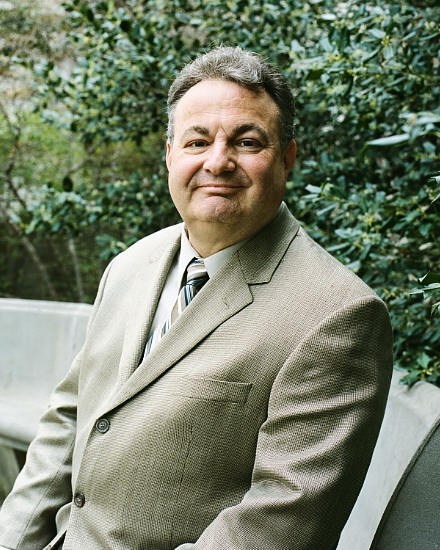 German topics rarely make it into American cable news. Recently, however, a leading TV show put Chancellor Angela Merkel into the category of “villain of the week.” The reason given: she allowed an invasion of mostly young men from Arab and North African lands into Germany. Assaults during the Cologne New Year’s Eve celebrations seem to prove the “invasion” thesis and run counter to Merkel’s open-door asylum policy of welcoming refugees from the Syrian war.

What happened that New Year’s Eve night on Cologne’s square in front of the railway station? According to the police report, mobs of 1,000 mainly migrant men of Arab or North-African origin went on an hours-long rampage. They sexually assaulted women as well as, or in addition to, robbing them. About 150 policemen were overwhelmed and unable to get reinforcements. Similar incidents occurred in Berlin, Hamburg and Stuttgart. For four days media did not report these events at all, while others played them down or distorted the picture. The outcry was all the louder as it became known that the January 7 Paris police station attacker lived in a refugee home in Germany, and that among the previous migrants were two jihadists who killed 130 people and injured hundreds more on November 13 attacks in Paris. In France the attackers displayed also motives of Jew-hatred as it was recently on the anniversary of the assault on “Charlie Hebdo“. All of this fueled criticism of Chancellor Merkel’s liberal stance towards the war refugees.

Berlin had made everything look so harmless. The interior minister claimed there were no signs of terrorist ties in the influx. The media often showed only families, while 70 percent of the arrivals among the half a million came from Syria, and the other half a million from Afghanistan, Iraq, Albania, Kosovo, Algeria and Morocco, were in fact young single men. The government painted too rosy a picture to fit Merkel’s emotional plea: “We can do it.” But by Christmas, 72 percent of her own party already favored an immigration cap. Merkel was in denial and left key questions open: how many family members will be permitted to follow? Will the states be expected to pay support for up to four legally married Muslim wives? And will those future citizens display the usual hostility against others such as Jews in Germany?

Merkel warned against the rising tide of Jew-hatred at pro-Palestinian rallies. Their goal is to turn Jews into outsiders, she explained to a large crowd at the Brandenburg Gate. No, Jews are here at home, she stressed, and some try to disguise their hatred behind criticism of Israel. This hybrid Jew-hatred appears as a mixture of traditional anti-Semitism, anti-Zionism, but it is now empowered by the mass influx. This fusion is already tied to leftist approaches that favor Islamists, their critique of “imperialist globalization”, and attempts to boycott Israel. They justify ”lone-wolf” stabbings, glorify terror and revive the axis of Nazis and Islamists.

Although Germany became at the Millennium an official immigration country, last year’s 1.1 million immigrants exhausted an inexperienced leadership and administration. After all the baggage of the Berlin’s past, Angela Merkel wanted to show the world the “good Germans.” Indeed, as she sounded her welcome in September, volunteers greeted the arriving masses. Not many still do, yet volunteers continue to do a great job. What is more, after the shock of Cologne, members of her voting bloc are aboard a sinking ship; though nobody has yet called for a moratorium, only to “noticeably reduce” the arrivals. Over 500 criminal complaints against assailants have been filed. Finally, Berlin agreed to lower the legal barrier to fast expel them.

Angela Merkel demanded that the perpetrators be punished and asked if there is “a kind of contempt for women.” She had formerly raised questions about Islamism and had defined it. She recognized that knowledge about Islam is lacking. Well, the Arab Human Development Report stresses that one half of all women are illiterate (males one third), that labor participation is one third (globally two thirds) and that there is still a dominant patriarchal, tribal male culture with men “having the right” to disposal over a woman’s body, to supervision of it, use of it, for concealment and punishment of it. Merkel admitted of having no control, yet she imports this culture by an influx of young men, leading to clashes of civilizations. No integration in sight.

As tensions heighten over how to punish or expel assailants and how to distribute the others among the states, questions emerge anew, in the wake of a long series of criticisms, about the quality of administrative decisions. Why did Berlin not anticipate the real and social costs of integration? Are the benefits from substantial immigrations really higher than the costs, and if so, why only after ten years? How can migrants and Germans manage the cultural gaps? In 25 years will there be as many persons with a migration past as there are native citizens? What are the next key conflicts in the social fabric that should tie everyone together through the shared values enshrined in the constitution? What if “Islamostans” emerge out of partial no-go-areas with Sharia law?

It is not the first time that disputes have arisen. From 1960 to 1974, West Germany invited “guest workers.” For a joint past, many came from Turkey. Most appear to be integrated. A few turned against democratic values, and some of their children or grandchildren have been attracted by the lure of the “Islamic State.” These are uncharted waters. Ex-politician Thilo Sarrazin denounced multi-culturalism in his book “Germany Abolishes Itself,” which sold 1.5 million copies. He was put into the right wing corner. Except for questionable points, many of his insights are still valid and the key problems of integration have not been solved yet.

East Germany, where Angela Merkel grew up, had no similar experiences on a large scale. Sure, there were a few thousand students and workers from countries in Africa or from North Vietnam. But behind the Iron Curtain and the Berlin Wall, it was a closed society. She herself never lived for any length of time abroad. Despite being Chancellor for ten years, and having travelled a lot, she did not experience Middle Eastern cultures from a more realistic viewpoint. Of course, she is familiar with Israeli-Arab disputes and encouraged Jewish life in Germany. But what new consequences and conflicts of her migration policy will grow, remains to be seen.

While declaring multi-culturalism a failed approach, she did not offer a new vision or listen to calls for national studies on Islam and integration or to an agenda of anti-Islamism. Furious citizens against the Islamization of Europe, also known as PEGIDA, push to fill those gaps. Not all of them love the naïve humanists. If Angela Merkel does not seek sound advice and clarification of key issues, if she does not limit the influx, her days in office are numbered.

Above all, she needs a democratic legitimization of immigration politics, national discussions and soundly based perspectives on how a strictly limited and well guided asylum policy can be steered to ensure social cohesion and security. Every asylum seeker bears a heavy burden of growing up under the stress of war, and non-democratic traditions. They bring also chances. But how to cope with it? If suitably tackled, it will not be an invasion, rather a risky rescue in a trans-regional emergency. If done well, Merkel might still have a chance to advance to the “hero of the week.”