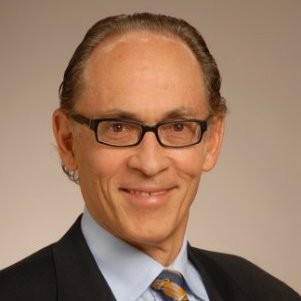 Toronto-based Community Leader, Writer and Member of the ISGAP Board of Advisors.

The single most significant and positive event in recent Jewish history, rivaling the Exodus from Israel, and the long-ago kingdom of the Jews, was the creation of the state of Israel.  The miracle which has followed its creation has been its survival.

The very existence of a Jewish state, topped with the fact that it is successful and mighty (both militarily and economically), becomes collectively a notable hurdle for the Jew-haters of the world. Often aided and abetted by well-meaning Zionists who focus on the state’s imperfections, as opposed to its successes in the face of so many challenges, Israel has become a global target.  That is why, for example, there is such a furor over the adoption of the IHRA definition.

The IHRA definition of antisemitism serves as a significant barrier to those same antagonists.  The world loves to hate its Jews and its one Jewish state, and it reacts with aggression, anger, and frustration at a definition that would limit their ability to flail away at one of the modern miracles of nation-states.

I believe that Israel has its imperfections, even as I believe in its greatness.  I also wholeheartedly believe that those within the state – whether Jewish, Arab, or Christian – have the collective ability to define and ultimately solve the challenges the state faces today and will continue to face tomorrow.  I am prepared to allow those citizens to figure out the best ways to solve those problems and deal with those challenges along the way, as they are the ones who will have to invest in and live with the outcomes of those decisions.  Furthermore, while Israel’s democratic practices are decidedly convoluted, it is not alone in the world of democratic states in its imperfections.  While democracy in and of itself remains imperfect, it serves as the best option for those who desire freedom and an honest voice in their immediate and more extended world.

When considering attacks on Israel, the Jew of the Nations, consider what has happened in human history to the Jewish people when there was no Jewish state.  The renowned Israeli author Amoz Oz understood that well.  The Jews of the world need Israel, and the international community benefits from there being an Israel because of all that the Jewish state creates for the world.  The only Jewish state also serves as a reminder that a People can be attacked for centuries, decimated time and time again, and still survive, and indeed thrive, where the human will to do so is present. External interference, so long the watchword of the Israel-and Jew-haters of the world, is simply a watchword for negatively impacting the Jewish state.  You want to do good in the world? Focus on where there is the most evil, whether it be a coup in Myanmar, the barbarity of the singularly focused Chinese Communist Party (which cares not a whit for individuals’ rights outside the party faithful), or the corruption and hatred of the leaders of the Palestinian Authority and Hamas, and the list goes on.

Below, the excerpt from A Tale of Love and Darkness, a memoir by Amos Oz, captures all you need to know about Zionism.  The piece moved me and reminded me of the approach I take to respond to Israel’s imperfections: to have faith in its citizens and allow those same citizens to generate appropriate outcomes within suitable timelines.  What follows is an eloquent piece of writing, the impact of which for any Jew, as well as many non-Jews, is likely to be significant.  Unforgettable.  Powerful.

In this section, Oz writes about the night of the UN vote on partition. In Israel, the vote took place very late at night. When the resolution calling for the creation of a Jewish state and a Palestinian state was adopted, the Jews in Palestine/Israel erupted in celebration. Oz describes the celebration, which occurred when he was about ten years old. At around three in the morning, he went to bed, and his father crawled into bed next to him. When his father did that, he usually had something to say to his son; but this time he initially remained silent.

“This time” Oz notes, “he did not touch the silence that was there between us, but shared it, with just his hand lightly stroking my head. As though in the darkness, my father had turned into my mother…  Then he told me in a whisper, without once calling me Your Highness or Your Honor (pet names his father almost always used when speaking to Amos), what some hooligans did to him and his brother, David, in Odessa, and what some Gentile boys did to him at his Polish school in Vilna, and the girls joined in too, and the next day, when his father, Grandpa Alexander, came to the school to register a complaint, the bullies refused to return the torn trousers but attacked his father, Grandpa, in front of his eyes, forced him down onto the paving stones in the middle of the playground and removed his trousers too, and the girls laughed and made dirty jokes, saying that the Jews were all so-and-sos, while the teachers watched and said nothing, or maybe they were laughing too… And still in a voice of darkness, with his hand still losing its way in my hair (because he was not used to stroking me), my father told me under my blanket, in the early hours of November 30, 1947, ‘Bullies may well bother you in the street or at school someday. They may do it precisely because you are a bit like me. But from now on, from the moment we have our own state, you will never be bullied just because you are a Jew and because Jews are so-and-sos. Not that. Never again. From tonight that’s finished here. Forever…’  I reached out sleepily to touch his face, just below his high forehead, and all of a sudden, instead of his glasses, my fingers met tears. Never in my life, before or after that night, not even when my mother died, did I see my father cry. And in fact, I didn’t see him cry that night either: it was too dark. Only my left hand saw.”

This is all you need to know to understand Zionism. It is the answer to the question: Why is there a need for a Jewish state?