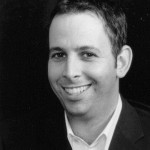 Few states in the world not taking direct part in the “Arab Spring” themselves have a higher stake in its causes, convulsions, and consequences than the State of Israel. Though none of the twenty-two members of the Arab League have completely eschewed the tumult that has swept across the Middle East and North Africa (MENA) since December 2010, those impacted most forcefully so far have generally been in Israel’s more immediate, oil-poor, neighborhood. The civil wars in Syria and Yemen; the rise to power of the Muslim Brother in Egypt, Tunisia (and to a large degree Turkey); deep instability in Lebanon, Libya, Jordan, Sinai and Iraq; and the growing role of Non-State Armed Groups (NSAG’s) such as HAMAS and Palestinian Islamic Jihad (PIJ) – all of these have literally transformed Israel’s strategic environment in less than two years. How is Israeli security policy adjusting to these dramatic changes, and with what consequences for key US interests?

Dr. Amichai Magen is a Professor at the Lauder School of Government, Diplomacy, and Strategy, The Interdisciplinary Center (IDC), Herzliya. He is also Head of Political Development at the International Institute for Counter Terrorism (ICT), IDC and a Visiting Fellow at the Hoover Institution, Stanford University. Between 2005 and 2009, Dr. Magen was a Lecturer in Law, Stanford Law School. He was also a Fellow at the Center on Democracy, Development and the Rule of Law (CDDRL), Freeman-Spogli Institute (FSI), Stanford University. His current work focuses on the rule of law and responsible sovereignty; political, legal, and institutional challenges in asymmetric warfare; and the growing challenge of weak and failed states in the Middle East.