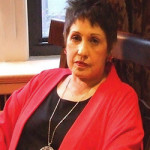 Phyllis Chesler is an Emerita Professor of Psychology and Women’s Studies at City University of New York. She is a best selling and influential author, a legendary feminist leader, and a psychotherapist and expert courtroom witness. Dr. Chesler has lectured and organized women’s rights and human rights campaigns all over the world and has also appeared in the world media as an eloquent and passionate commentator on the major events of our time. She has lived in Kabul, Afghanistan, and in Jerusalem and Tel Aviv. She currently resides in Manhattan.
Since 9/11, Dr. Chesler has focused on the rights of women, dissidents, and gays in the Islamic world; on anti-Semitism; the psychology of terrorism; the nature of propaganda, and honor-related violence. She has testified for Muslim and ex-Muslim women who are seeking asylum or citizenship based on their credible belief that their families will honor kill them.
Dr. Chesler has written fourteen books and thousands of articles and speeches, and has appeared in the mainstream, leftwing, and rightwing media. In the last few years, she has been interviewed hundreds of times about anti-Semitism, jihadic terrorism and honor-related violence against women, including honor killings, and has delivered many lectures on these subjects. She has been published, interviewed, and reviewed in The Washington Post, The International Herald Tribune, The Times of London, The Weekly Standard, National Review, Il Foglio, Ha’aretz, The New York Times, FrontPageMag.com, Salon, The Globe and Mail, The London Guardian, Yediot Aharonot, Science Magazine, The Jewish Week, The Jewish Press, etc. She is currently a Culture columnist at PJMedia, (formerly Pajamas Media), a contributor to FOXNews.com, and a regular contributor to Israel National News. Her archives reside at Duke University.