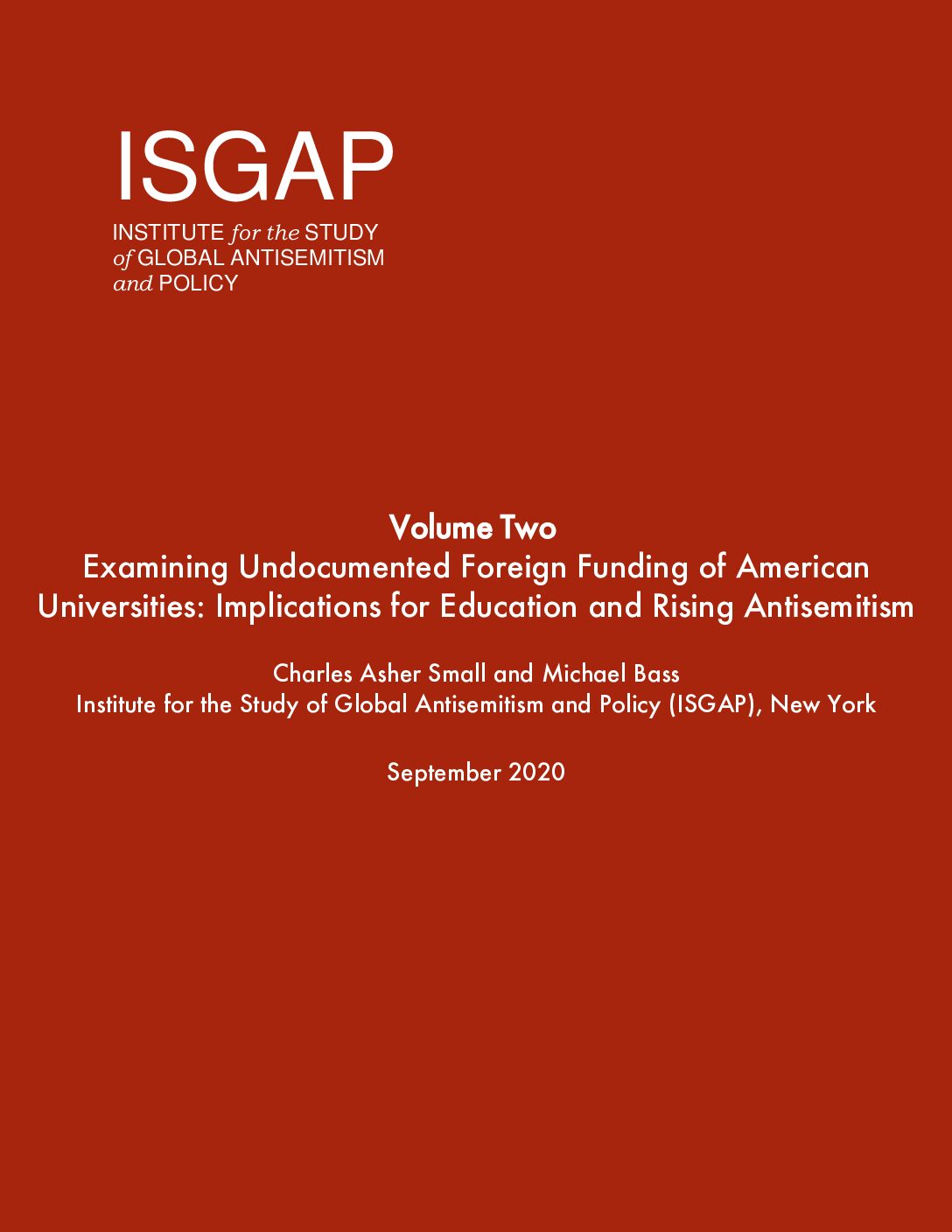 In July 2019 at the Department of Justice (DOJ) in Washington, DC, the Institute for the Study of Global Antisemitism and Policy (ISGAP) presented a summary of the findings of a research project started in 2012. This project, entitled Higher Education and Contemporary Antisemitism: Soft Power and Foreign Influence, examines the illicit funding of US universities by foreign governments, foundations, and corporations that adhere to anti-democratic and/or antisemitic ideologies and in some cases even have connections to terrorism and terror financing. The project revealed, for the first time, the existence of substantial Middle Eastern funding to US universities that was never reported to the Department of Education (DoED), as required by law. In fact, ISGAP’s research uncovered billions of dollars of unreported funds, which in turn led to the launch of a federal government investigation. This issue is of great importance since the funding in question has in some cases supported attempts to usurp or influence the academic curriculum and create an atmosphere on campus that promotes intolerance.