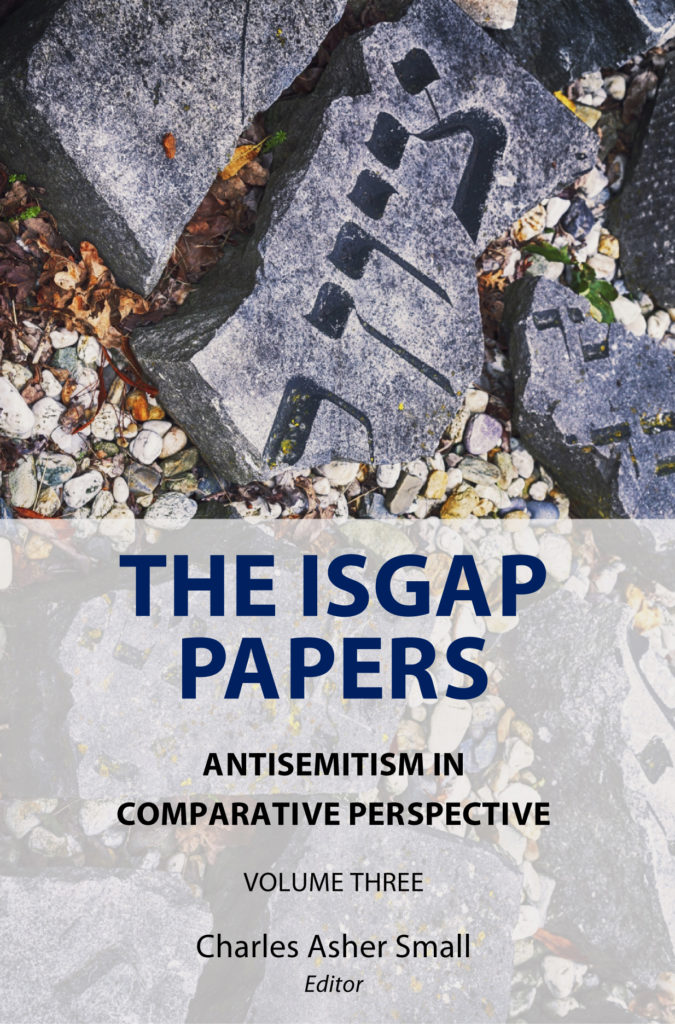 The “Antisemitism in Comparative Perspective” seminar series of the Institute for the Study of Global Antisemitism and Policy (ISGAP) continues to generate a steady flow of high-quality presentations and papers on a wide range of topics relating to antisemitism. Between 2015 and 2017, ISGAP hosted seminars at numerous academic institutions, including Harvard University, McGill University, Stanford University, Columbia University Law School, the University of Miami, Sapienza University (Rome), Sorbonne University (Paris), the National University of Kyiv, and the American College of Greece (Athens). The present volume―a worthy follow-up to The ISGAP Papers: Antisemitism in Comparative Perspective, Volume Two (2016)―contains a selection of papers presented during this period. Like the seminars on which they are based, these papers cover topics that have profound implications for our understanding of contemporary antisemitism, its impact on Jews and non-Jews, and our efforts to combat this irrational yet enduring prejudice.

It is the hope of all those connected with ISGAP that the papers in this volume will stimulate and inspire readers, help them understand the changing realities of contemporary antisemitism, and encourage them to develop policies and strategies to combat and defeat this and other destructive hatreds. With the publication of this latest volume, as well as all its other academic efforts, ISGAP continues to fight antisemitism on the battlefield of ideas.

Antisemitism and the Problem of Jewish Firstness – Adam Katz

Resentment, Anxiety, and Careerism: Accounting for Antisemitism in the Academy and among the Intelligentsia – Barry A. Kosmin

From Christian Antisemitism to New Antisemitism: The Case of Philoumenos of Jacob’s Well – David Gurevich and Yisca Harani

The Three Totalitarian Temptations: A Different Look at an Essential Aspect of the Palestinian-Israeli Conflict – Col. (res.) Dr. Eran Lerman

Butchering History But Not the Jews: The Case of Post-Revolutionary Ukraine – Samuel Sokol

Friends or Foes? Attitudes of the Czech Antisemitic Scene toward Islam and Muslims – Zbyněk Tarant