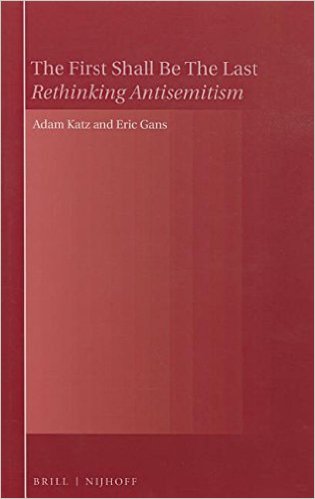 At a time when there is an evident socio-economic, political and cultural structural shift in the processes and practices associated with contemporary manifestations of antisemitism globally, it is important to explore its origins and examine whether the circumstances of its genesis can shed light on its longevity and adaptability. Few scholars are more qualified to undertake such a task than the authors of this volume, who have done so much to develop and advance the discipline of generative anthropology. In this study their groundbreaking hypothesis on the singular event that gave rise to human language and by extension human culture finds a fascinating parallel in the Jewish people’s discovery/invention of monotheism, giving rise to historical resentments and hostility. The volume will be of interest to scholars working in the field of anti-discrimination and antisemitism, as well as human rights scholars and cultural historians in general.

Chapter 8: How to Write about the Holocaust, Eric Gans;

Chapter 9: Jewish Firstness I: Until the Holocaust, Eric Gans;

Chapter 15: Christian and Jew at the Origin, Eric Gans;