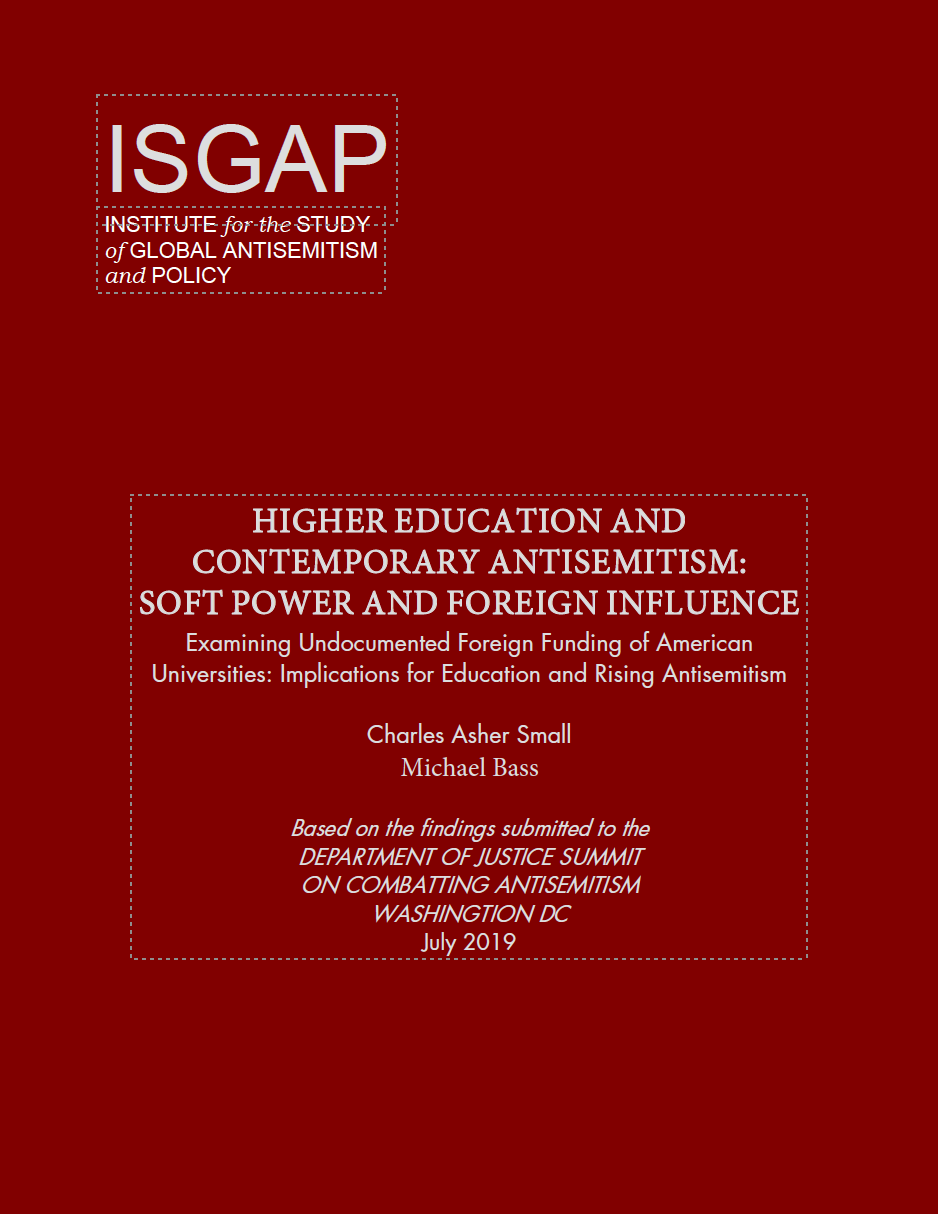 Based on findings submitted to the
DEPARTMENT OF JUSTICE SUMMIT ON COMBATING ANTISEMITISM, WASHINGTON DC, JULY 2019

The Institute for the Study of Global Antisemitism and Policy (ISGAP) commends the US Department of Education for its response to the research and data provided by ISGAP regarding the unreported foreign funding of certain US universities, including Harvard and Yale.

For more than seven years, ISGAP’s research project has assessed the foreign funding of leading US universities by Middle Eastern autocratic regimes, foundations, and affiliated corporations. In addition, it has examined funding provided by US-based corporations and foundations with connections to anti-democratic forces and ideologies in the Middle East. As reported by major media outlets, including the New York Times, the Wall Street Journal, and BBC News, it appears that Harvard and Yale have not identified or reported donations and contracts with foreign governments in the amount of at least $375 million. This is also borne out by ISGAP’s research.

A video of Dr. Small’s remarks can be found by clicking here.

Several major news organizations have reported on these groundbreaking revelations, including:

“US Investigates Harvard and Yale over Foreign Funding”
BBC News